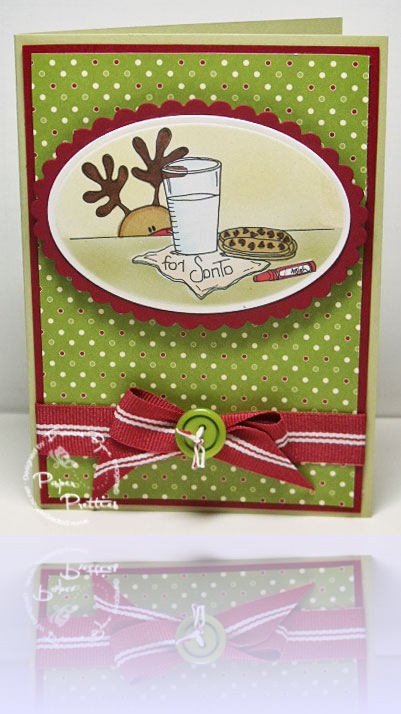 For my card, I used a digi image that was released a few week’s ago. This one is called Rudolph! Isn’t he a cutie, I guess he is checking out what goodies were left for Santa LOL!

After printing out my image and cutting it into an oval shape using my nestabilities die, I masked the image so I could airbrush around the image.

This is SO cute Frances! What a darling image! I need to hop over to PP and see what is new!

This card made me giggle!!! What a cute image! Love it!

So totally cute!! Love it!!