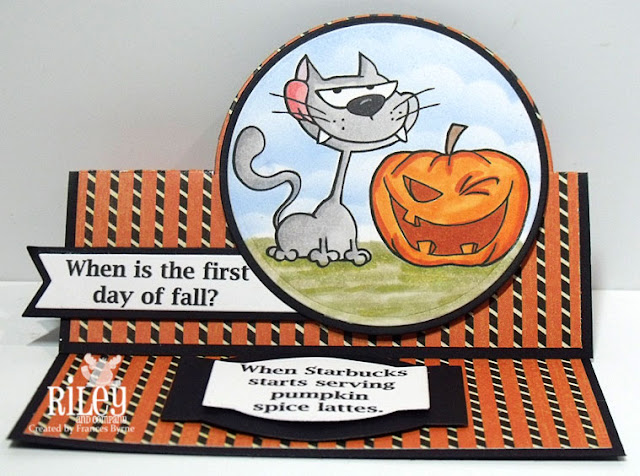 The Riley and Company Design Team are celebrating the new stamp release by bringing you .....

Inspiration Week with the Design Team

all week the Design Team will be sharing creations they have made using the new stamps.

There are 42 Funny Bones stamps; 11 Inspiration stamps and 4 brand new images for a new character called Burt (he's a cat!) ... which is just so much fun! These stamps are available to purchase on the Riley and Company website now!

Here are this month's release specials:

FREE SHIPPING (on any order over $20) until August 24th on ALL Riley & co stamps, including Riley, Funnybones, Inspirations and Burt stamps! Just put the word FREESHIP in the coupon code section when you check out.

Get the entire 12 piece Inspirations release for only $55 and save $23! 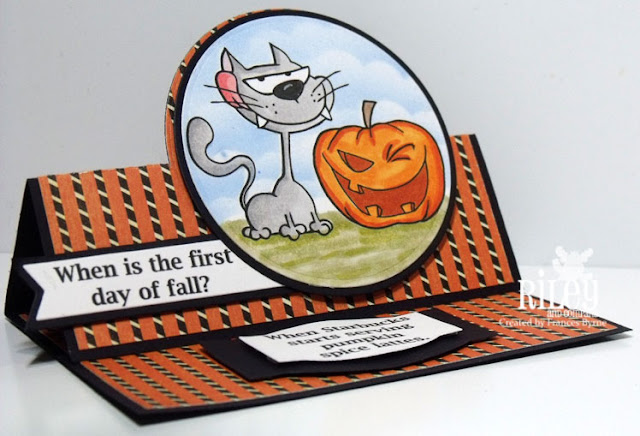 For my first card today I have made an Easel Card using the new Burt and Jack and the Pumpkin Spice Lattes Funny Bones sentiment. 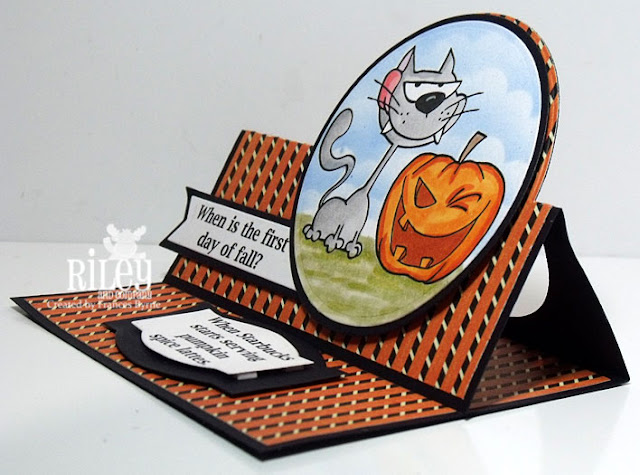 It is also challenge time with a couple of friends of mine. Each month we get together and go to our favorite stamp/scrapbook store and come home with one or two new goodies. So we decided to also challenge ourselves each month using a product we all have.

Last month when we went shopping, we all had to have the Tattered Lace Half Circle dies. I had actually purchased mine a few days earlier and my friends had seen what I had already done with mine that they needed them too hehe!

I have used the Half Circle die to create my Easel card. By placing the half circle on above the score line it cuts out the circle from the card. 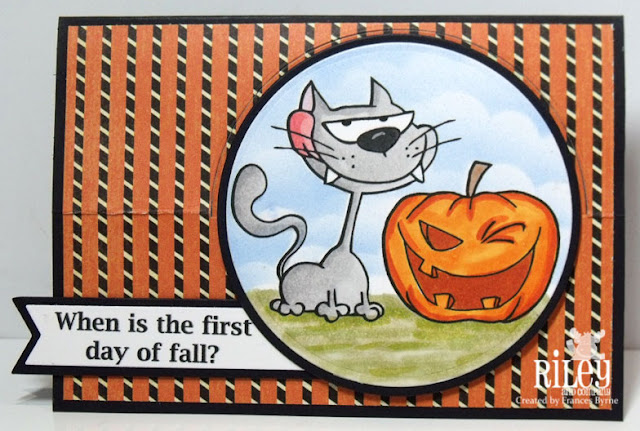 Here is my card closed ready to be placed in an envelope. 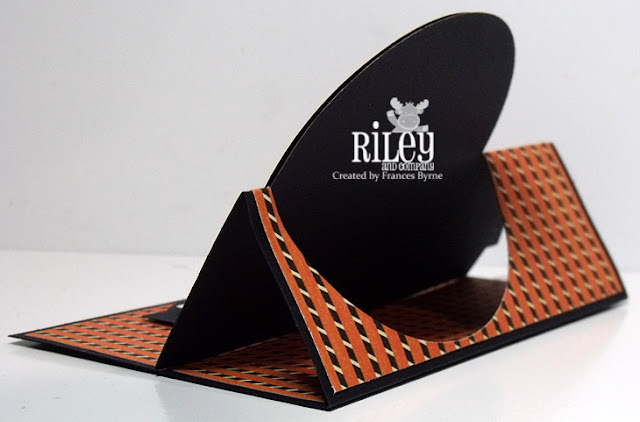 Here is a look at the back of my Easel card so you can see where and how I used the half circle die to create my easel card. 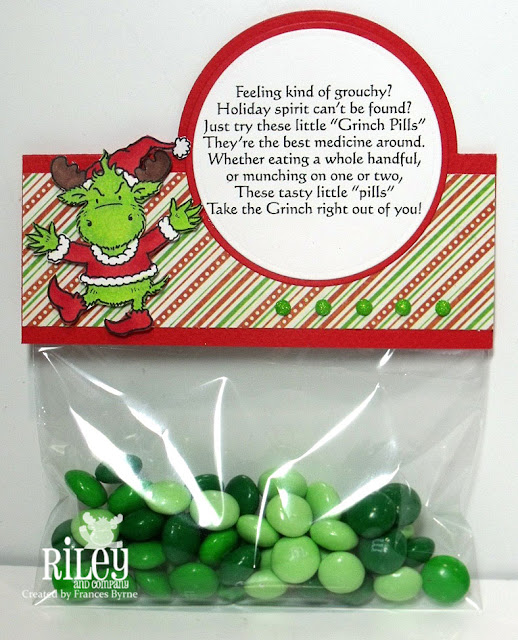 For my second project today I created a treat topper using the new Grinch Pills Funny Bones sentiment and Riley as the Grinch which is an existing stamp. 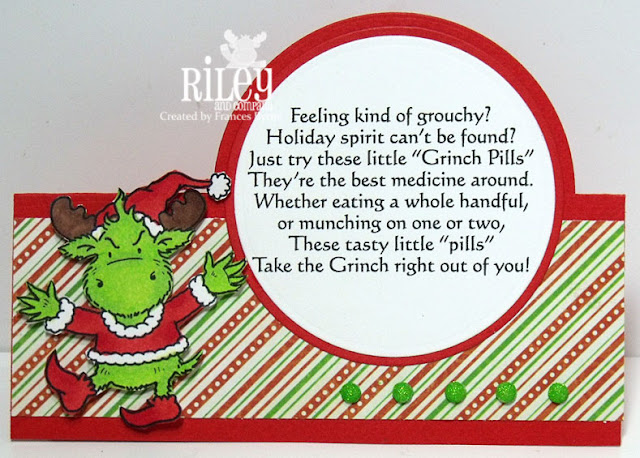 I have again used my Tattered Lace half circle die to create the pop up topper. 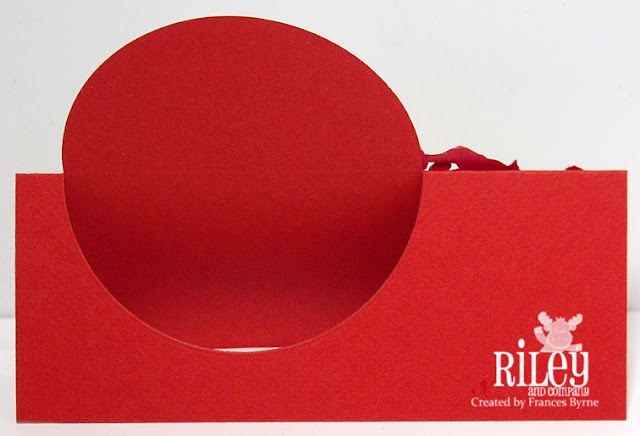 Wow Frances - you are rocking those half circle dies ... AND the new Riley stamps too!