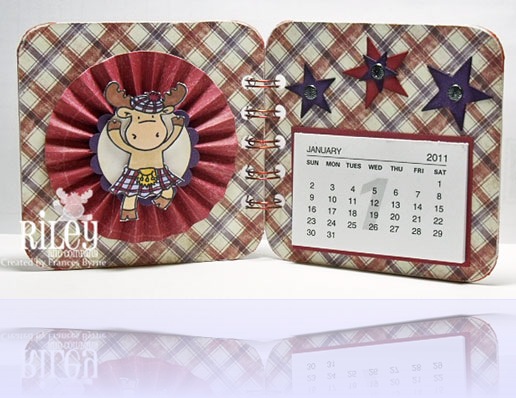 It’s day 3 of the sneak peeks of the new Riley stamps that will be released by Riley and Company, this coming Thursday 20th January.

Today I am featuring another of the new Riley stamps that are to be released, this one is called Celtic Dancing Riley. 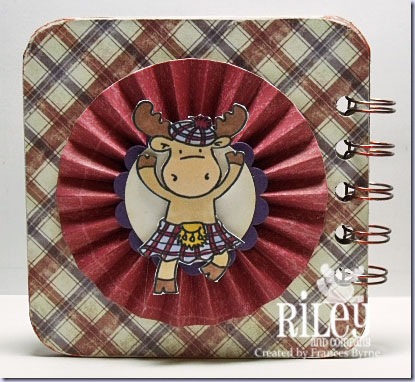 For my project today I decided  to create a calendar out of two coasters. After covering the coasters with designer paper I joined them using my Cinch and binding wire, just like I would a note book. 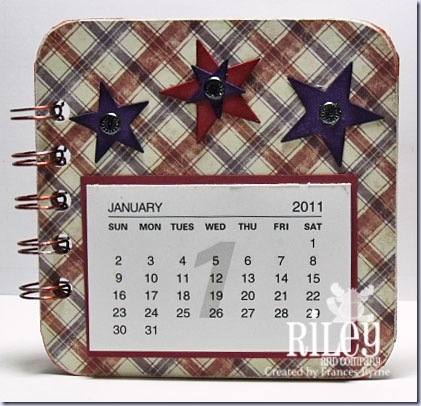 Don’t forget to check out the rest of the Design Teams blogs today so see what they created for this challenge, I am sure they will also be using some of the new stamps that are being released this week.

I will be back again tomorrow with another sneak peek to share with you all. Don’t forget the Riley & Company Blog hop which will be held on Thursday 20th January starting at 10 PM EST.

Wonderful Frances, love your calendar...love the paper and of course..Sophie! HUGS

Very cool; love the plaidwork with this dancing Riley.

great calendar, I gotta get one of those rosette dies.

Now this is a great calendar! Love it.