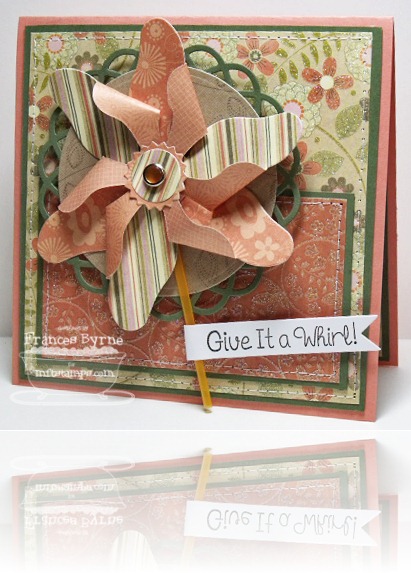 It’s release day over on MFT Stamps, which means it is time to join the MFT Stamps Design Team for another "Blog Hop and Shop!".

The hop started at Kim's (MFT Lady) blog so if you didn’t start from there you may want to head over there now so that you can start at the beginning of the hop. You don't want to miss anything and believe me there is lots to see!

Tonight I am featuring one of the new stamp sets that are being released, Perfect Pinwheel Die-namics and Stamp set. This is such a fun set! 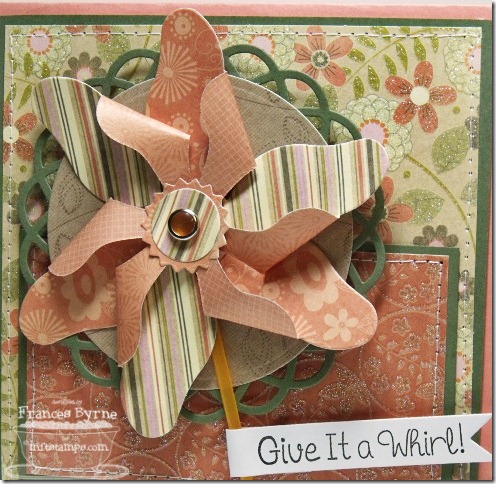 For my first card I die cut the pinwheel using two different designer papers. This was layered onto the Die-namics Dizzy Doily die and the sentiment was stamped onto the smaller ribbon from the Die-namics First Place Award Ribbon Die. 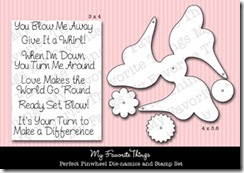 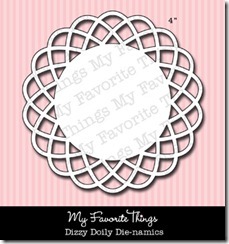 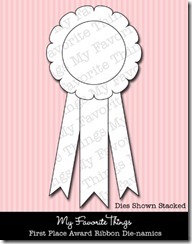 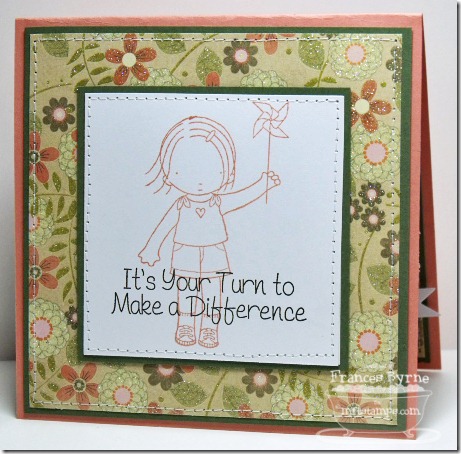 Here is the inside of my card, I added another of the sentiments from the Perfect Pinwheels stamp set. I also added the PI girl from the new PI and the Pinwheel stamp set that is also being released today. These two sets work so well together. 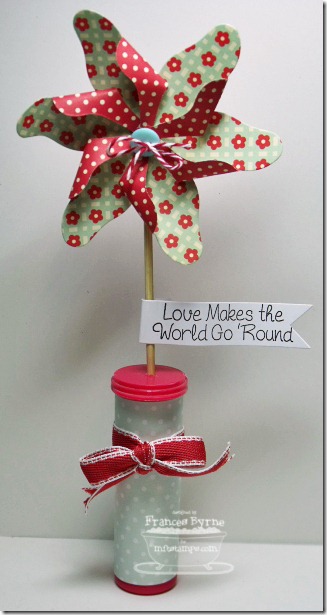 For my second project today I decided to use the Pinwheel as a decoration. This time round I die cut the two pinwheels using the same designer paper rather than two different ones like I did for my first project. The Pinwheel is standing in a used mini M & M container that I covered with designer paper added a ribbon. The stick holding the pinwheel is poked through a hole I put into the lid of the container. 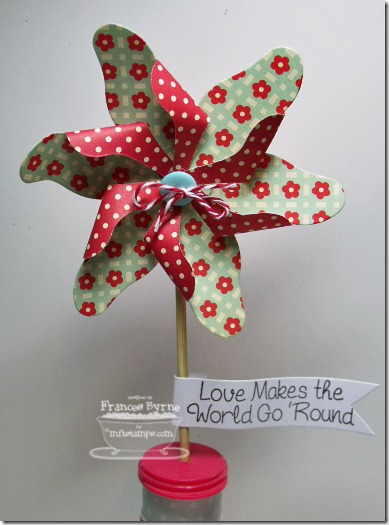 This time round I used the larger of the two ribbons from the Die-namics First Place Award Ribbon Die.

Well that is about it from me for today, now it is time to hop on over to the blog of the incredibly talented Inge Groot and see what awesome creation she has to share with you today.

Email ThisBlogThis!Share to TwitterShare to FacebookShare to Pinterest
Labels: Anything but a Card, Die-namics, MFT Stamps, Sewing

These are AMAZING Frances! I am OVER the moon for the pinwheel layered on top of the doily! GENIUS!

These are fantastic, Frances! SO fun!

The pinwheels are so cute!

Love your pinwheels, these are so great! And the paper and design are fabulous.

Too, too cute! The pinwheel and the polka dots are so sweet!

Fun - love the pinwheel on the outside and the PI girl on the inside :)

I like the soft colors, and the matching of the pinwheel with the PI stamp!

What gorgeously fun projects Frances, I love them both!

Fabulous projects Frances, love them both!

Great projects Frances, I love them!

OMGoodness! Here's that adorable pinwheel again! I absolutely love each of your projects! Just beautiful!

Great cards Frances....especially love how you stamped the little PI on the inside too!

your pinwheels are fantastic! loove these.