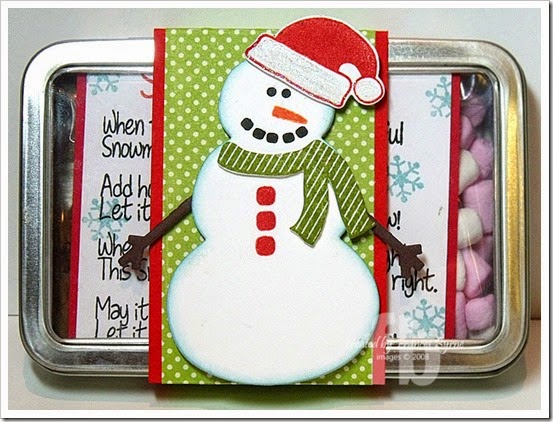 The Stamps of Life are releasing three new stamp sets today, the stamp set I am featuring is Soup4Snowman. This stamp set coordinates with the Snowman2Build Stamp set which was released on the first of the month. 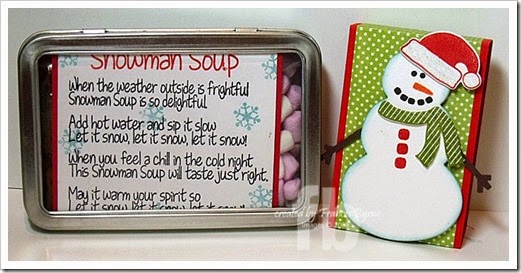 This stamp set contains a fun Snowman Soup poem that you can use to create fun gift packs to give as Christmas Gifts. It also has a fun Santa hat in the set, there is a die that came in the Snowman Die set which if you are a Die Hard Club member you would have received as this months Die Hard Club set … if not you will have to wait until the 20th of the month to purchase the set.

Oh and there is also a striped scarf stamp also included in the set which I have used on my project above. 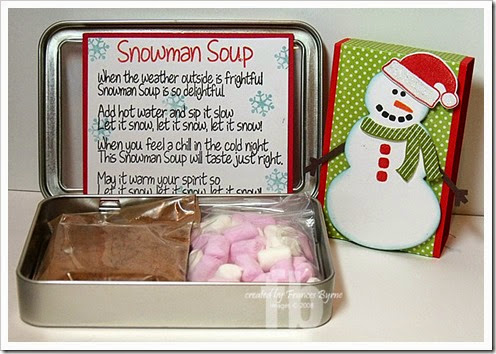 As you can see, I have used the Snowman and the Snowman Soup Poem to decorate a tin and I have added marshmallows & Hot Chocolate Powder in tiny plastic bags. 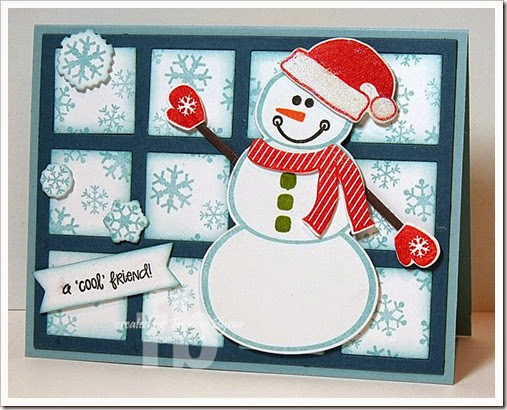 For my next card I used the new Sizzix/Stephanie Barnard Window Framelit which is being released by  Sizzix this month to create my background and then added my Snowman.

For the background I die cut the window/grid twice once from blue card and once from white which I had first stamped snowflakes all over. The snowflakes are also included in this stamp set. 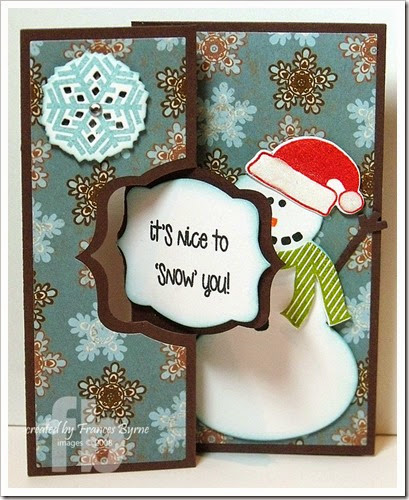 And finally I  created a Flip-its card using the Sizzix Royal Flip-its Card Framelits. The large snowflake in the top left corner is from another new set being released today called snowflakes2stamps. 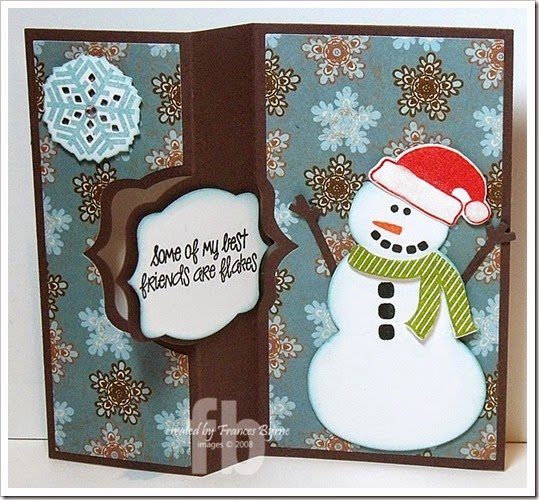 Here is the ‘flip’ side of my card, I love that fun sentiment