All Aboard, Riley and Friends A little while ago Tanya the owner of Riley and Company, asked me to make a card for her that used the Karen Burniston (KB Riley LLC) Train Pivot Panels die set using Riley and some of his friends. Tanya wanted something similar to a card Karen Burniston created some time ago. You can see Karen's card she created here.

I am always up for a challenge, so this is what I came up with. 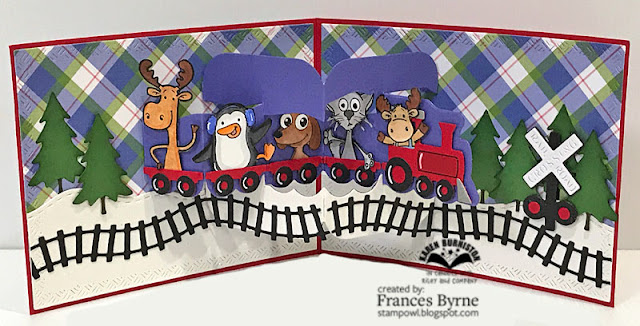 I used the Crosshatch - Rectangles for the panels on my card, inside and out. I used the same rectangle die for the glitter cardstock for the snow area and then used the snow border from Nature Edges die set for the snowy border. I also added a glitter panel to the bottom section of the Train Pivot Panels. 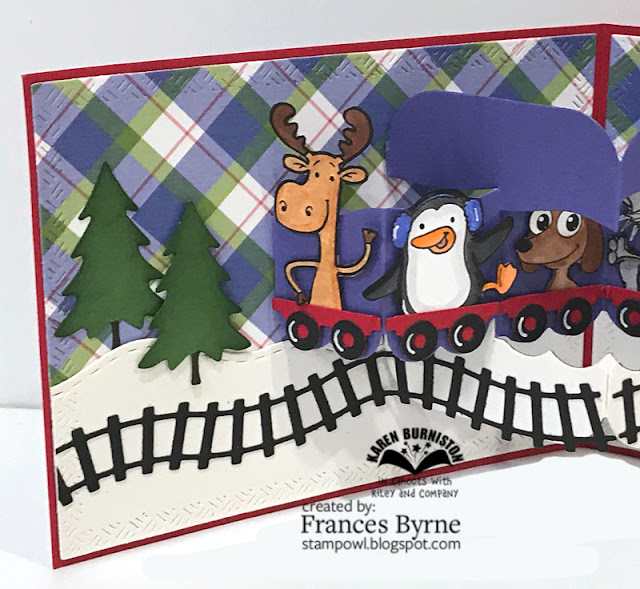 I trimmed off the tops of each of the train carriages, so that we just had flat trailers behind the train.

I then added some of  Riley and Company's characters to each of the carriages.

In the far left carriage I added the newest Riley and Company character ... Edgar. Next I added Percy from the Riley and Percy Snow Dancing stamp.

The dog is Tucker the dog, he was too big for the train, so I had to reduce the size of this image which I did with permission from Tanya. 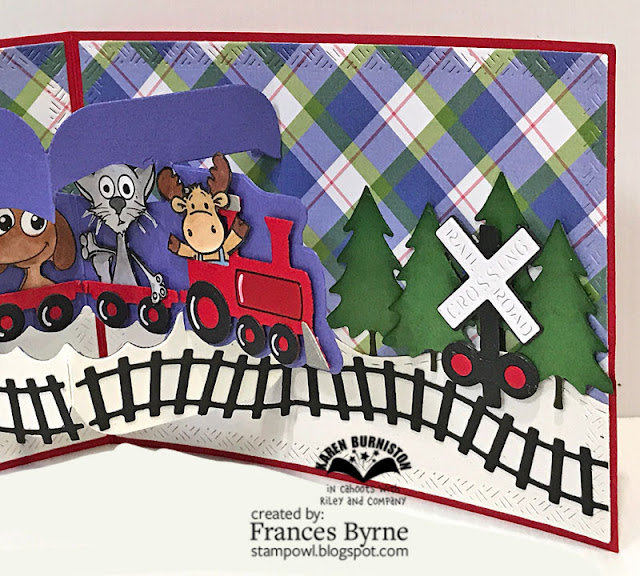 Next up is Felix the Cat. I cut off the cat's arms and tail. I placed the tail next to the cat in the carriage, so it could be seen. I then shortened both the arms and reattached them to the image.

Of course the train needed a driver and who better than Riley. I looked through my Riley collection for an image that was looking front on and waving and was small enough to fit in the window of the train. I used Parachute Riley for this purpose. 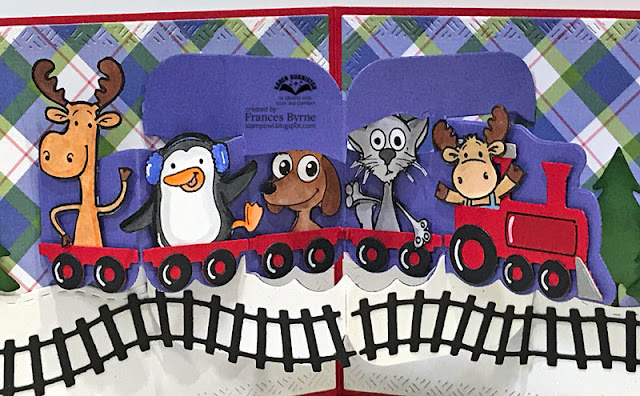 Here is a close up of the train, so you can see all the characters together. 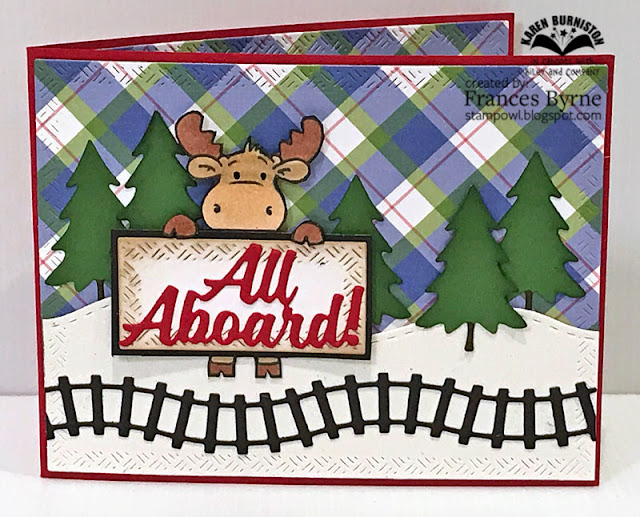 For the front of the card, I replicated the panels on the inside using the same patterned paper and glittered cardstock. I added the train tracks along the bottom and the trees along the top of the snow.

I used the Riley and Company "Or Bust" stamp for the sign. As I wanted to include the All Aboard sentiment from the Train Elements die set I had to make my own sign portion to replace the sign Riley was holding. I did this using the Crosshatch Rectangles die set. I then removed the sign from the Riley image and added him to my new sign.

I love Riley and friends!!

What a creative way to use all those fun Riley characters!