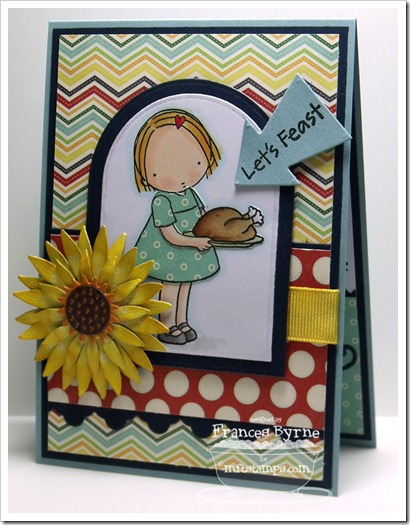 I have another  MFTeaser to share with you all today in readiness of the MFT Stamps new release, this coming Monday 10th September.

Today the MFT Design team are featuring the “Pure Innocence” range which are being released. For my card I decided to use the Pure Innocence Turkey Time stamp set. I paper pieced the girls dress using designer paper.

For the layout of my card I used this months sketch for the MFT Stamps Guest Designer Contest, you still have time to enter a card for this contest.

I stamped the girl and layered her using the Die-namics Rounded Banner STAX . I added the sentiment to one of the arrows from the Die-namics Lead the Way set. Along the bottom of the card I used the Die-namics Triple Scallop Borders . On the sketch it shows a ribbon but I decided to substitute that for the sunflower which was created using the new Die-namics Sunflower which is also being released on Tuesday night. I did use Lemon Drop Ribbon underneath the image though.

Also being released this month is a new color to MFT Stamps Replenishments line which is Nightshift Blue. This is what I have used for the layers of my card. 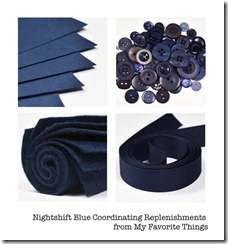 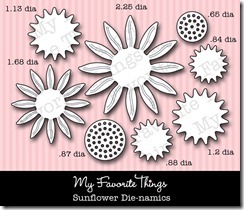 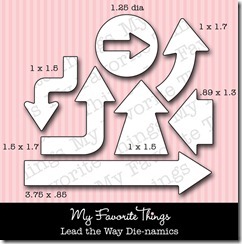 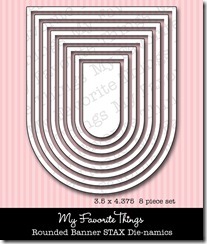 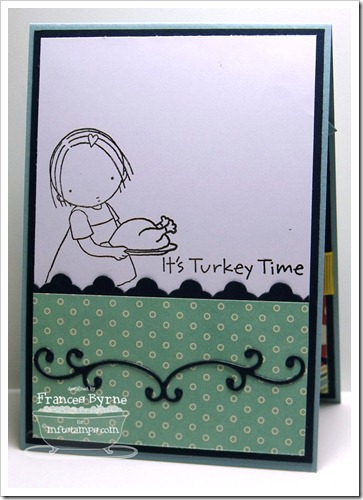 Here are the details about the upcoming release:

Love how the arrow is pointing to the delicious looking turkey!!! So pretty!!

Adorable card! That sunflower is so pretty.

Frances, wow this card is so pretty! Love the papers you chose and love all the details you added!

I love the new sunflower dies!! It is such a happy flower!!

Frances, this is darling!

OMG!! This set is SO CUTE!! I LOVE the fun card and the cute elements that you used!! THANKS for sharing and have a FABULOUS WEEK!! =)

Your card is adorable. I can't wait to get my hands on that Nightshift Blue product. It's beautiful. (I love the little flourish you added to the inside of your card, too, along with the cutesy border.)

So adorable. Love the PI image and the pretty sunflower. There is that pretty flourish also, love it.

Chevrons and polka dots and arrows, Oh My! Beautious Frances! Love your work!

I so love that sunflower! Gorgeous Frances!

So cute! Love the flower and the papers!

Such a CUTE card!!!
Have a GREAT day!

So sweet, Frances! I love the big arrow and gorgeous sunflower.

So super cute and i love your sunflower

What a fun card!

So cute. I love your sunflower.

LOVE the arrow pointing to the turkey! SO fun!