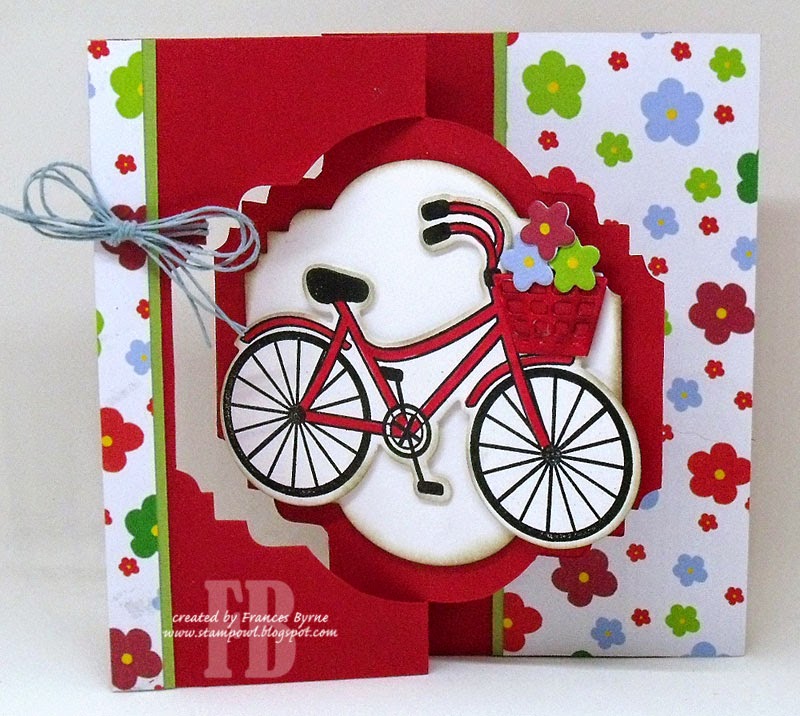 The Stamps of Life are releasing three new stamp sets today. The stamp set I am featuring is Morebicycles2stamp which coordinates  with this month's club stamp bicycles2stamp and the coordinating bicycles die.

For my first card today I create a flip-its card using the Sizzix Majestic Flip-its Card Bigz die. I die cut the flowers directly from the TSOL Designer Paper that I used on my card using the die from the coordinating Bicycle set which if you are a "Die Hard Club" member you already have :).  Otherwise you need to wait until the 20th of the month until you can order the die set. 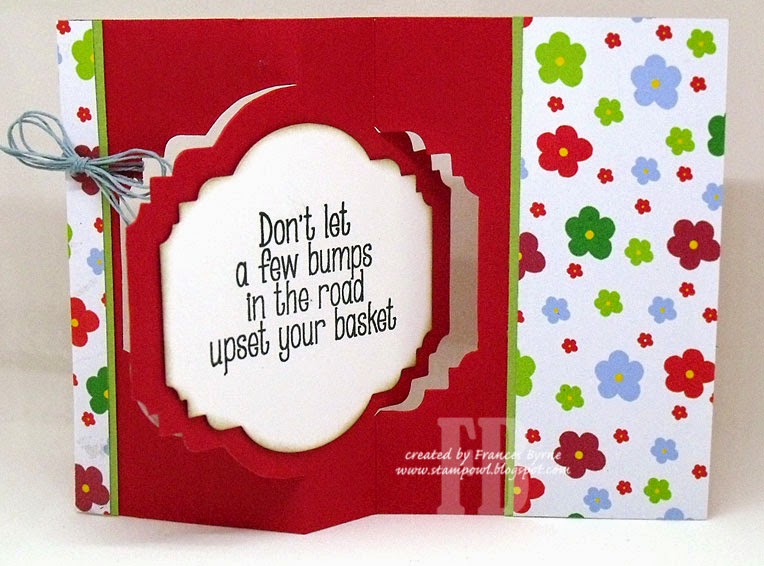 Here is the 'flip' side of my card, I used one of the sentiments from the morebicycles2stamp stamp set. 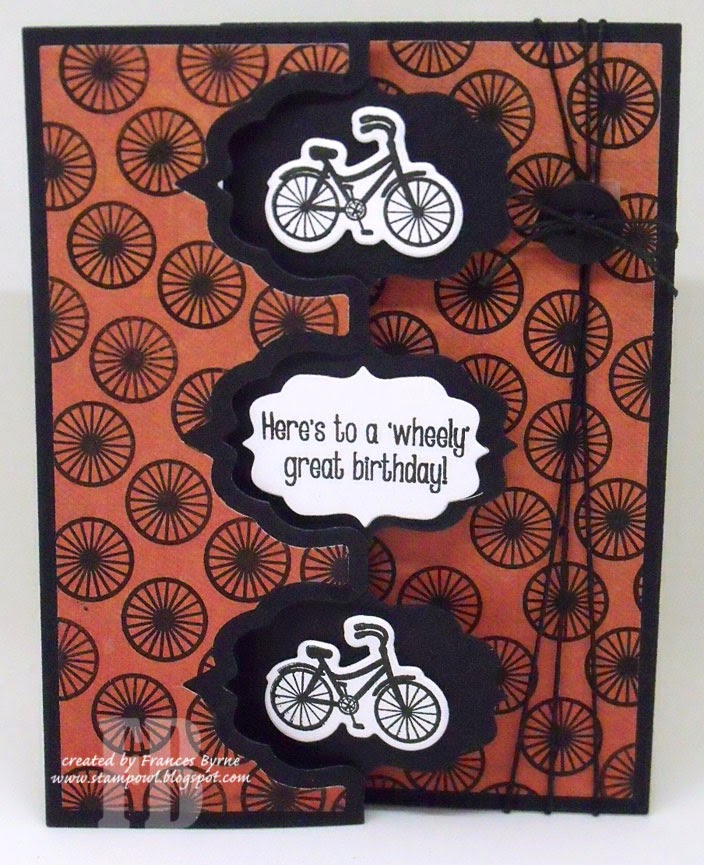 I created the background paper using the spokes background stamp which is  included in the MoreBicycle2stamp stamp set. 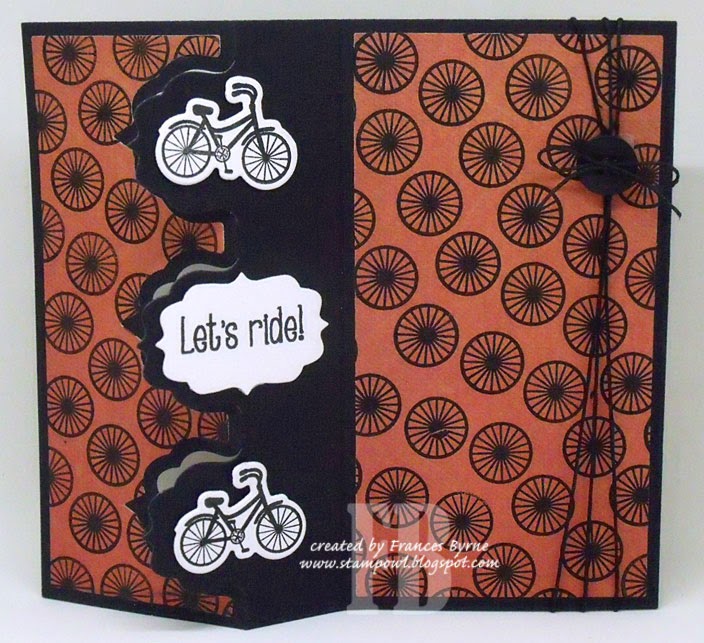 Here is the 'flip' side of my card. The "Let's Ride" sentiment is also from the morebicycles2stamp stamp set. 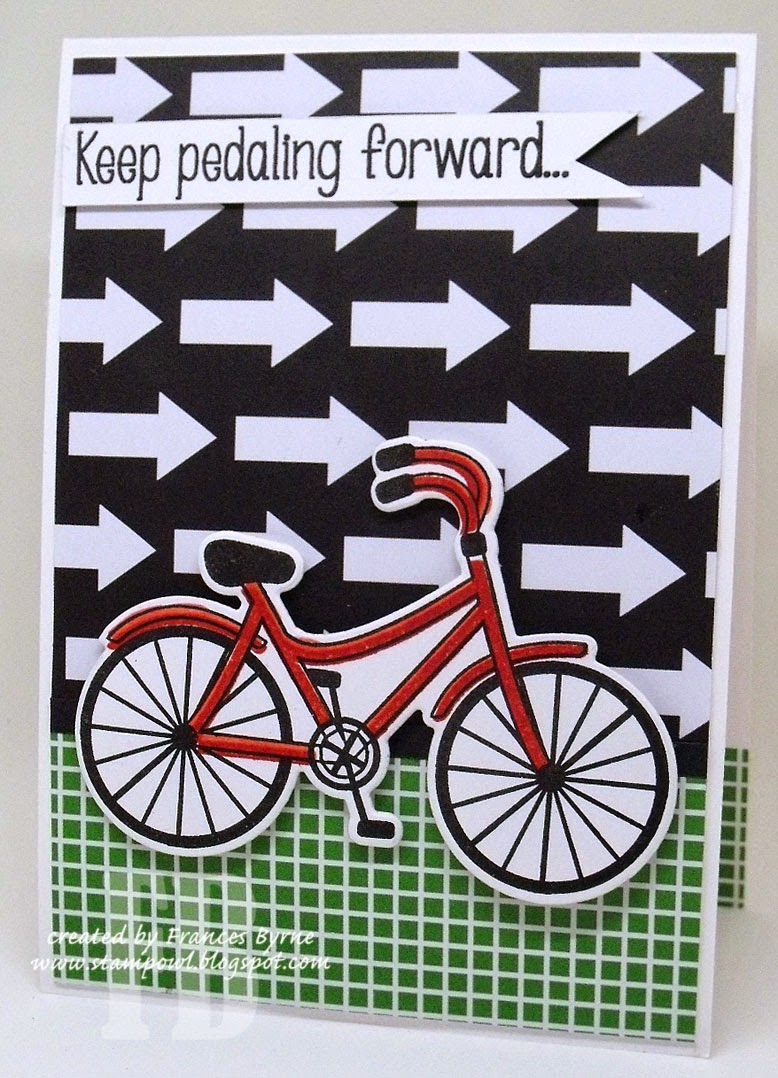 For my final card today, I created a CAS card. using designer paper from TSOL. After I finished my card and was looking at it,  I thought wow I fluked that I put the arrow designer paper the pointing forward which matches the sentiment I used haha! 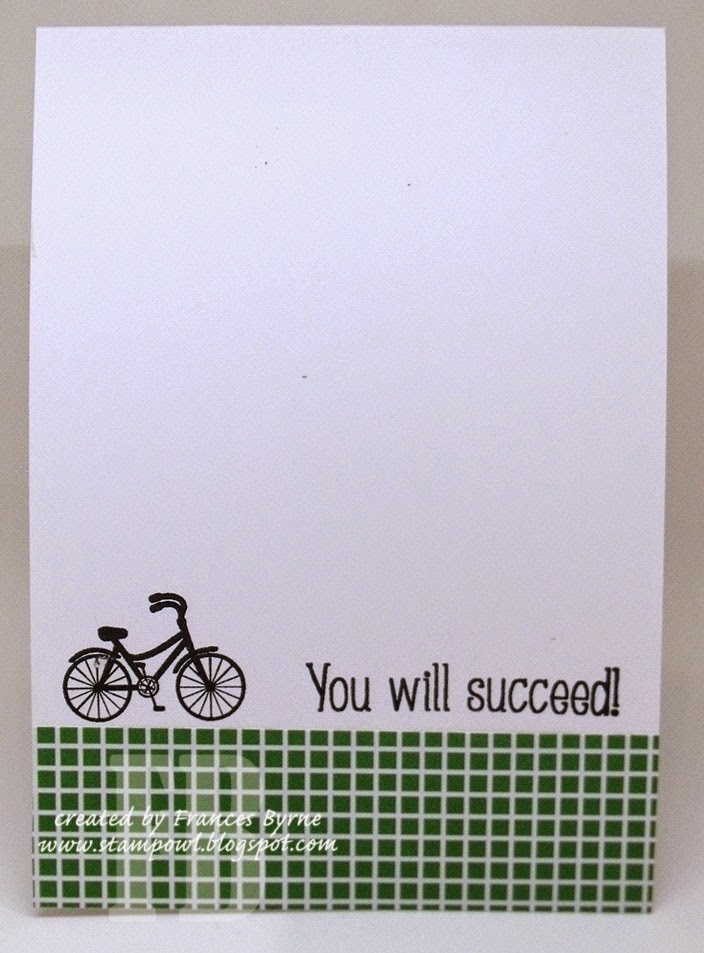 I added designer paper to the bottom of the inside of my card and also stamped the small bicycle and another sentiment.

Email ThisBlogThis!Share to TwitterShare to FacebookShare to Pinterest
Labels: Sizzix, Sizzix Flip-Its, The Stamps of Life

Wow - great cards, Frances. I love that bicycle set, and all the fun things you did with it.

great bike....love that dp with the bike theme