Walk on the Wild Side! 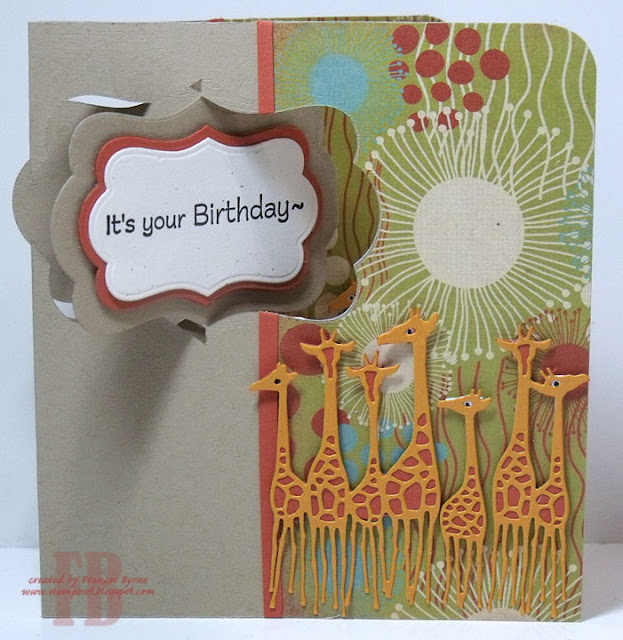 Today I am playing with some new dies I purchased recently. The base of the card uses the Katie Label Pivot Card die set designed by Karen Burniston for Elizabeth Craft Designs.

Did you know that a group of Giraffes is called a Tower .... I didn't either until I purchased this die set which is called A Tower of Giraffes. Always good to learn something new right! 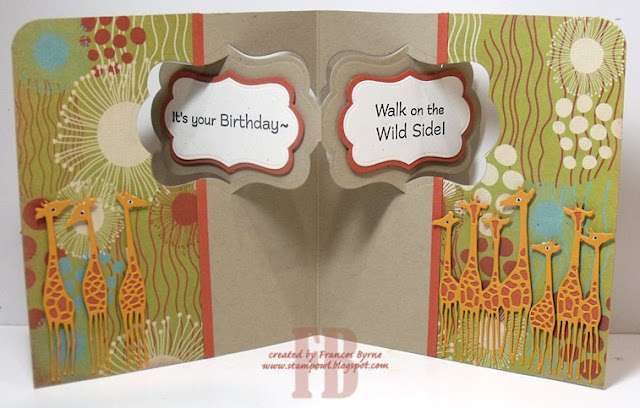 On the inside of my card I added a few more of the giraffes from the die set. The die set has a total of 10 giraffes on it so I added 3 to the left hand side of the card and 7 on the right hand side. 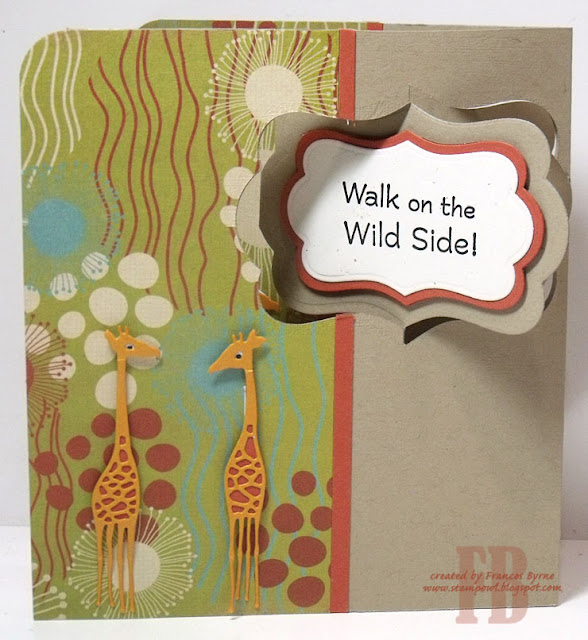 One thing I love about the pivot cards is that the back also has some interest to it. As I had a few giraffes left over from making this card I decided to add two of them to the back of the card.

This card is a "towering" success. Love those giraffes and your designer paper.

Love these dies ... never seen them before, so really enjoyed your giraffe Pivot card!