Today I am playing with a couple of new dies I received recently which are from Mama Elephant.  I thought these would be lots of fun to die cut and have the grandkids have fun creating various faces and animals the next time I have them over on their own. I know my grandson had lots of fun playing with the Paper Smooches Bear/Frog die set recently. 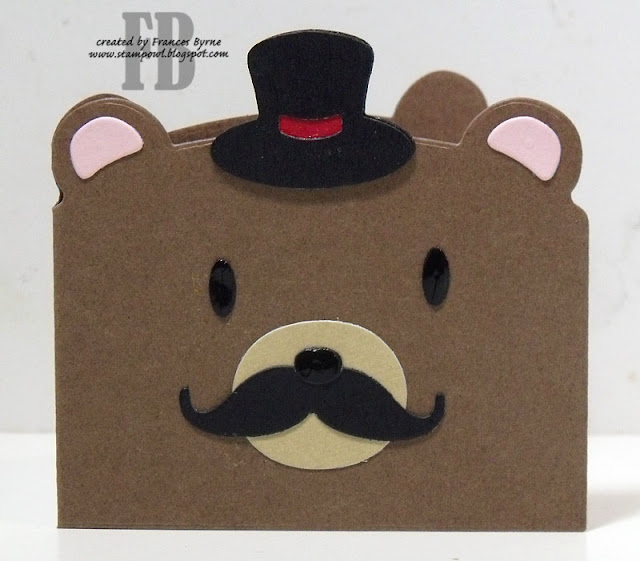 I decided to create side folding shaped cards using the dies, these will be fun to give to the kids. This card uses Mama Elephant's Favor Bag Accessory - Bear die set. Once I had added all the elements to the card I used Black Ebony Gloss Nuvo Drops on the nose and eyes to accent them. 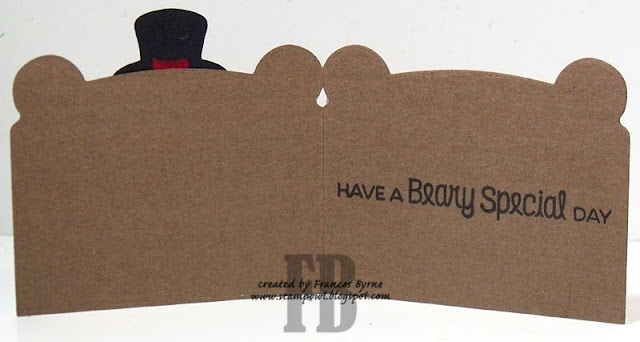 On the inside of the card I added a "bear" sentiment. 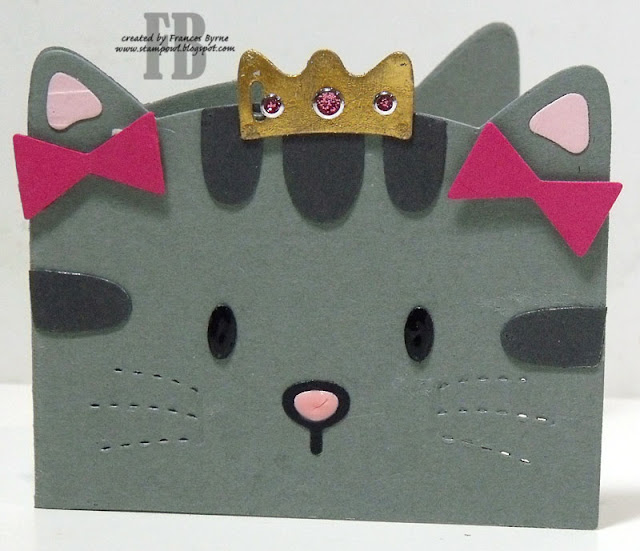 For my second card today I used the Favor Bag Accessory - Cat die set. I accidentally pulled some of the card when I was removing the masking tape holding the cat face in place, so to hid that I had a dark grey "mark" on either side of the card. I again used black Nuvo Drops for the eyes, and clear for the nose.

For the crown, I added Clear Double Sided Adhesive Tape on both sides of the cardstock before die cutting and then added gold foil on either side of the crown. I added Pink/Silver Glitter Dots Peel Off Stickers to finish off the crown. 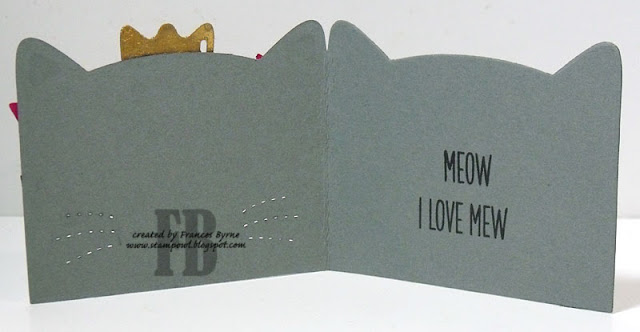 For the inside of this card I added a couple of "cat" themed sentiments.