Fun In The Sun Shadow Box! 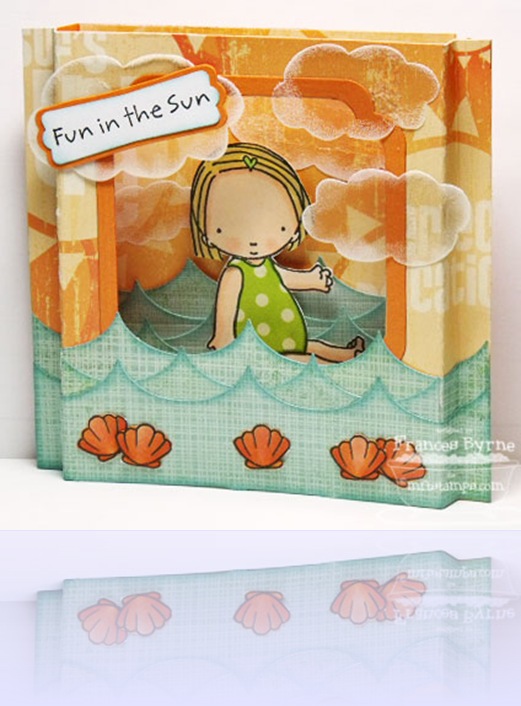 Before I get into my card for today …. Happy Mother’s Day for all those Mothers out there, I hope you have a fantastic day!

At the beginning of the MFTeasers I posted a sneak peek of the new Die-namics dies that MFT Stamps has just recently released. One of these was the MFT Die-namics Jumbo Scallops Die and I showed you on my post that the piece left over after you cut out the scallop die looked like waves when you put a few together. At the time I only had a sample of the waves … as I hadn’t had time to create a card using the waves.

Well I have finally managed to get a card made using the waves I had created back then …. I created a shadow box card. I added the waves using MFT Die-namics Jumbo Scallops Die to both the outside of my shadow box and the inside. 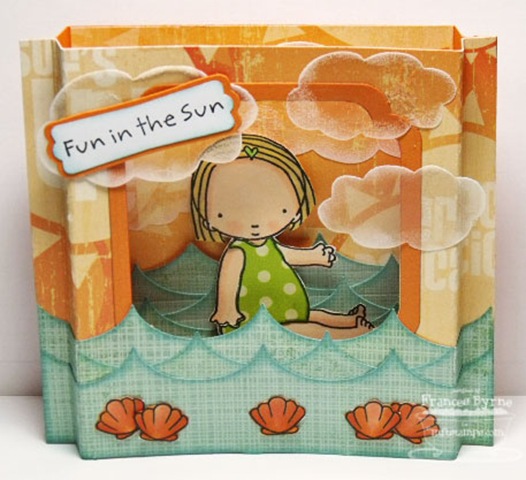 The clouds are also one of the new MFT Stamps dies - MFT Die-namics Clouds …. for my card I die cut the cloud die using clear acetate. My acetate is thinner than normal card, so for a clean cut I suggest adding a shim to the sandwich. After I had diecut the clouds I sponge white ink using stazon white. 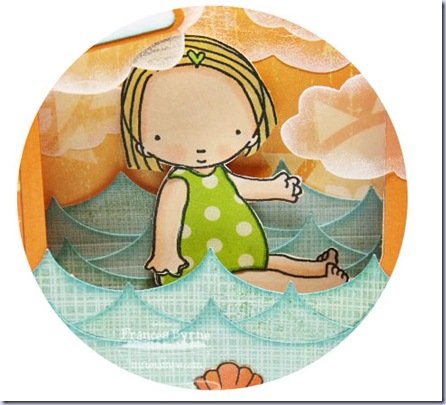 Here is a close up of the waves and also the Pure Innocence ‘Bum Beach” girl.

This is AWESOME - what a fantastic shadow box. Hope you have a wonderful Mother's Day.

This is just the cutest Hoots!! I LOVE your shadowbox!! The waves and clouds are just super fantastic!! WOW!

Wow, this is just so adorable, love how you have created this card, the waves look os real, and the little girl looks like she's enjoying it!

Oh my word! This is the CUTEST~

Oh my word! This is the CUTEST~

Happy Mother's Day to you!
This card is so beautiful! I love the effect with the waves, clouds, and all the great dimension it has.
Thanks for the inspiration!

Oh my goodness... this is fabulous!! I love what you have done with the dies! Totally love the shadowbox too. Hope you had a terrific Mother's Day!

I haven't commented on this one yet and have been saving it in Google reader because I didn't know what to say cause it is soooo cute!! Frances, this is amazing!