We’re Off To See The Wizard! 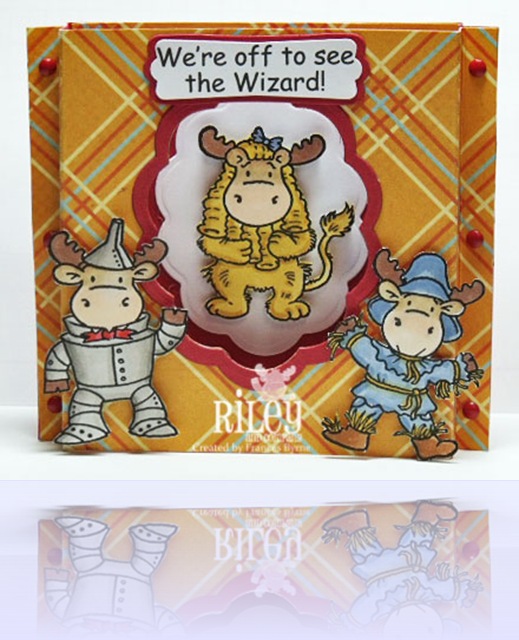 Today starts the beginning of the sneak peeks of the new Riley stamps that will be available from Riley and Company this coming Thursday 20th May.

We are all super excited about the new stamps being released this month .... Riley in Oz! This series of Riley stamps has to be my favorite Riley stamps yet!!!!!!!

You will get to see the whole cast of Riley in Oz character this week which include Sophie as Dorothy, Riley as the Tin Man, the Cowardly Lion and the Scarecrow. Also available will the the Good Witch and Bad Witch, new word sets and some flying monkeys! You are going to LOVE them!!!!!!!!!!!

For my card today I decided to use 3 of the new stamps that are going to be released …. Tin Man Riley; Scarecrow Riley and Cowardly Lion Riley. Aren’t they all such fun!!!!!! 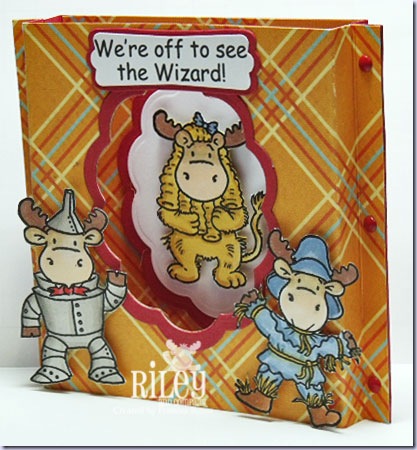 As you can see I created a “shadow box” card, with the Cowardly Lion featured in the centre of my box. Both the Tin Man & the Scarecrow are attached to the outside using foam tape. 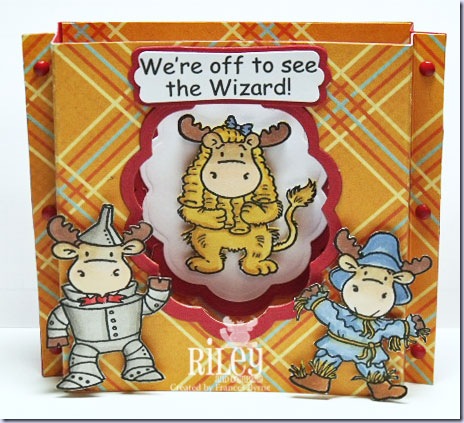 Here is one more photo of my card at a different angle. The sentiment used on my card is from the new Riley Oz Sentiments which are also going to be released on Thursday.

The rest of the Riley and Company Design Team will also be sharing their cards they have created with you this week, so don’t forget to check them out too.

I will be back again tomorrow with another sneak peek to share with you all. Don’t forget the Riley & Company Blog hop which will be held on Wednesday 19th May starting at 10 PM EST.

Frances, your card is fabulous, love the images and your coloring!!!! Well done..;-) HUGS!

How cute!! Love these new Rileys and your card too!!

OMG, these are just too cute!!!! I love your card, the colors are fabulous with these images!!!

So cute! Can't wait to see them all!

Oh Frances - you blow me away! This is absolutely FANTASTIC!

What a cute card. I cannot wait to see the rest of the stamps.

Good afternoon hunny wow you've been busy since my last visit. I am loving your latest makes. The alota card is stunning hunny what lovely images! hope you are well thank you for your inspiration, hugs Linda x

I get a new favorite stamp with every card I see. Right now I think my favorite is tin man.

I love how you colored all of them and the colors that you picked out to use.

Darling! The plaid and the shadowbox effect suit this perfectly. Great Job!

I love this style card and those characters are soo adorable!

so precious! LOVE it!

I just love this card Frances! The colors are just perfect.
WOW!