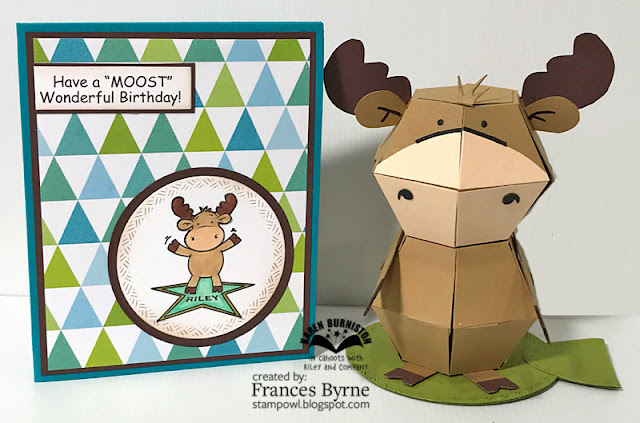 I have been having lots of fun lately created this fun animals using Karen Burniston's KB Riley LLC Surprise Ball Pop-up die set. Recently Tanya the owner of Riley and Company and part owner of KB Riley LLC asked me if I could make her a Surprise Ball Pop-up Card that looked like Riley the Moose which is a popular stamp sold by her company. Of course I am always up for a challenge, so of course I said yes.

Here is a quick video of my card in action. 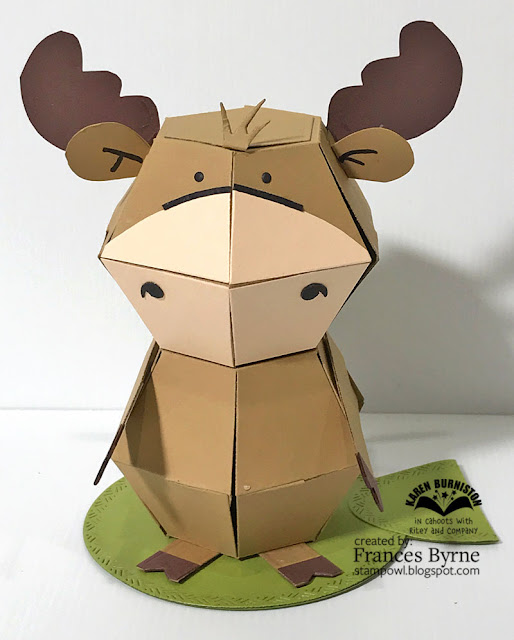 To create the face, I die cut the main die from the Surprise Ball Pop-up die set from a lighter tan card. I trimmed off two segments which I adhered to the bottom of the top ball for part of the face. I  trimmed of two more segments and used an oval die as a template to trace a curve at the top of the segments, and adhered these to the top ball for the other part of the face.

I created two nostrils which I placed on the bottom face area. 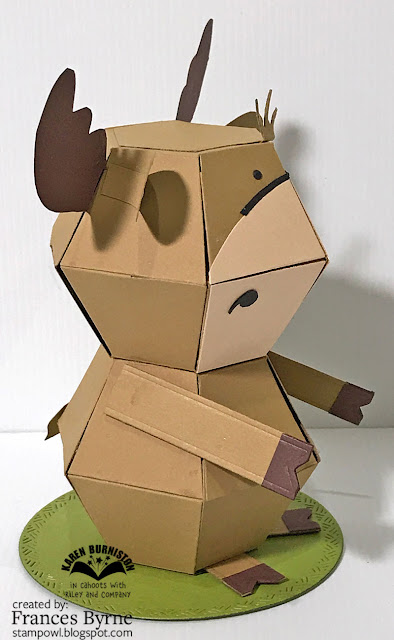 As I have most of the Riley stamps, I used one as a model to create enlarged antlers and ears so they resembled Rileys and added them to either side of the head.

For the little tuft of fur that Riley has at the top of his head, I die cut the grass from Nature Edges die set, layering two pieces together for extra strength and trimming off any extra blades of grass. 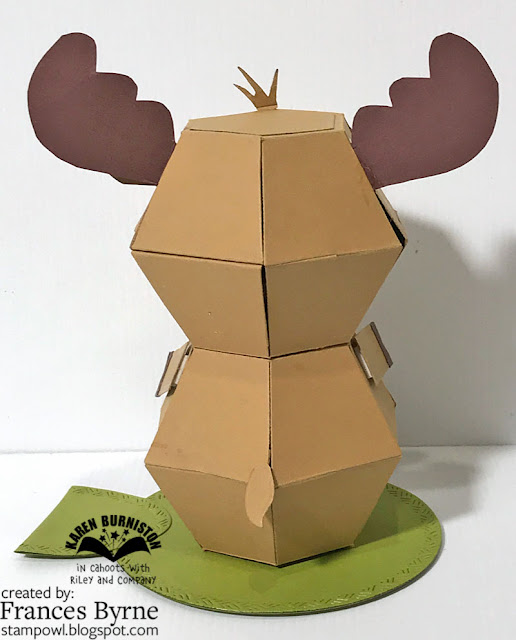 Of course Riley had to have a tail, and for that I used the small flame from the Rocket Pop-up die set, trimming off the section I needed. This is adhered to just one side so the ball can open and close when needed. 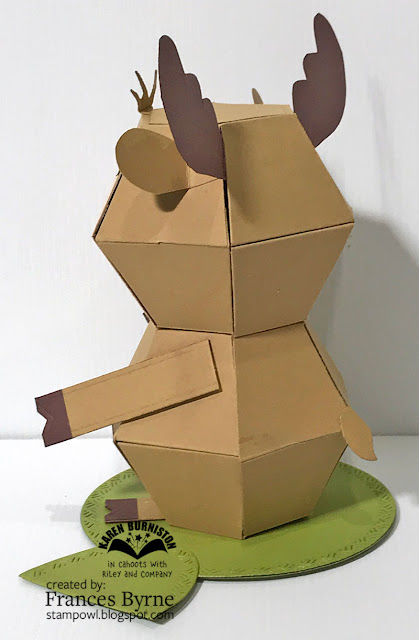 For Riley's arms and legs, I used the fishtail banner from the Triple Flip die set. I die cut two for each arm/leg and layered them together. I die cut additional banners from brown cardstock, trimmed that and added that for the bottom portion of the arms/legs. I then trimmed the points off so it looked more like the arms/legs on the Riley stamp image. 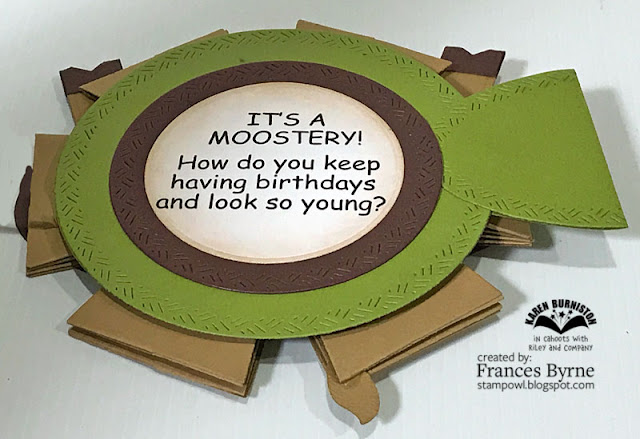 The base of Riley is attached to a green circle using the largest circle from the Crosshatch Circles die set. To cover the brad that attaches the circle, I adhered another circle over it. I used two of the sentiments from Riley and Company's Moose Sayings 2 stamp set for the sentiment which I placed underneath the base.

I needed something to pull the pop-up out of the pocket that I created for it to be delivered in, so I die cut an oval from the Crosshatch - Ovals die set, folded it in half and adhered it to the side of the circle base. 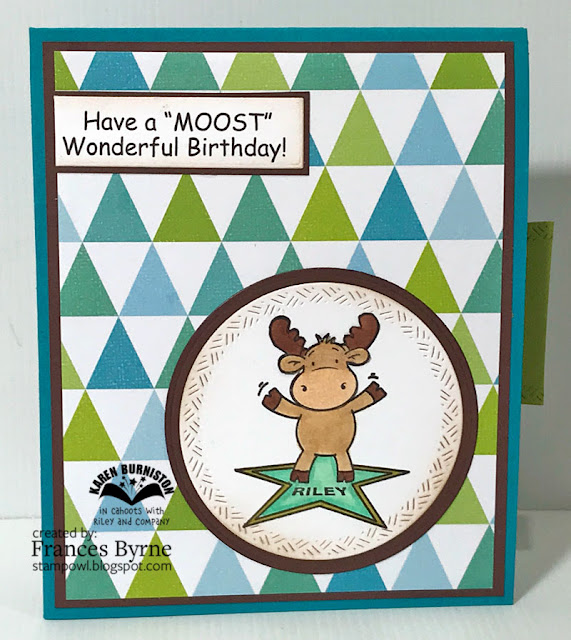 I created a pocket for my Surprise Ball Pop-up to live in when it is presented to the person receiving the card. Of course as I have most of the Riley images I decided to add one to my card ... I decided to go with Hollywood Star Riley image as this one includes his name.

I also added another sentiment from the Moose Sayings 2 stamp set.

OMGosh, this is just SOOOO amazing.