I am excited to share my card today which uses some of the dies and stamps from the Pop It Ups Collection designed by Karen Burniston for Elizabeth Craft Designs which are being release in August. Karen has created some really fun dies, stamps and stencils for us to create with in this great new collection of Pop It Ups. 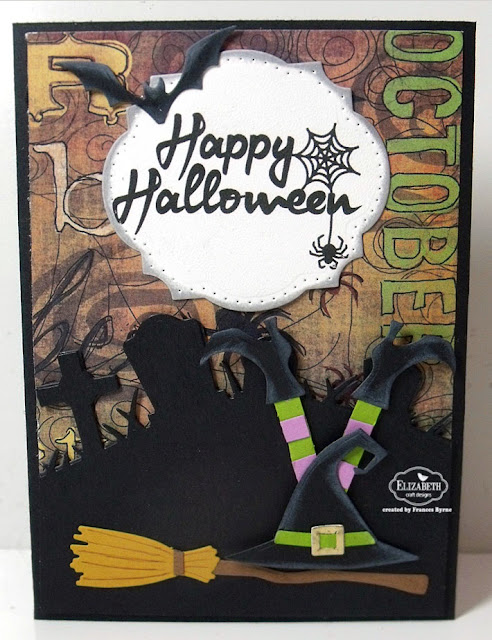 For the front of the card I have used the Props 9 die set that include the hat, shoes and broom. I have assembled on my card so it looks like the witch may have crashed into the ground.

Behind the witch I have added the graveyard scene from the Halloween Scene die set. This die set comes with 5 fun dies to decorate your Halloween cards which includes the bat at the top of my card. 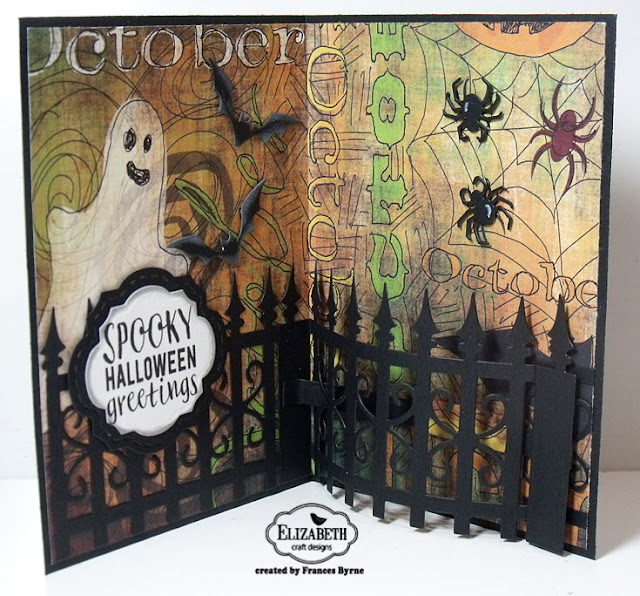 I also added a couple more bats on the left hand side, and covered two of the spiders that were on the designer paper with the spider included in the Halloween Scene die set. The sentiment is another from the Halloween Clear Stamp set.

AMAZING....though I am not ready for it to be Halloween yet

Saw this on Karen's website yesterday and fell in love with it. You are a master at choosing the perfect papers and putting cards together!