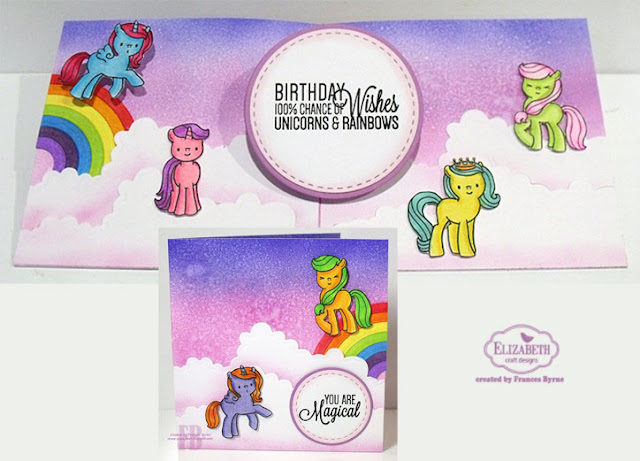 My Grandson loves My Little Pony, so when I saw that Kraftin' Kimme Stamps were releasing this cute Unicorns & Rainbows stamp set which looked similar to the My Little Ponies I had to order the set .... I know he will be excited when he sees I have stamps of them!

And of course I had to play with them  right away!

I decided to create another Twist Circle Pop Up Card using the new Twisted Circle Pop Up die set designed by Karen Burniston for Elizabeth Craft Designs which is being released this month.

I used white card for the card base and then used my Copic markers and Copic airbrush to apply color to the card, I also added Copic Blender Solution over the inked card to get a mottled effect.

Along the base of my card I used the cloud from Susan's Garden Clouds & Grass Die set. I also added Joset Designs Rainbow from the Rainbow Sky die set on the left hand side of my card.

I added one of the sentiments from the Unicorns & Rainbows stamp set and added four of the unicorns. The Unicorn on the rainbow is attached using a mini action wobble from Art Impressions to add extra movement. 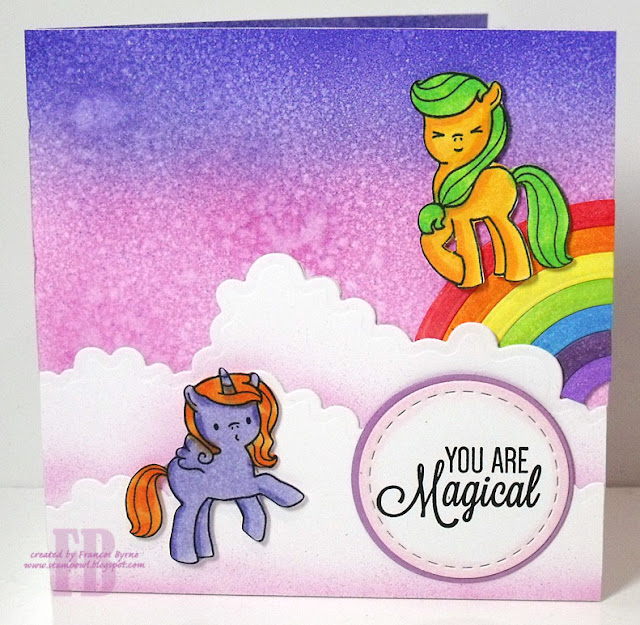 I also added another of the sentiments from the stamp set. 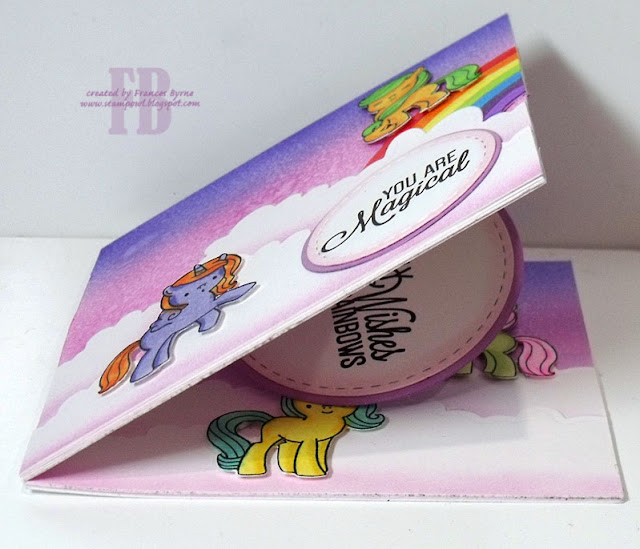 Here is a photo of my card when it is half open so you can see how the Twist Circle works, the circle twists from the upright position and faces right.

I don't even know how to tell you how flippin' CUTE this card is. You just nailed it, with the colours and everything. Olivia would go crazy for a card like this. LOVE IT!