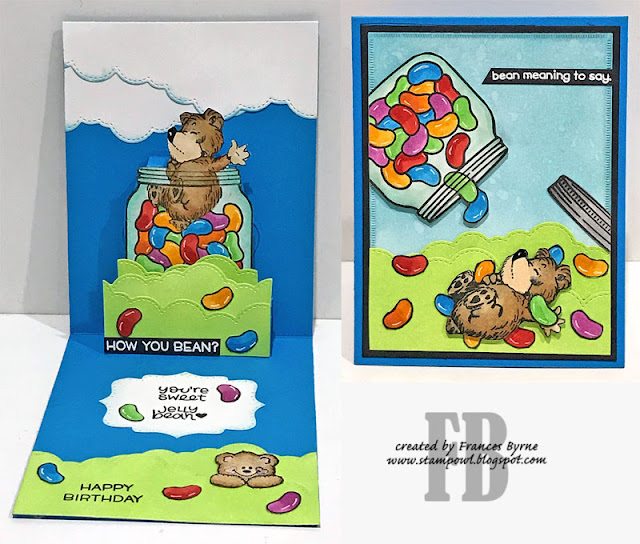 Apparently today is Jelly Bean Day and seeing I have Lawn Fawn's How You Bean stamp set, which I have had for some time and hadn't played with. I decided it was a good excuse as any to pull out the stamp set and play.

I had a couple of ideas using this stamp set so the easiest way to decide which one to use was to do both ... creating a pop up card so I could include one idea on the inside of the card. 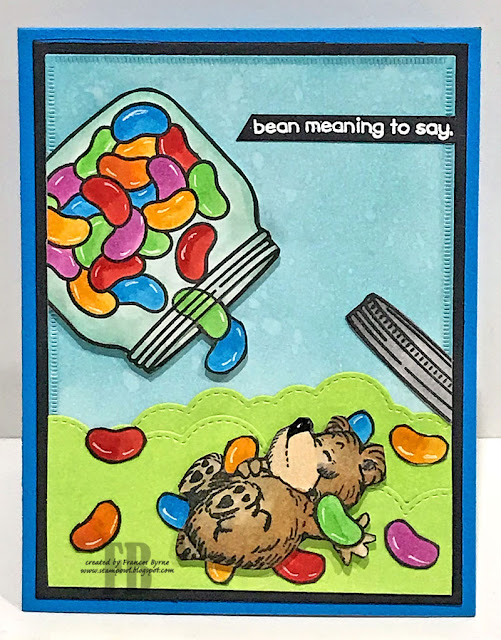 For the scene on the front of the card I created the sky by sponging on Catherine Pooler It's a Boy ink over white cardstock. I also created the grass using Lawn Fawn's Cloudy Hillside Pop-Up Add-On and sponging it with Garden Party ink pad.

I thought it would be fun to have the bear rolling on the ground as the jelly beans were falling out of the jar. 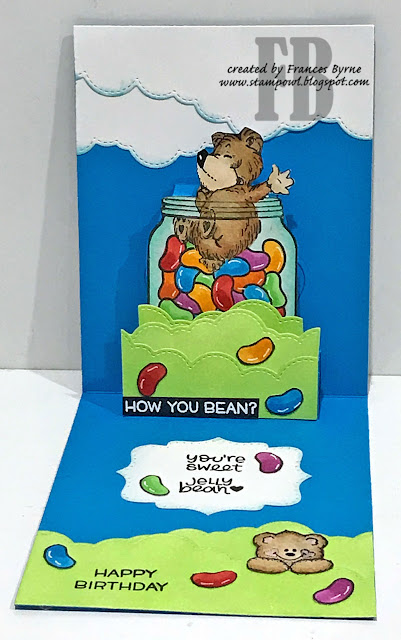 For the inside of the card I created a pop-up card using Karen Burniston's Cupcake Pop-up Card die set. This time around I stamped the bear so it appeared to be inside of the jar, this required a little creative masking. 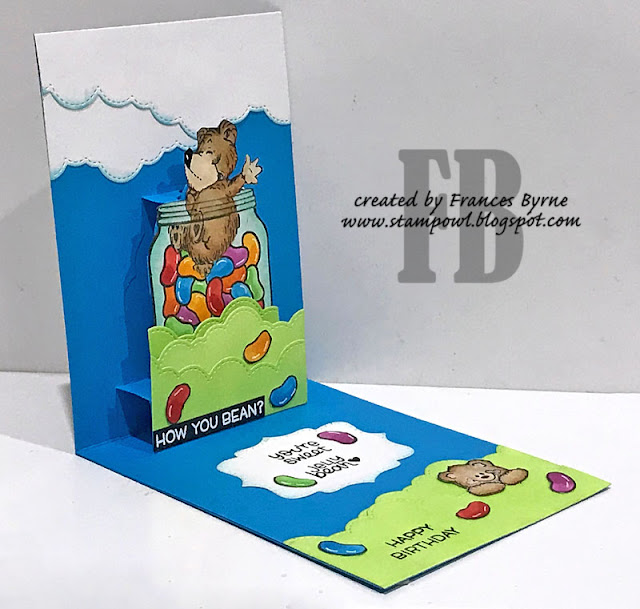 I added clouds and grass using the Cloudy Hillside Pop-up Add-on and added jelly beans randomly around the card. 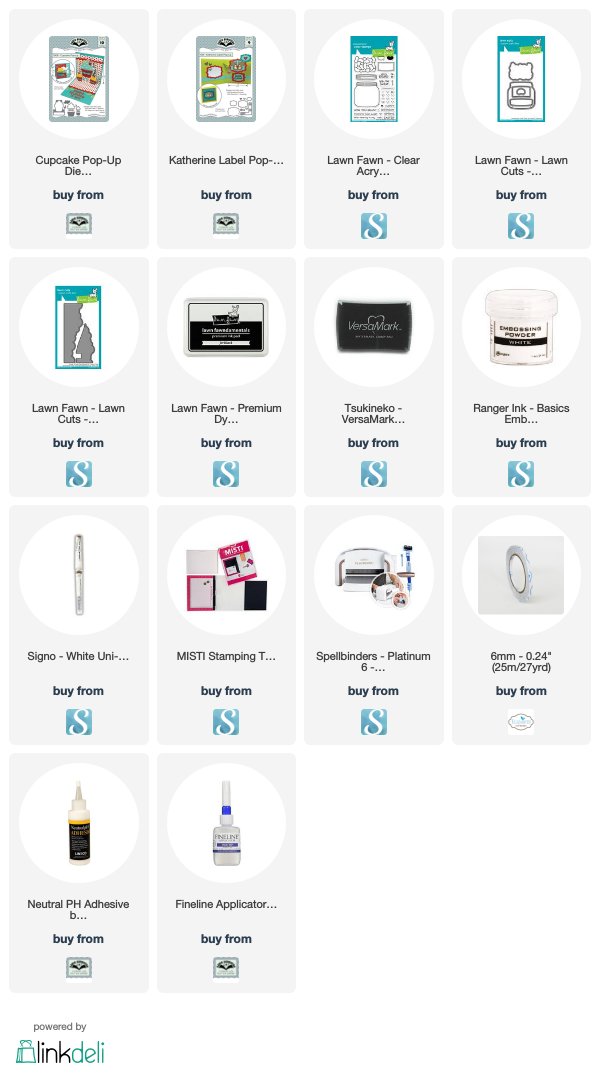 Oh, how fun is this? Great card!

this is so clever and fun