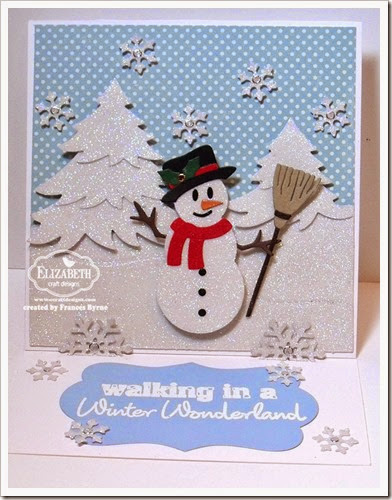 I am excited to announce that Elizabeth Craft Designs will be releasing 43 new dies and dies sets (including 16 designed by Karen Burniston), two new Shimmer Sheetz colors, and a new Shimmer Sheetz Sampler Pack. Dies will be available in stores mid July.

I have already shared a few sneak peeks of Karen Burniston’s new dies and Karen will be sharing the remainder of her release in a few days. 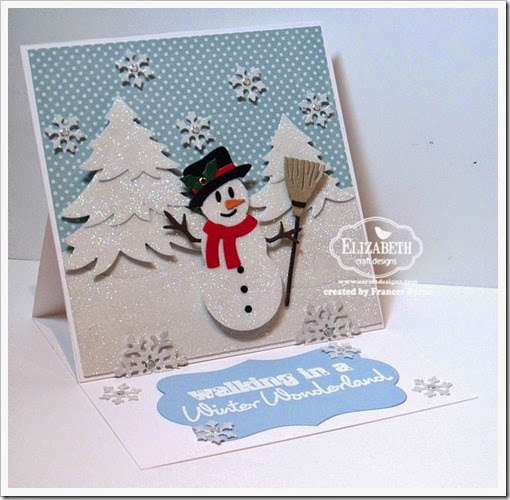 Today I am sharing a Stand-Up card I created yesterday using some of the new dies. Elizabeth Craft Designs are releasing a new set of Stand-Up Helper Set 2 Dies which include the snowflake you can see at the base of my card that keep the card in the stand-up position … these are soooo easy to use!!!!!!!!!!! Just decide where you want your stand-up helpers to go, on this card I decided I wanted two (but you could just use one) and I lined it up on the centre score mark I added to the base of my card.

As well as the Stand-Up Helper Set 2 Die set, Elizabeth Craft Designs will be releasing 9 Stand up Helper Word dies (which can be purchased individually) which can be used in other ways too which are soooo cool, I have been having fun with these and will share some of these during the coming week.

Of course my card also includes the new Snowman Die to be released …. love love love this snowman which comes with all the individual dies to decorate him including the broom which could be used for Halloween.

To create my card I placed a piece of Elizabeth Craft Designs Double Sided Adhesive Paper onto some white card and then die cut the 5 Part Pine (already available); the Snowman; 2 Snowflake Stand-Up Helper Dies from the Stand-Up Helper Set 2; the rolling hills from Karen Burniston’s new Outdoor Edges die set and some snowflakes from the All Seasons Tree Die Set (already released).

Once all the pieces where die cut I added Cool Diamond Silk Microfine Glitter to all the pieces and assembled my card. I added the two snowflake Stand-up helper glittered pieces to the two I cut on the base of my card so they would be glittered along with the rest of the elements on my card. 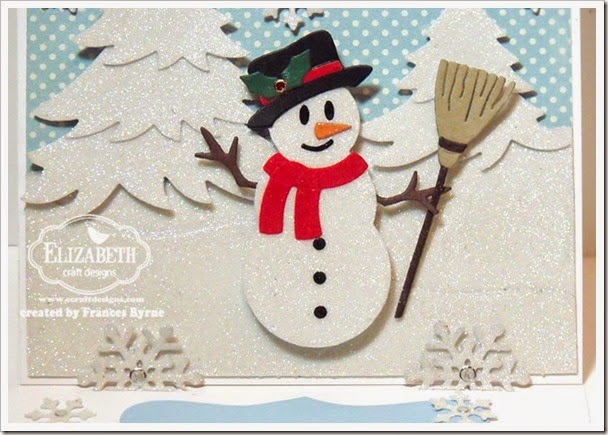 Here is a close up of the snowman and the Snowflake Stand-Up Helpers … I added some Silver/Clear Glitter Dots to the centres of all the snowflakes. 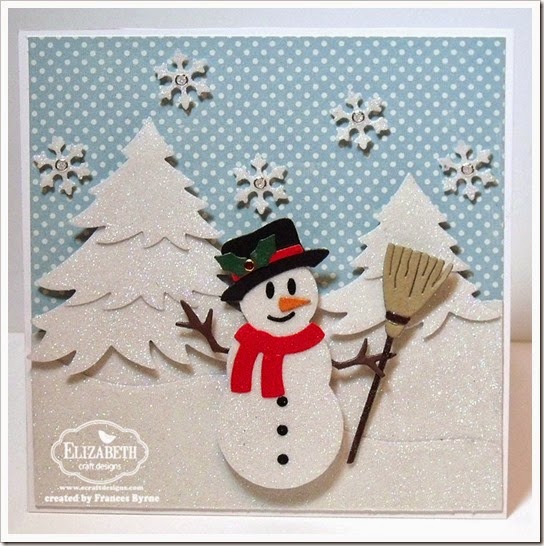 One last photo of my card, this time when it is closed ready to be placed in an envelope.

Fantastic Frances can't wait until these are available