I Moustache You A Question 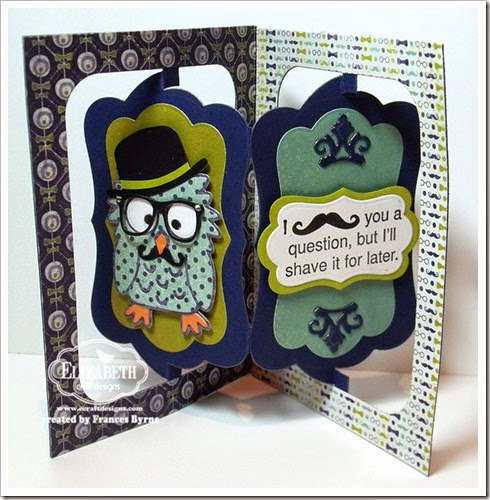 Did you see the big news on Karen Burniston’s blog yesterday … she gave everyone a sneak peek at the first 10 dies of the 16-die release which will be release by Elizabeth Crafts Designs in July … so exciting!

The card I am sharing with you today features three of the new dies to be released. There are a few of us on the Karen Burniston Designer Challenge Design Team who love owls, so earlier in the year we begged for an owl  die … I love the die Karen came up with. Karen has named this Owl, Poppy the Owl, I have added a moustache, glasses and hat to my owl which are from the new Props Die set which can be used with Poppy the Owl and two other new characters that are also being released.

I used a  Riley and Company Funny Bones sentiment on the right hand page of my card. 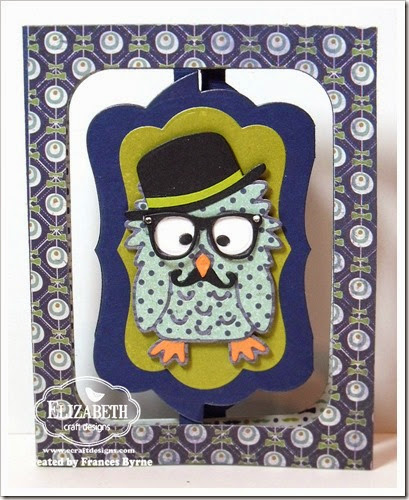 Here is the front of my Accordion Card when it is closed.

Tomorrow and Tuesday the Karen Burniston Designer Challenge Design Team will be sharing our cards for our challenge this month  and I will be featuring new Karen Burniston dies on each day … so don’t forget to drop on by and have a look.

What an adorable designed card.

Ahahaha - such a great stamp to go with the amazing Poppy Owl. Love your card,
Cheers
Karen

Ahahaha - such a great stamp to go with the amazing Poppy Owl. Love your card,
Cheers
Karen