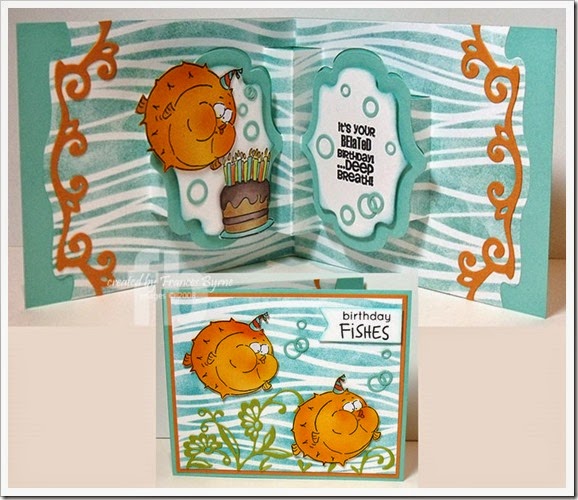 It’s challenge time with the “Crazies” over on the Crazy 4 Challenges blog. Being a brand new month it is time to introduce a new challenge hostess which is Danielle Lounds.

Apparently yesterday was Peggy’s Mums birthday and as Peggy is often late when sending out cards, she has challenged us to create a Belated Birthday Card. 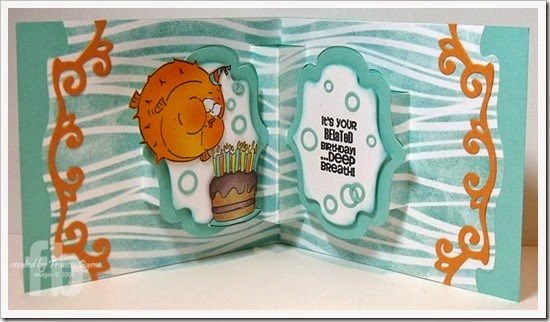 I recently purchased this fun Fish stamp set from Art Impressions which I wanted to play with .. so I made this work for the challenge. First up I used the Simon Says Waves Stencil to create the background on my card and then I created a double pop up card using the Lorna Label Pop Up dies designed by Karen Burniston’s for Elizabeth Crafts Designs. 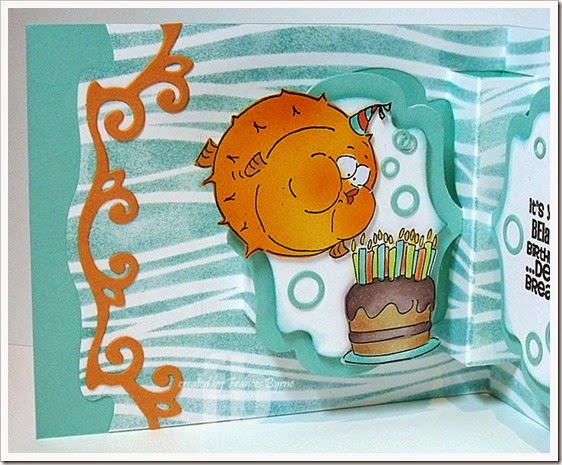 Here is a close up of the left hand side of the card … the bubbles around the fish are from Elizabeth Craft Designs Rubber Duck die set. 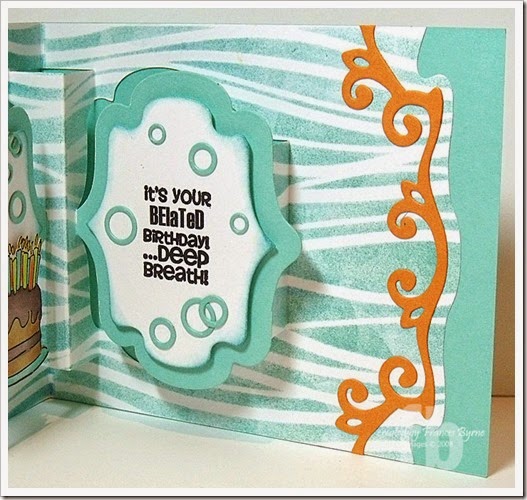 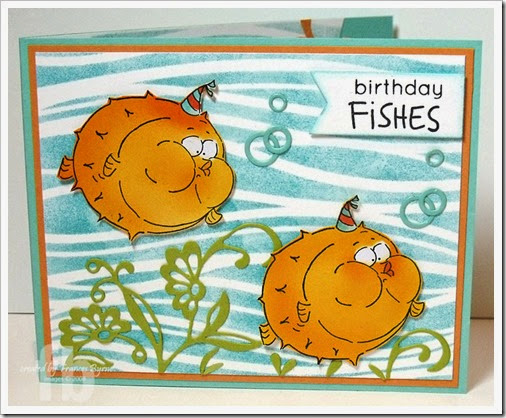 For the front of my card I have again created the background using the waves stencil and added two of the fish and some seaweed which is the Elizabeth Craft Designs Flourish with Flowers die.

Don't forget to check out the rest of the “Crazies” cards over on the Crazy 4 Challenges blog and also their individual blogs for more details.

what a perfect bkgd for your belated 'fishes'