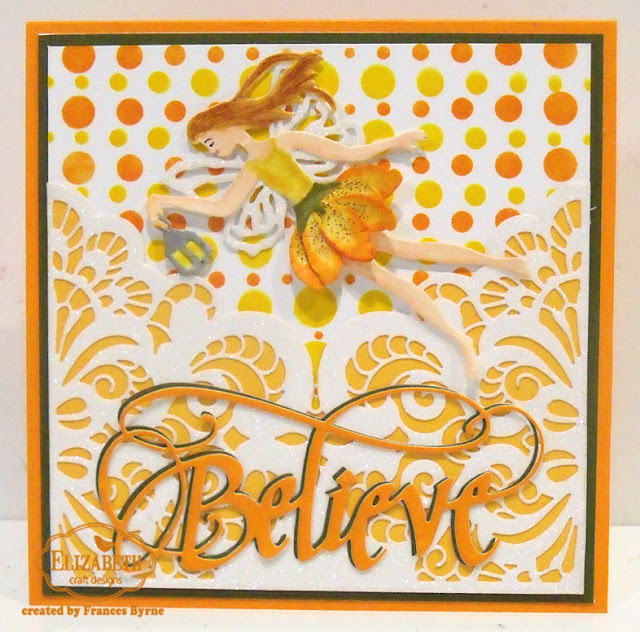 Today I am sharing a card I created using various dies and stencils recently released by Elizabeth Craft Designs.

Recently one Saturday I was decided to play with the new Susan's Garden Fairy dies. I created two of the Fairy - Rose Petal and one of the Fairy - Tiger Lily which is the one used on this card. I created a card using the Fairy - Rose Petal dies which you will see here on my blog on Thursday. The other sat in a container on my desk, ready for it to be made into a card. That was until my Grandson came to visit! He loves all my "things" and loves to play! So while we were otherwise occupied my Grandson was playing with my fairy! After they went home and I was taking the photos of the other card which I had finished just before he arrived I went looking for the other fairy and couldn't find it ..... hmmm! I messaged my daughter who asked my Grandson if he had touched it ... yes .... where did you put it???? Under the desk! I looked and couldn't find it, so my other daughter had a look with a torch and finally found it sitting on top of my compressor which is under the desk. Although a little wrinkled the fairy was ok still to use on a card. Gotta love him!!!!! 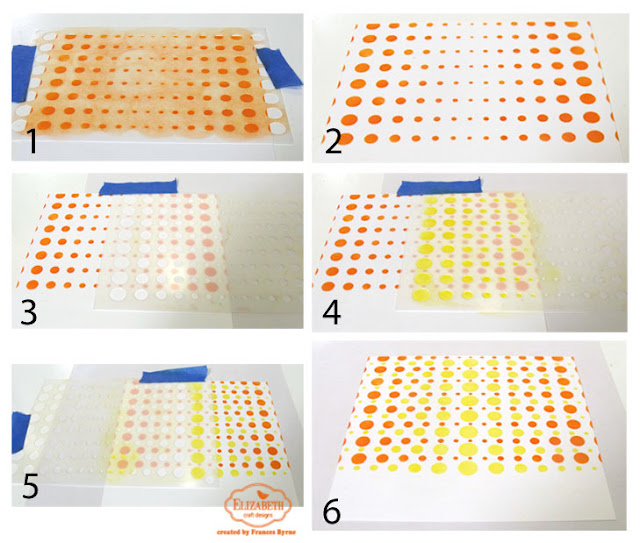 For the background at the top of the card I used the new A Way with Stencils - Dotty stencil. First I used the stencil and added orange dots and then I repositioned the stencil to add the yellow dots. If you look at the photos above you can see how I achieved this look from the stencil

To finish of the front of the card, I die cut the A Way with Words - Believe sentiment twice from Bright Orange & Olive Twist Soft Finish Cardstock. I layered the two sentiments together offsetting the orange one slightly and adhered it to the bottom of the card. 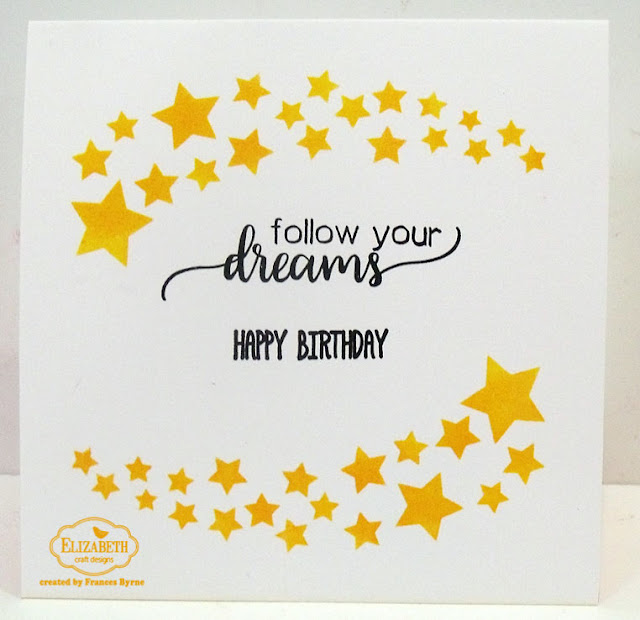 For the inside of the card I added two sentiments using black ink. I also used the A Way with Stencils - Butterflies and Stars Stencil to add the stencilled stars around the sentiment. The stars were stencilled using yellow and then orange inks.

Fun story and I really like the way you used the stencils here.