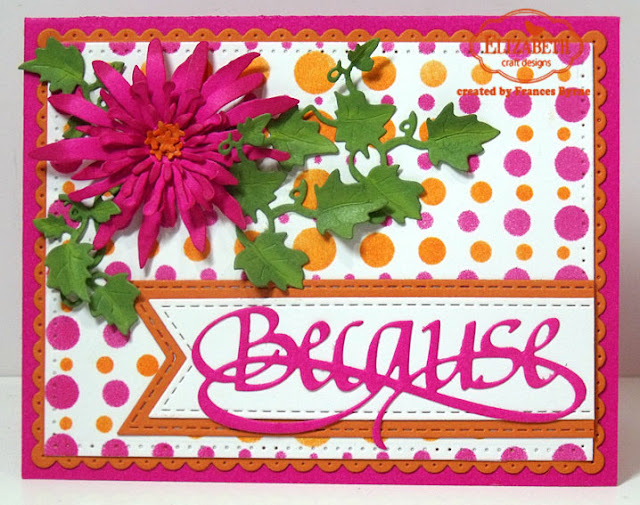 Today I am sharing another card I created using some of the new products which have been released from Elizabeth Craft Designs recently.

For the background of my card I used the A Way with Stencils - Dotty. I placed the stencil onto my White Soft Finish Cardstock and cover with Picked Raspberry Distress Ink. I then removed and cleaned the stencil and repositioned it back onto the white card so that the largest dots on the stencil were lined up with the smallest pink dots on my card, I then carefully added orange ink through the stencil. I had to pick up the stencil and do the other side of the card with orange ink to create the inside background.

I then die cut the stencilled cardstock using the Stitched Rectangles die. This was the layered onto a piece of orange cardstock which was die cut using the Dotted Scallop Rectangles and then onto a top folding pink card.

I die cut the A Way with Words - Because from pink cardstock and layered using the ModaScraps Fishtail Banners die set. 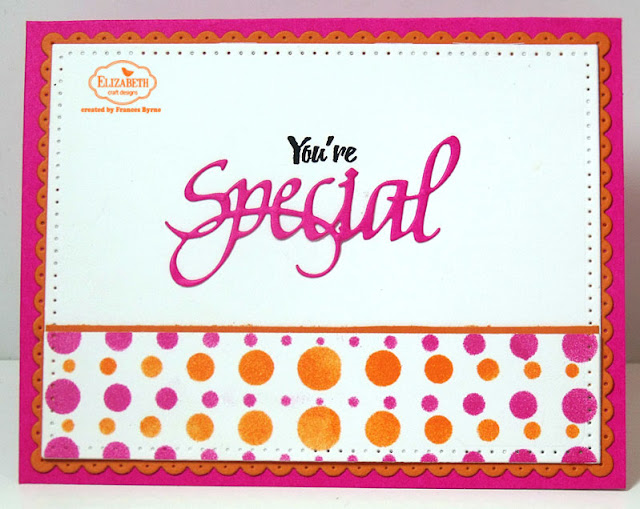 Beautiful bright card and the ivy looks so real with all the embossing and shading you did.

Such a bright and cheery card. Nice job with the stencilling.