Love You to the Moon and Back 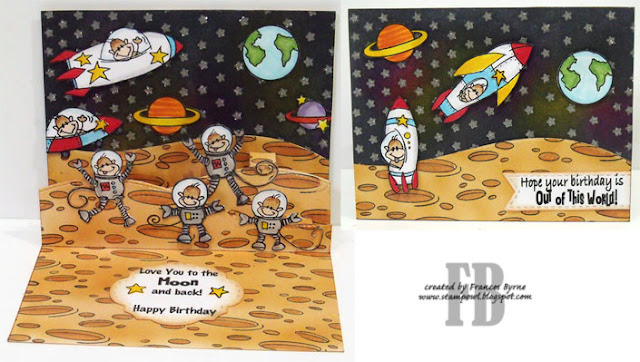 It's challenge time with my friends over on the CCEE Stampers challenge blog. Our challenge hostess Joanne Grzelak continues to issue the challenges.

Apparently April is Global Astronomy Month. So for our challenge this week, Joanne has requested that we create a card having to do with astronomy, such as moons and stars, but not limited to that. You could also fantasize about alien creatures and space travel. Use your imagination….Dazzle us!!!

So last month I created a card which would have suited this challenge perfectly, which you can find here. So I had to come up with something else which would also work for the challenge. I used a few of the elements on the previous card to create this card. 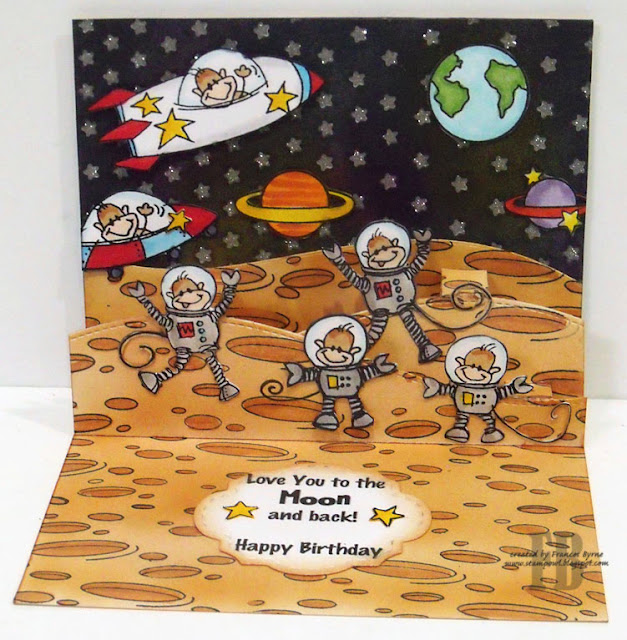 This time round I decided to create a pop up card, I used my new Lawn Fawn Stitched Hillsides Pop-Ups die set I recently received for my birthday. I die cut the pop up die from white cardstock and also created a folded card. I knew I wanted to used the craters I used on the card I created last month, although I didn't want the black border around it, so I carefully trimmed that off the stamp ... now I can use it with or without the border. I stamped the border on the inside base of my pop up card, on my pop up (back and front) and also a couple of extra pieces of cardstock so I could use one on the back panel and one on the front. I then used my Copic Airbrush to color the card.

For the sky part of the card, I discovered I owned a star background die from MFT Stamps which I die cut onto white cardstock about three times to create a starry background. I then used various colors of inks to create the Galaxy Sky  technique, it is hard to see in the photo above but in real life you gives it an interesting effect. 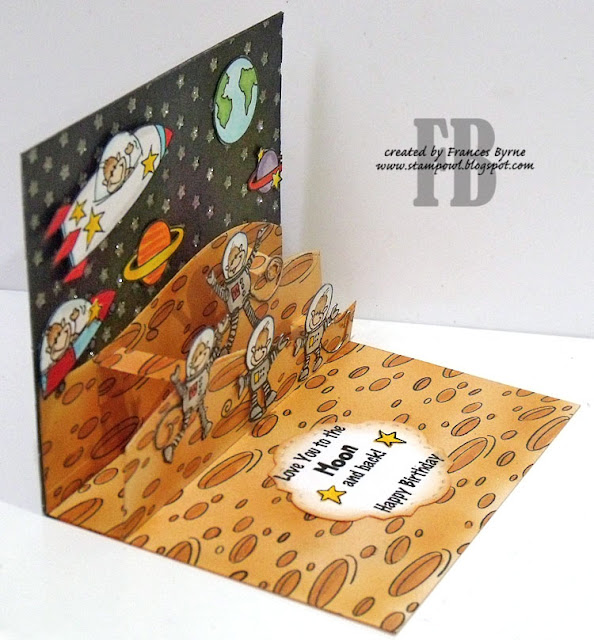 I had originally planned on buy a new space themed stamp set, but as I hadn't ordered it when I was making the base of my card and a few weeks earlier I had stamped and cut out the Changitos in Space stamp set from Stampendous I decided to use them. I also used the planets from the There She Goes stamp set. 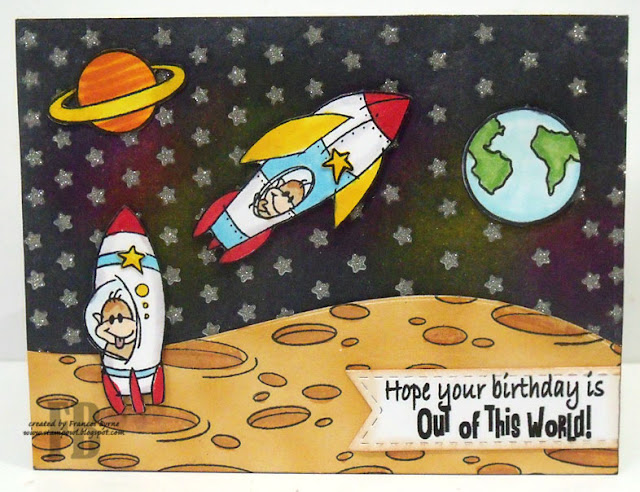 Finally here is the front of the card. I used the same  techniques as I did on the inside to decorate the outside of my card.

Don't forget to check out the CCEE Stampers blog (goes live 12 AM EST) to see the rest of the creations the CCEE Stampers created this week. You can also see more details of their creations on their individual blogs:
Anne Harmon
Joanne Grzelak
Liz Williams
Lois Bak
Lynn McAuley
Maryann Einam
Vicky Gould

I'm loving these monkeys on the moon! What a fabulously fun birthday creation, Frances!

I haven't seen Changito in such a long time. I'm glad you found out why -- he went to outer space looking for life out there!!! Cute, cute card, Frances!

absolutely incredible other worldly details...love it

Such a fun card Frances

OMG! What a barrel full of monkeys....A for adorable....A as for Always!

LOVE this card ... everything about it.