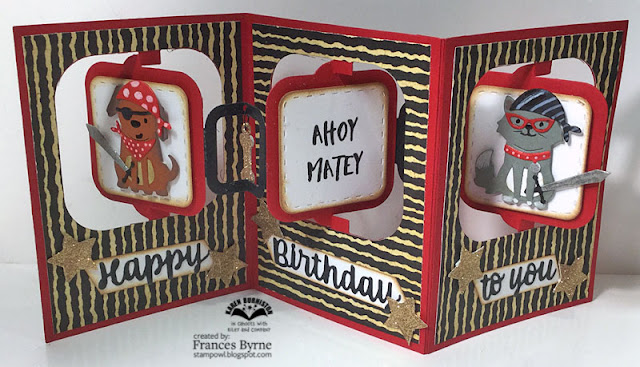 First up I have created an accordion card using the Charm Accordion die set. I die cut the main accordion die 1 1/2 times so I could have 3 pages to my accordion card. I also die cut some patterned paper that had stripes two going up and down and the other going across to give the pages a slightly different look.

Of course I had to add a pirate themed sentiment to my card in the centre page. 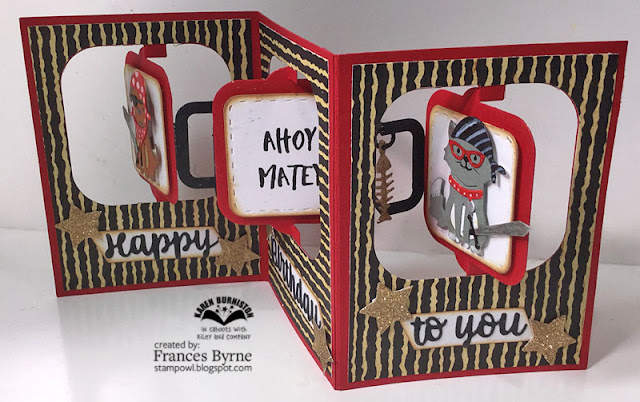 For the charms on this card I converted the bone and fish from the Cat and Dog die set into a charm by using the hanging hole from the star which is included in the Charm Accordion Die set. I sandwiched two of each image between the hanger and then covered the images with gold glitter so they looked a little bit like treasure.

Along the bottom of the inside of the card I added the words HAPPY BIRTHDAY TO YOU which is from the Word Set 2 - Birthday die set. I added this to a strip of white card and cut the ends in a slant.

To finish off the inside I added gold glittered stars on either side of the sentiments. 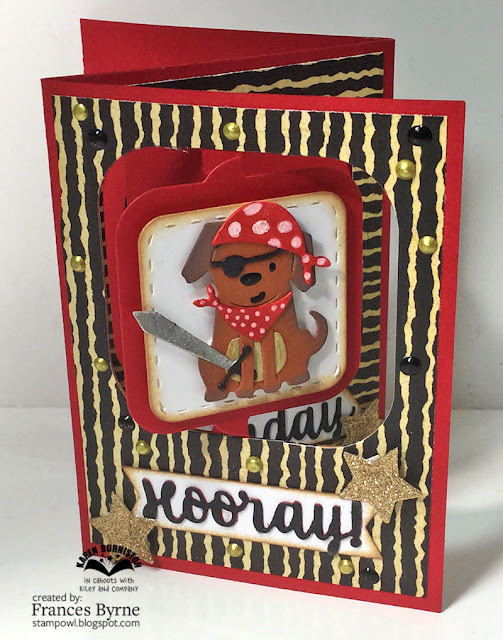 For the front of the card I added a sentiment from the new Word Set 4 - Just Because die set.

As well as adding a couple of stars (from the Charm Accordion die set), I also added some Nuvo Drops in black and gold around the front of the card. 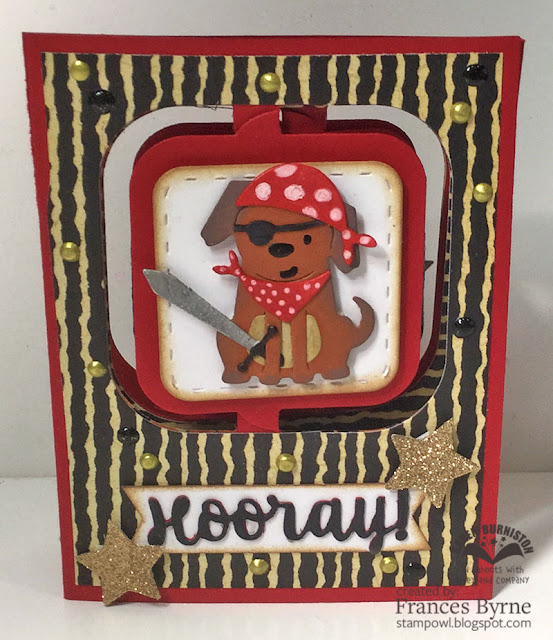 Here is another look at the front of my card when it is folded flat ready to be placed in an envelope. 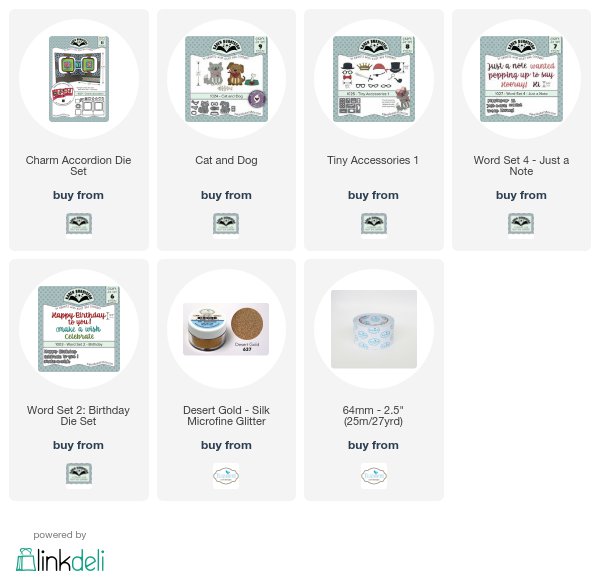 What a cute card! And a neat Accordion die.

OMGoodness, this is cute. Love how you dressed up the Cat and Dog.