Just a Note to Say 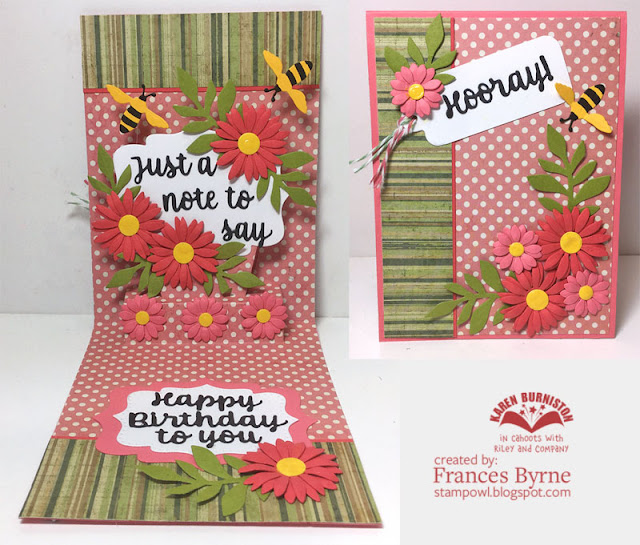 My card today uses another of the new die sets from Karen Burniston that was released earlier this month .... the Flowers and Bees die set.

The Flower and Bee die set, are the same flowers and bee used in the newer version of Karen's Flower Pot Pop-up that was released earlier this year. So if you already have this set, you may want to buy this one so you have extras of all the dies included in the set which will make die cutting multiples of the flowers etc so much quicker. One difference with this set is that the Flowers and Bees die set includes two of the leafy vines each going in the opposite direction. For those of you who purchased the older version of the Flower Pot Pop-up die set from Elizabeth Craft Designs when it was available this new die set will update the one you have to the newer version. 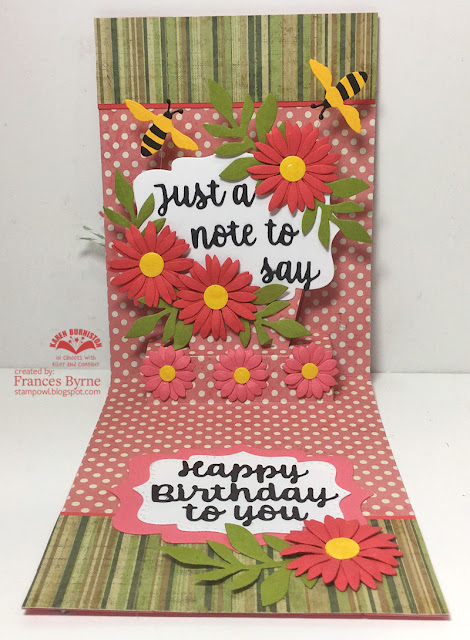 As you can see I have created a Pop-up card using the Cupcake Pop-up die set. I covered the top portion of the cupcake pop-up with the largest label in the Katherine Label Pop-up die set. I added the sentiment "Just a Note to Say" which is from the new Word Set 4 -Just Because.

I die cut a number of flowers, leaves and bees using the Flowers and Bee die set and the matching dies from the Flower Pot Pop-up die set which made die cutting quicker, arranging the flowers around the sentiment and the rectangle pop-up at the base of the pop-up.

The bees are attached to acetate so they look like they are flying in the air. 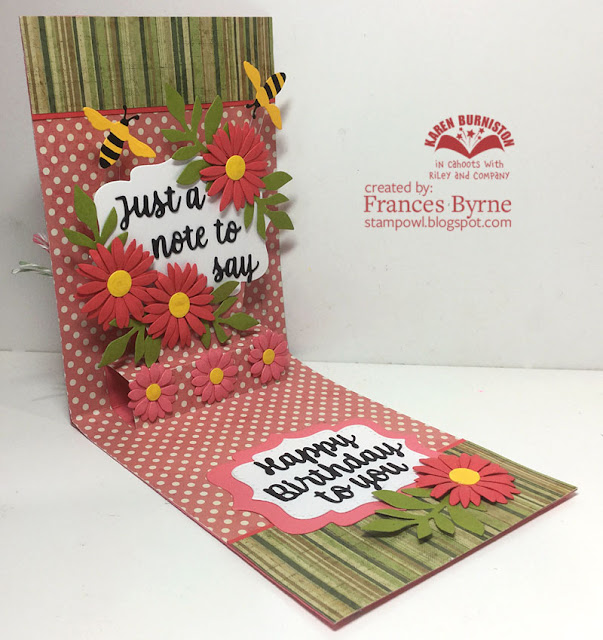 On another label I added the birthday sentiment which is from Word Set 2 - Birthday die set.

I added Nuvo Dandelion Yellow Gloss Crystal Drops to the centres of each of the flowers. 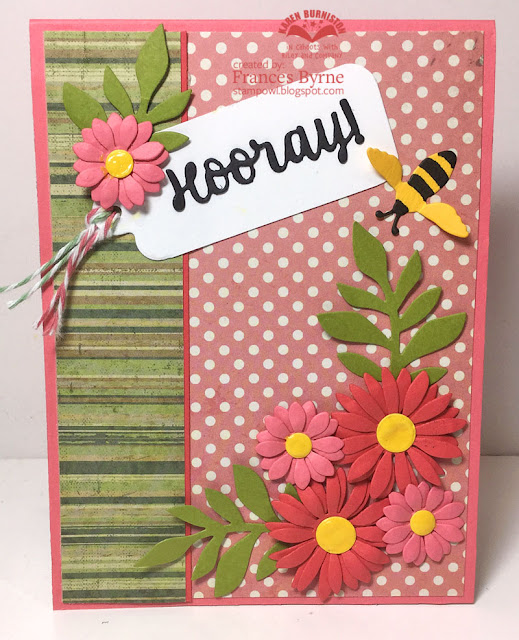 For the front of the card I added more of the flowers and a bee from the Flowers and Bees die set.

For the sentiment, I die cut the tag from the new Tag Book Pop-up die set, trimmed down the sides and rounded the bottom corners and added the "Horray!" sentiment, also from Word Set 4 - Just Because. 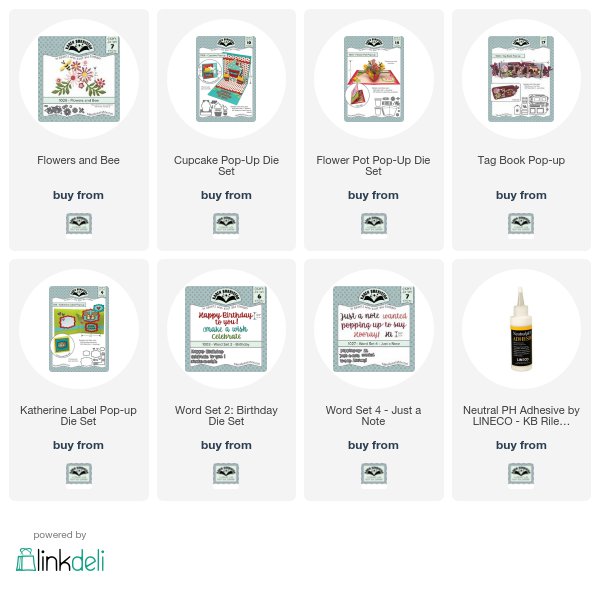