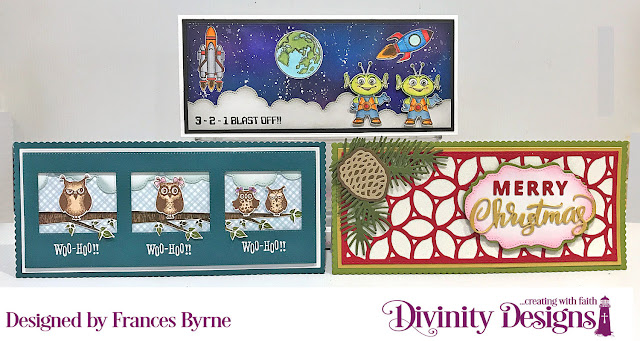 As you may have noticed if you follow my blog, I have become super addicted to Slimline cards, so I was very excited when Divinity Designs announced they were releasing Slimline dies .... there are nine new Slimline die sets, three Slimline Paper Pads and two stamp sets being released this month.

Included in the Slimline dies to be released is the Slimline Card Base die which die cuts a card base that is 3 7/8" x 9" and will fit into a #10 envelope. There are three nesting Slimline die sets, which I was hoping for. Two of the nesting dies are rectangle sets ... Slimline Rectangles and Slimline Layering Rectangles, the third is a Slimline Scalloped Rectangles die set.

There are three Slimline die sets which are great to create scenes for Slimline cards ... Slimline Curvy Slopes; Slimline Grasses and Slimline Clouds.

Besides the Slimline dies, there are two stamp sets and three paper pads that work well with Slimline cards. 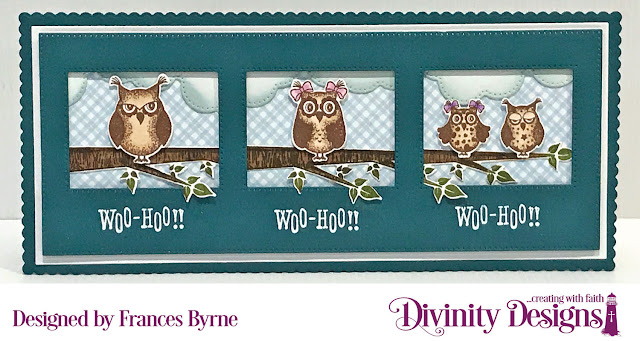 To decorate my card I used the owls and sentiments from the Who Loves You Stamp/Die Duos set. I stamped and die cut the tree branch, three times and then trimmed it in different areas before adding it to the particular opening, so that it looks like one long branch. 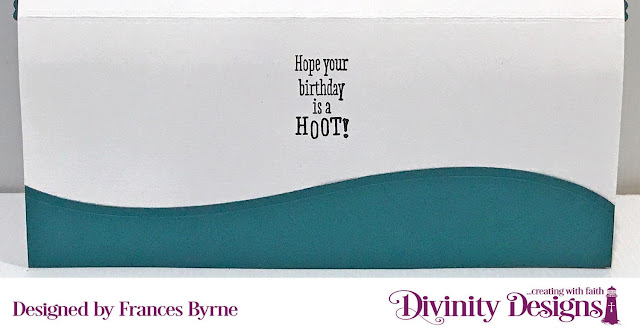 For the inside of the card I used one of the slopes from the new Slimline Curvy Slopes die set and a birthday sentiment from the stamp set. 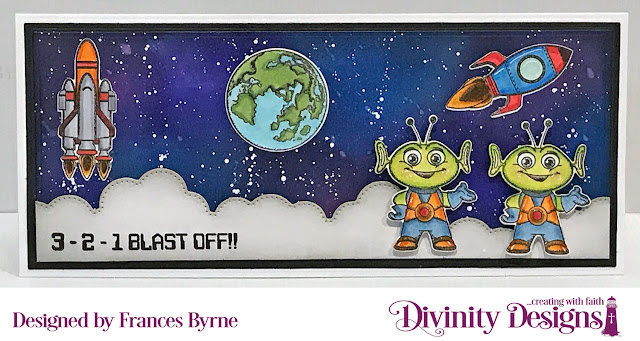 For my second card today I have created a space themed card using the Rocket Man Stamp/Die Duos set.

I layered this panel to the largest rectangle from the Slimline Rectangles die set and then adhered to the card base die cut using the Slimline Card Base die set. 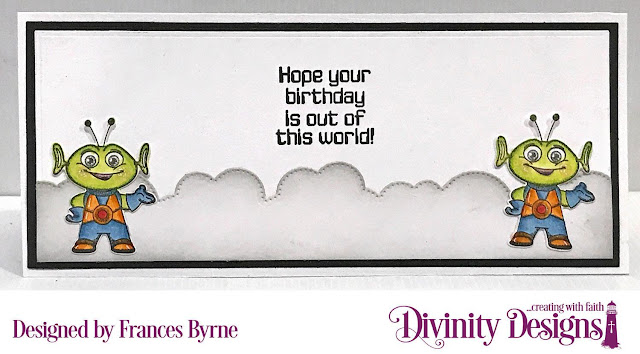 For the inside of the card I again used the cloud from the Slimline Cloud die set and added two more of the aliens and a sentiment from the stamp/die duos set. 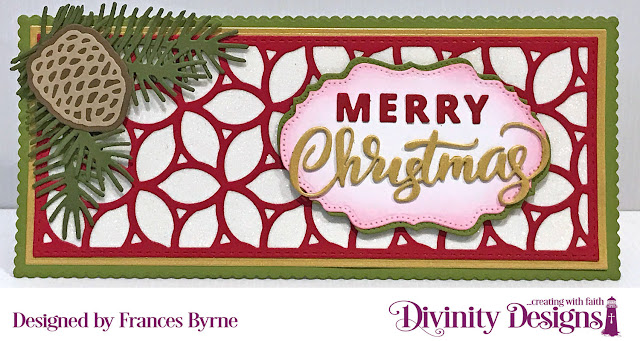 For my final card today, I have created my first Christmas card for the year. This time around I used the new Slimline Flower Petal Background, I die cut this from red cardstock and then layered it onto white cardstock that was covered with double sided adhesive tape and then covered with clear glitter. I layered this panel onto layers created using the Slimline Layering Rectangles and the Slimline Scalloped Rectangles die set.

Oh what great cards. I love the new Divinity Designs Slimline dies ... and how you used them here!