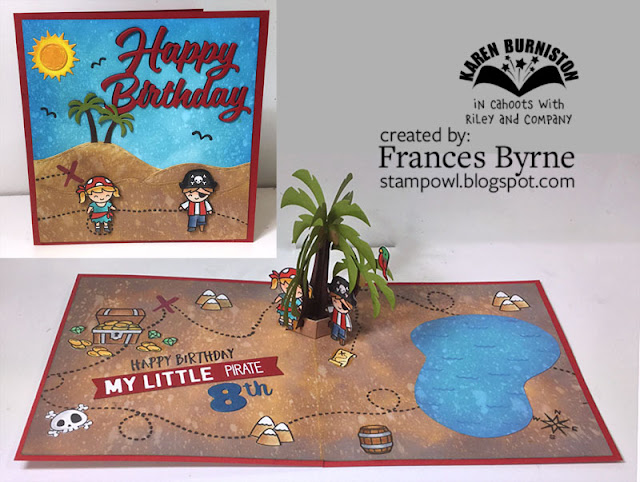 Today I am sharing another card using some of the new Karen Burniston die set released in January.

This time around I have used the Palm Tree Pop-up die set to create my pirate scene card. To start I used Distress Oxide Inks to color the base of my card. I then die cut the pop-up die that comes with the Palm Tree Pop-up die set towards the back of my card and die cut the pop up palm tree and two smaller palm trees also included in the set. I assembled my palm tree and attached it to the card.

I used a combination of three different pirate themed stamp sets to create the background scene. And added a dashed line trail around the whole card.

I stamped some of the images onto white cardstock and cut them out using my Scan N Cut and adhere them to my card. I attached the two pirates to the pop up palm trees and also added a pirate to one of the trees.

I hand cut the lake to the shape I wanted and colored that also using distress oxide inks. 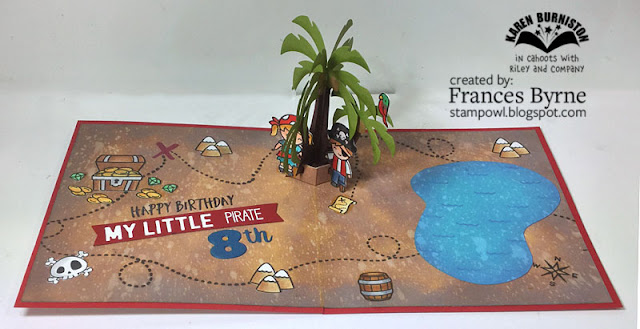 I used the Word Set 5 - Royalty die set to die cut the "My Little on the fishtail banner and then added the word "pirate" to the right hand side of the banner using white embossing ink.

Above the banner I stamped "Happy Birthday". I used the Numbers die set to add the "8th" to the card. As my Grandson will be turning 8 in a few months, I will probably use this for his birthday card. 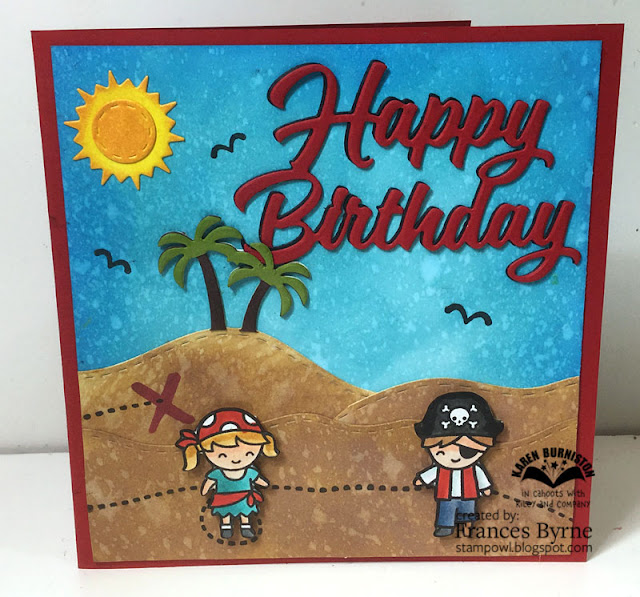 For the front of my card, I continued my pirate scene. I used distress oxide inks to color my sky and sand areas of my card.

I die cut the "Happy Birthday" from red and black cardstock and adhered them to each other offsetting slightly so the black showed a slight border and added this sentiment to the top of the card.

To finish off the card I added a couple of birds in the sky. 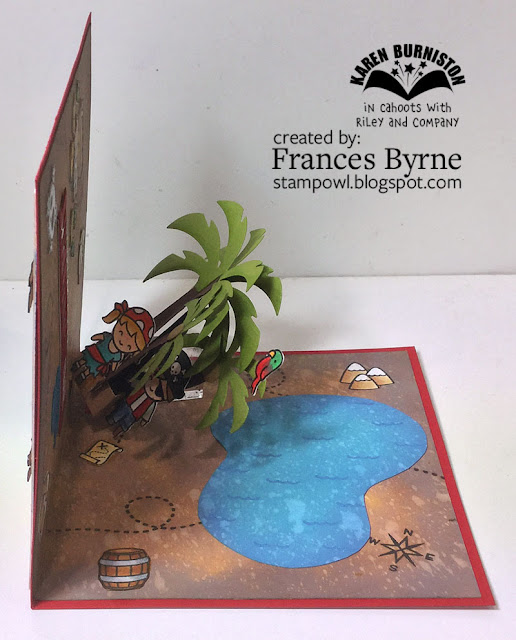 Here is a look at my card when it is half closed, so you can see how the palm tree folds towards the side of the card as it is closing. 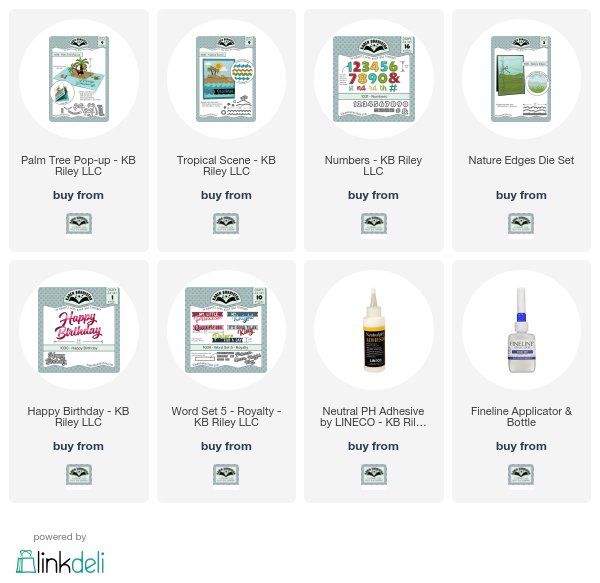 Such an awesome card!

Love this card. It is going to make some little pirate very happy!