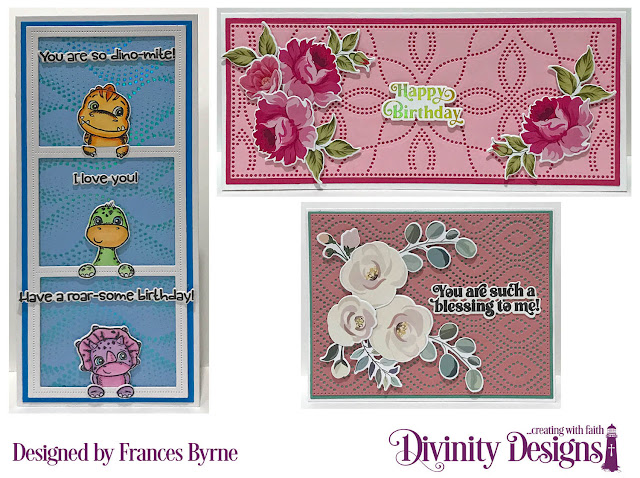 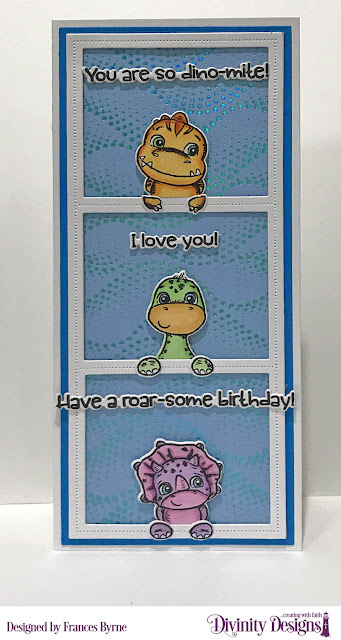 First up I am sharing a Slimline card I created using three of the new products. To create the slimline portion of the card I used the new Slimline Pierced Large Windows die along with the Slimline Card Base and Slimline Rectangles die sets.

For the background on the light blue panel, I used the Waves Foil Plate and blue foil to foil the panel. As the slimline panel is longer than the foil plate, I position the foil and foil plate at the end of the card panel and foiled that section. I then carefully positioned the foil plate and foil so it lined up at the edge of the previous foiled to foil the remaining portion of the panel. I die cut this panel using the Slimline Layering Rectangles and adhered it to my Slimline card base.

I added the dinosaurs and sentiments using the Dinosaurs Stamp/Die Duo set. 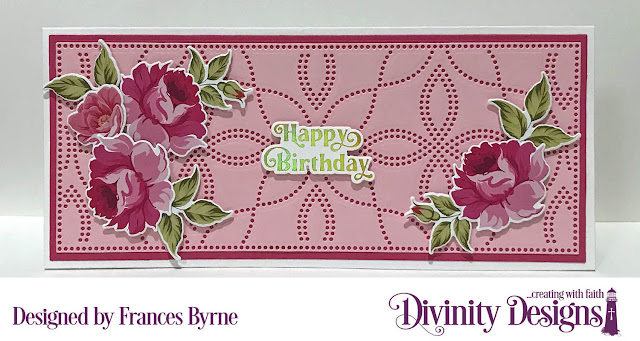 Next I created another Slimline card, this time in a landscape orientation. I used the new Slimline Pierced Petals Background die to die cut the pink panel on my card. This is such a beautiful design. I then used the Slimline Rectangles and Slimline Card Base to create my card.

To decorate, I used flowers from the Beautiful Blossoms Set 2 Paper/Die Duo, these are pre coloured images. I love how easy it is to create beautiful cards with these flowers.

For the sentiment added the "Happy Birthday" sentiment which is gold foiled using the All Occasions Foil/Die Duo set. If you aren't into foiling, there is also a Stamp/Die Duo set available which included exactly the same sentiments. 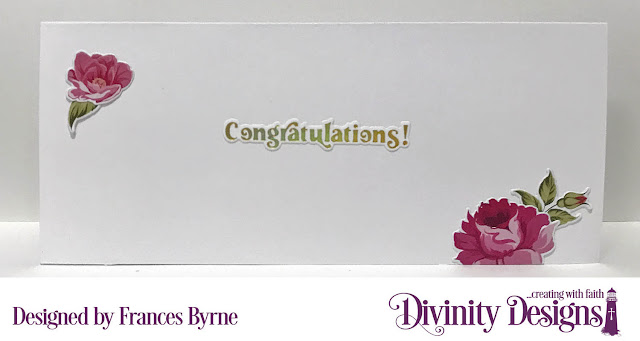 For the inside of my card I added two more of the flowers and leaves from the Beautiful Blossoms Set 2 Paper/Die Duo set. I also added another foiled sentient using the All Occasions Foil/Die Duo set. 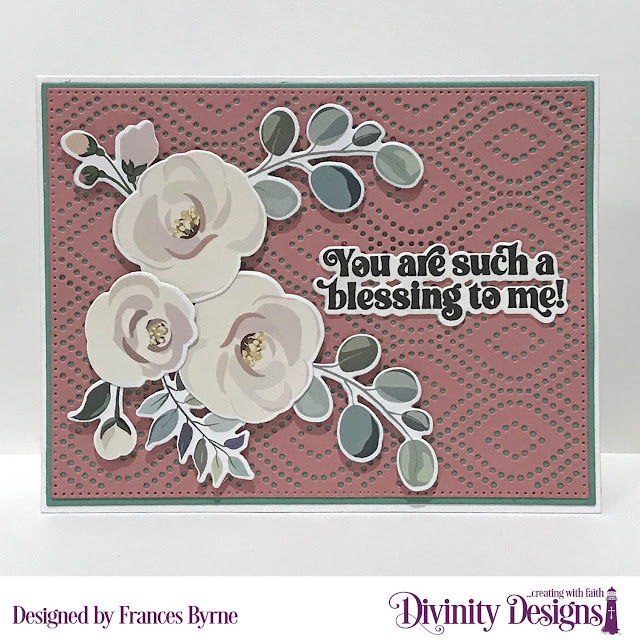 I decorated the card using flowers from the Beautiful Blossoms Set 3 Paper/Die Duo set The sentiment is from the Bold Blessings Stamp/Die Duo set. If you are into foiling, there is also a Foil/Die Duo set available. 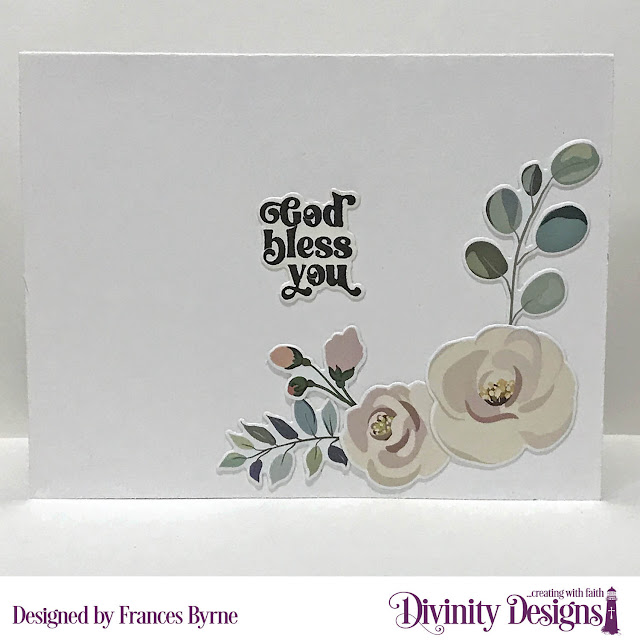 For the inside of my card, I added more of the flowers and another sentiment.