Hi Crafty Friends,
Welcome to our May Karen Burniston Designer Challenge.
Check out Karen Burniston's blog on Wednesday (US Time) when you will be able to see what all the designers created for the challenge this month, plus Karen will have an amazing video tutorial to share with us all.
Our challenge theme this month is ... "BALL AND SMALL" - create a ball animal and pair it with the same critter from our animal sets.
Here is a quick video to see my card in action. 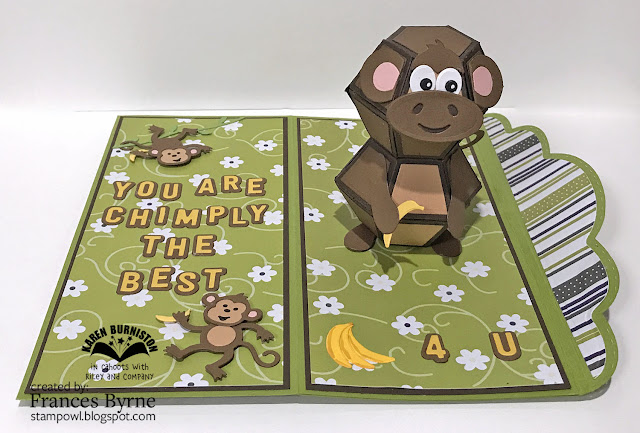 Karen Burniston will be releasing 8 new die sets next week Monday 16th May, and today I am sharing my first sneak peek of what is being released. I actually used 5 of the new dies on my card today.
Everyone who follows me, knows I love Slimline cards. So I was super excited when Karen told us she was releasing a Mini Ball Pop-up which would fit into a slimline card. I made my slimline card 4 inches x 8 1/2 inches, it will depend on what pieces you add to your Mini Ball as to the size of Slimline card you will need.
For the "Ball" portion of the challenge I used the new Mini Ball Pop-up and Mini Ball Add-ons 2 - Monkey and Lion die sets. 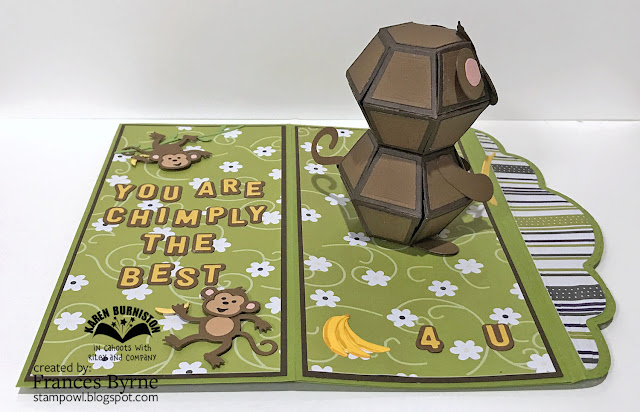 On the left side of my card I added two of the monkeys from the Monkey and Lion die set. One is standing upright and the other is hanging by it's tail by a vine. 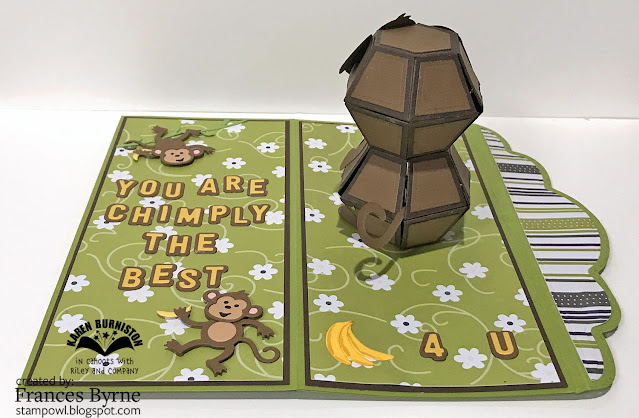 For the sentiment, I used the new Mini Alphabet die set. This die set includes the alphabet, numbers and some punctuation, along with the layering dies for each piece. 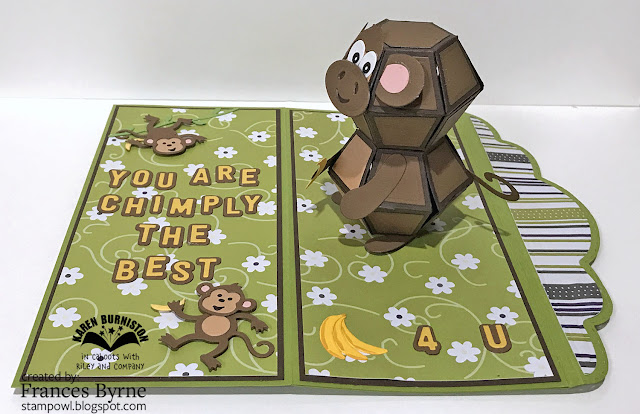 I added another. sentiment under the Monkey Mini Ball ... it's a little rebus. which says "Banana's 4 U" meaning I'm bananas for you! 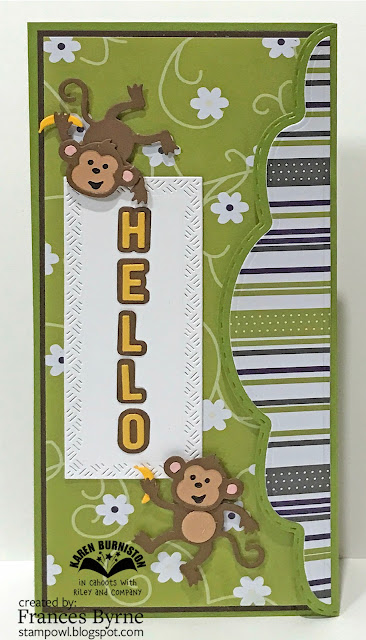 To help keep the card closed I used the new Long Flap and Closure die set, this die set is designed to work with slimline cards. However the die does have notches along the die which allows you cut the flap down to suit any size card. 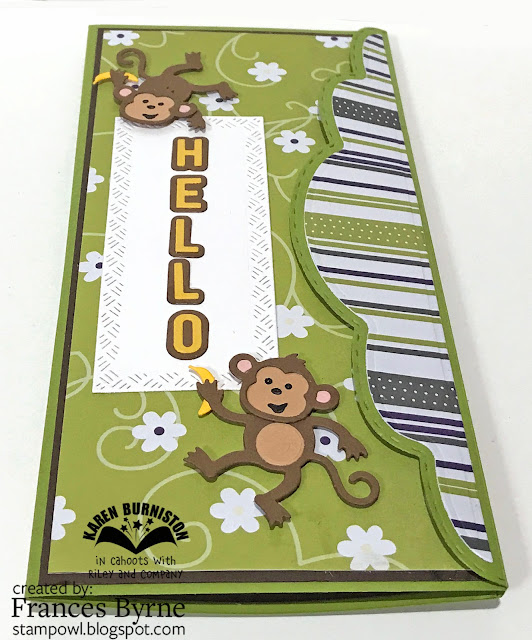 To decorate the front of my card, I added a rectangle from the new Short Rectangles - Crosshatch die set. I added the "Hello" again using the Mini Alphabet Die set.
To finish off the card I added the two monkeys to each end of the rectangle.

Perfect card for the challenge!

You weren't monkeying around when you created this card or maybe you were? Bahhahahhah - I love it Frances! Always a delight to see what you are up to creating!