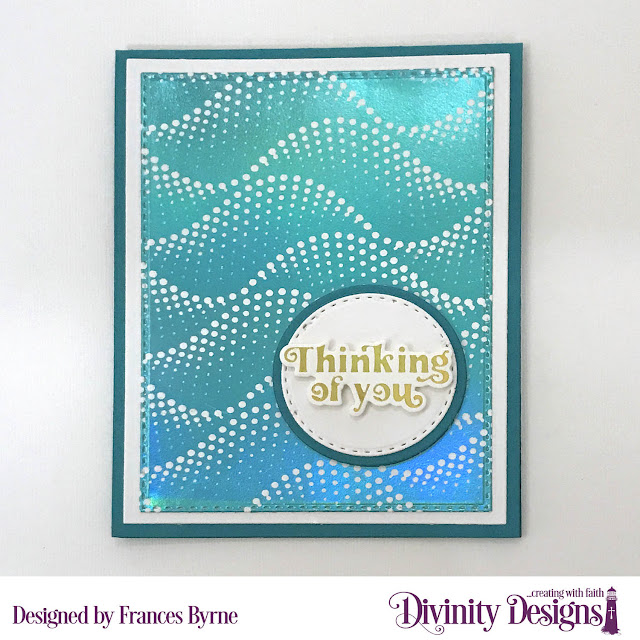 Hi Crafty Friends,
I have two more cards to share with your today using some of the new products from Divinity Designs May release.
For my first card I used three of the foil plates just released ... Waves Hot Foil Plate; Solid Foil Plate and the All Occasions Foiling/Die Duo set.
My card is a A2 Card which was created using the A2 Portrait Card Base with Layer, along wiith the Matting Rectangle die. 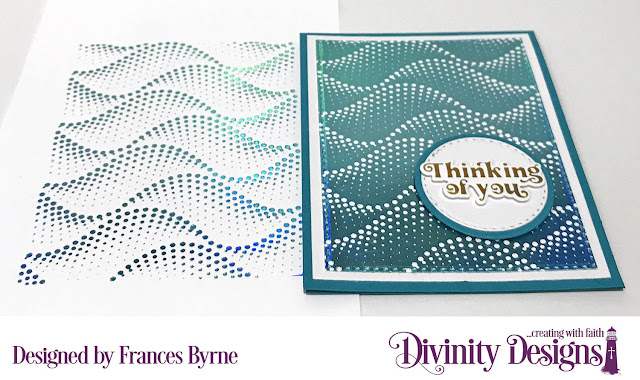 When you foil the Waves Foil Plate on white cardstock, you get the look of the white panel on the left of the photo above. You are then left with a scrap of foil, which once upon a time we would throw out. Now with the introduction of the Solid Foil Plate, by adding the left over foil onto the solid plate and adding another panel of white cardstock you get a very different look, as you can see by the card on the right above. So rather than getting just one card from a piece of foil you can get two, or combine the two different options on the one card whichever you want to do.
I used the Double Stitched Rectangles die set to die cut the foiled background panel and adhered that to my card.
For the sentiment I gold foiled the All Occasions Foiling/Die Duo set and added it to a circle panel using the Double Stitched Circles and Circles die sets. 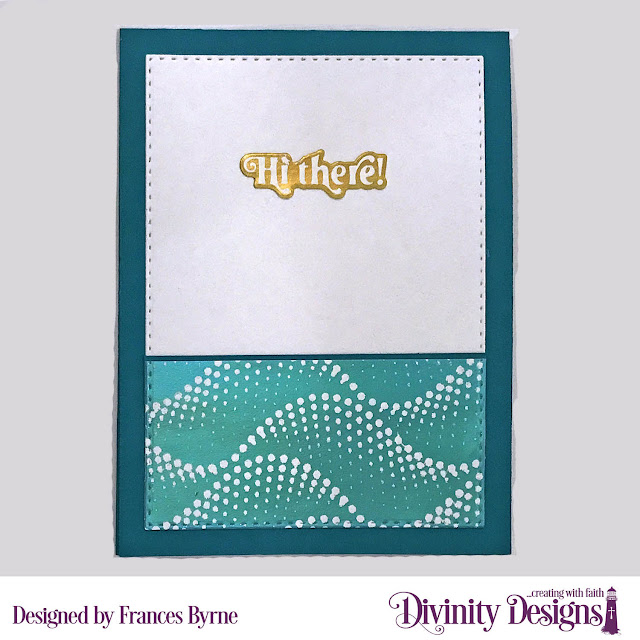 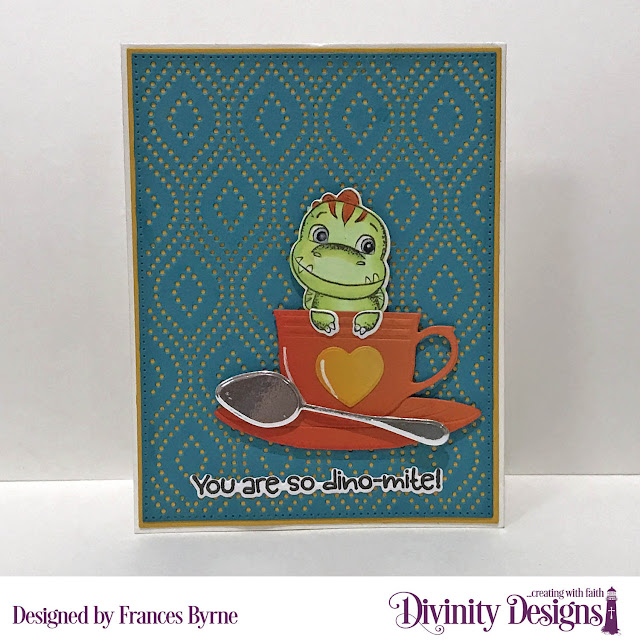 For my second card today I created another A2 Card using the A2 Portrait Card Base with Layer and the Matting Rectangle die sets.
I added the Pierced Waves Background die to my card.
To decorate the card I added the cup, saucer and spoon from the Cups & Mugs die set. I then used one of the dinosaurs and a sentiment from the new Dinosaurs stamp/die duo set. 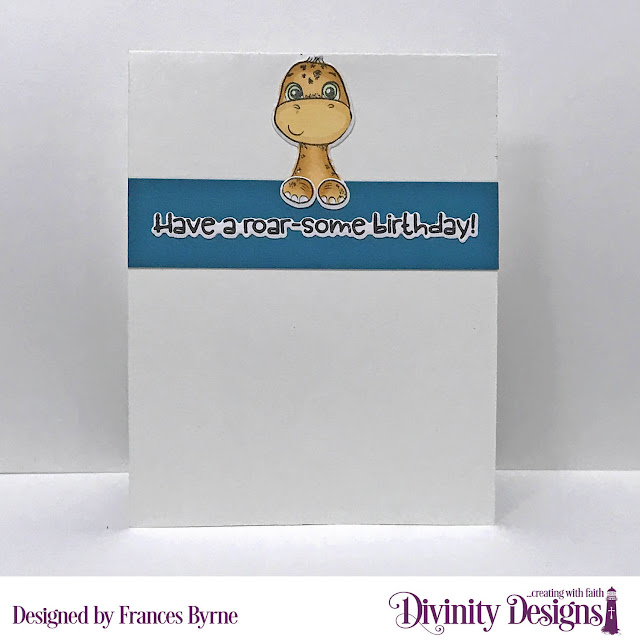 For the inside of the card, I added another of the dinosaurs and a sentiment from the Dinosaur Stamp/Die Duo set.

Nice cards, but you know I love the foiled one best. Thanks for showing both looks you can get!