It's time for our March Karen Burniston Designer Challenge. This time round Karen has given us the theme ..... "Pull it!" - anything that pulls. So that includes the Hanging Charm Pull Tab or any of the 3 pull cards.

As the Oval Pull Card is still fairly new only being released earlier in the year I decided to use that for this month's challenge. I wanted to do something different then just an ordinary Pull Card and as I haven't yet created a Gatefold Oval Pull Card with it as yet I decided to create one of those.

If you would like to know how to create this style of card using  the Pull Card dies, you can see a tutorial I created doing something similar using the Rectangle Pull Card on the Elizabeth Craft Designs blog here. 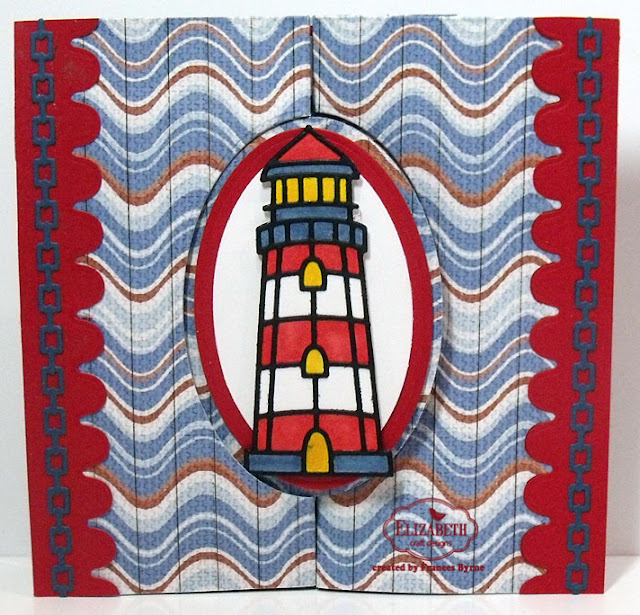 To decorate my card I used the Lighthouse die set. 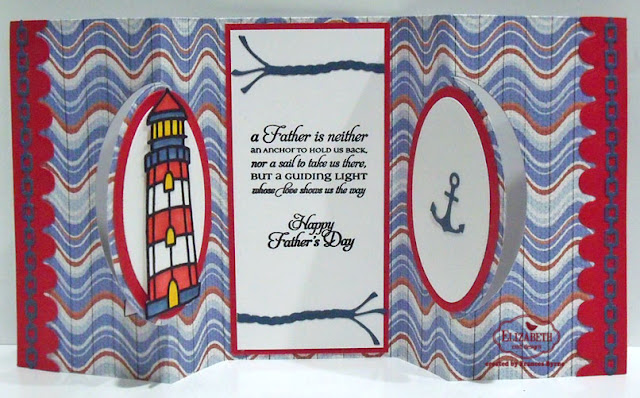 I added a rectangle panel to the centre of my card to which I have added a sentiment ... yes I am definitely getting in early for Father's Day LOL  which isn't until September down here. But as I normally have a fair number of these to make for my daughters, it doesn't hurt to get a head start! And the sentiment so matched the image.

At the top and bottom of the rectangle panel I have added one of the ropes from the Rope 1 die set.

As you can also see whatever image I put on the front of the card, I have also added to the inside so it doesn't matter if the card is opened or closed. 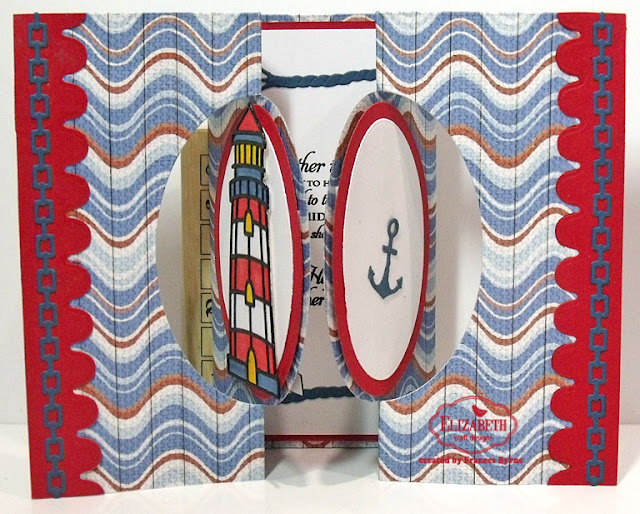 Here is another view of my card so you can see it when it is just starting to be opened. 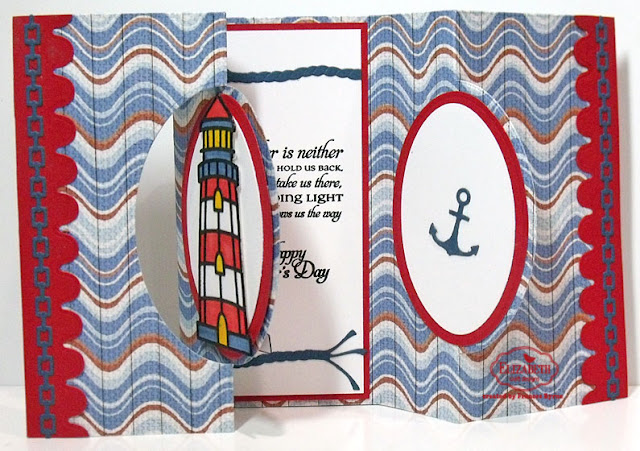 On the above photo you can see that the right side of my card is opened up, while the left side is still partially closed. 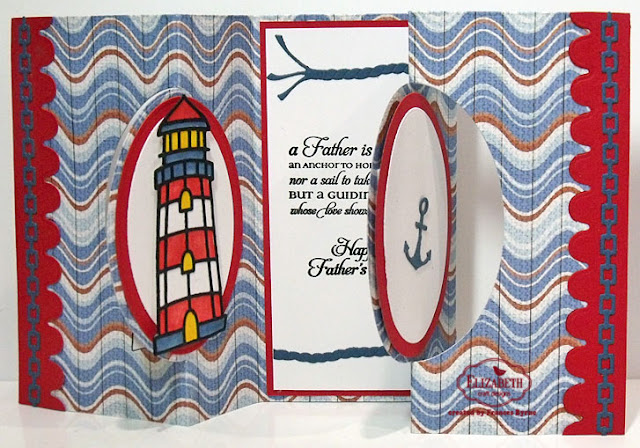 And finally for this photo you can see that the left side of my card is opened up, while the right side is still partially closed.

If you are looking to purchase Karen's Pop It Ups dies in Australia you can find them at Craft Giraffe (formerly Photo Continental).

Don't forget to check out  Karen Burniston's blog  on Wednesday when you will be able to see what all the designers created for the challenge this month, plus an amazing card/video tutorial from Karen Burniston.

I will be back tomorrow with another card I created for this challenge.

Great card Frances. I especially like how you used the border dies. I just purchased them and you've inspired me.