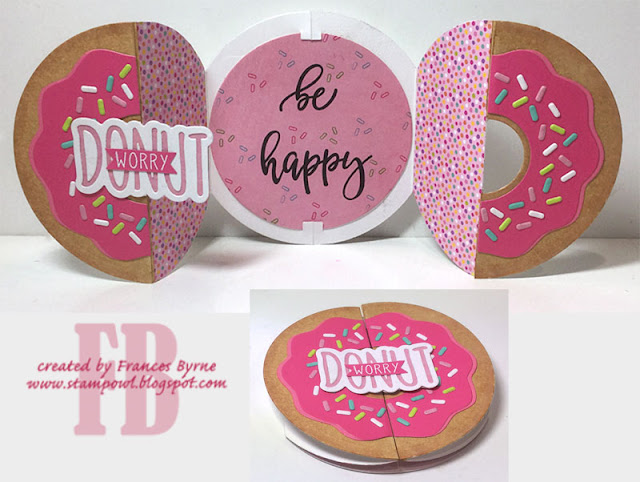 Apparently today is "Donut Day" so as you can see by the photo above I decided to create a donut card.

I recently purchased this fun Sizzix Donut Fold-A-Long die set and this was the perfect opportunity to pull it out and play with it. 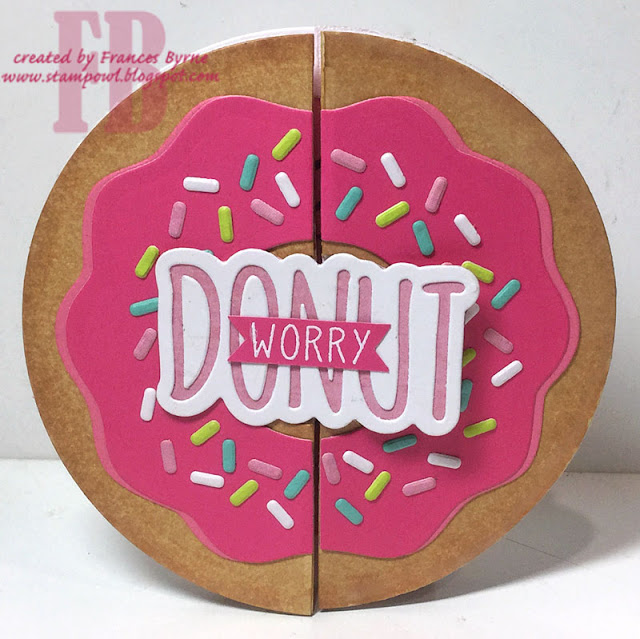 I die cut the Donut Fold-A-Long card from white cardstock. I die cut two additional white half circles for the front and colored them with copic markers.

For the icing I die cut two different shades of pink cardstock, layered the two pieces together and adhered to the front of the card. For the sprinkles I added four different colors. 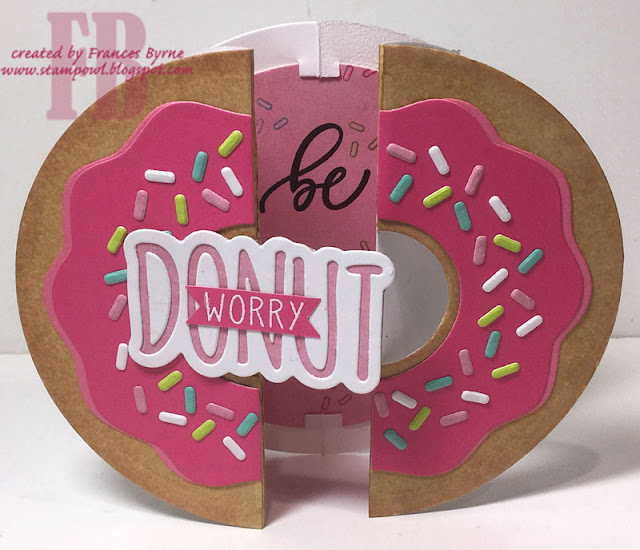 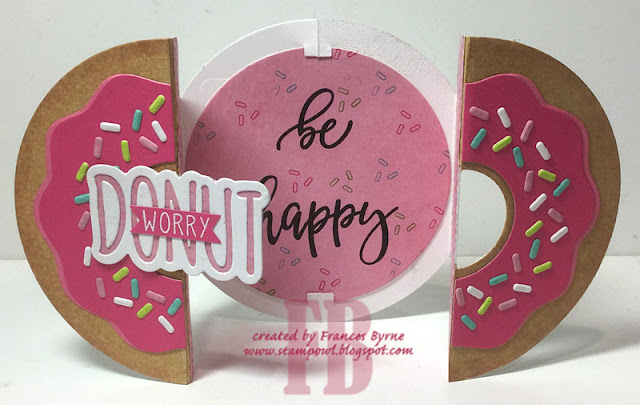 For the centre circle when the card is open I added a sentiment and sprinkles from the Honey Bee Stamps Donut Worry Clear Stamp set.

Here is a look at my card when it is full open. 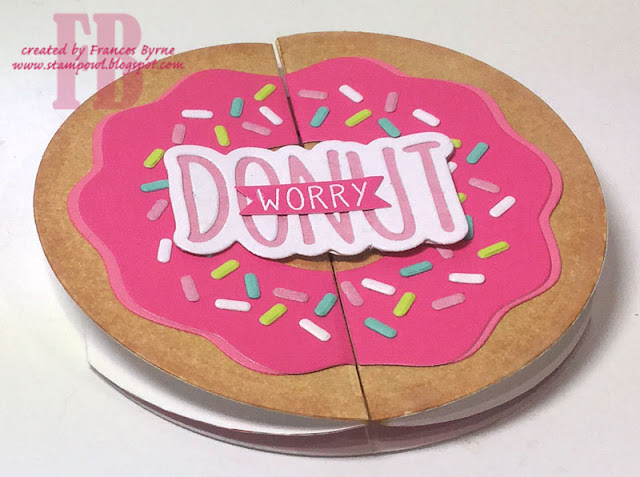 One last photo of my card when it is lying flat on my desk, closed ready to be placed in an envelope.

YAY for a new Fold-a-Long card! This is so sweet!