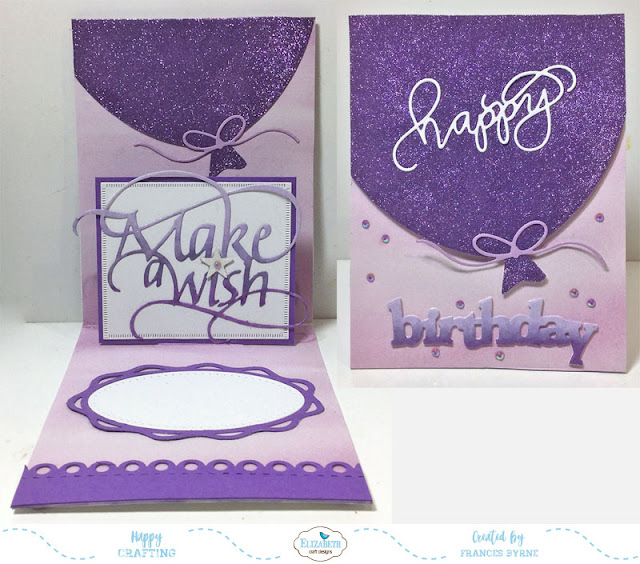 I am focusing on three of Suzanne's new die sets being released for my card today. I just love the new "Big Balloon" which almost fits the whole front of the card that you don't need much else. The new Happy Birthday 3 die set introduces a couple of different fonts to the mix which I just love and the Make a Wish sentiment. All three can be used individually, but they also work very well together which is what I decided to do for my card today. 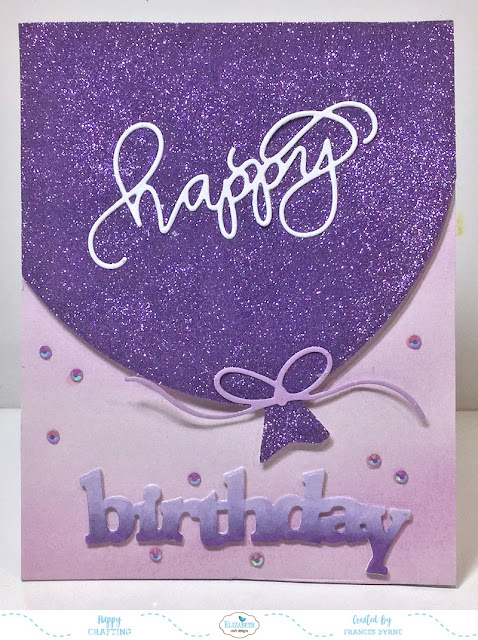 For the front of the card, I used the new Big Balloon, which I die cut from White Soft Finish Cardstock that had Clear Double Sided Adhesive on the front. I covered the adhesive on the balloon using Lavender Silk Microfine Glitter.

I covered a top folding white card with some lavender designer paper and then adhered the balloon to the top of the card using foam tape. The bow that is attached where the balloon would be tied is also part of the die set.

I die cut the "Happy" and "Birthday" from the new Happy Birthday 3 die set again from White Soft Finish Cardstock. The "Happy" is adhered over the glittered balloon, while the "birthday" I stacked three together to make a thicker sentiment and colored the sentiment using various shades of purple for an ombre effect.

To finish off the front of the card I added some purple crystals randomly around the card. 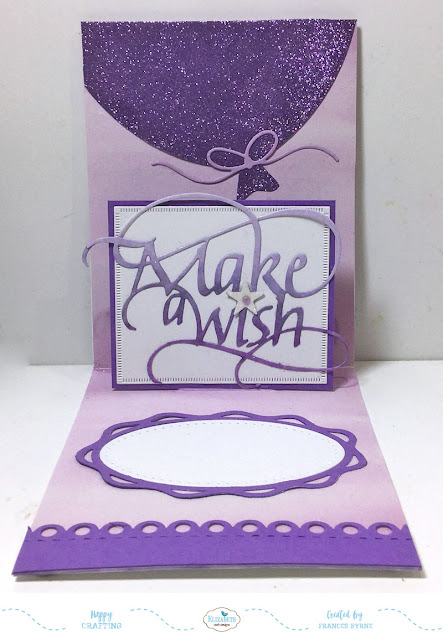 For the inside of the card I created a pop-up card using the General Pop-ups die set. I die cut and glittered another of the "Big Balloons" adhering to the back of the pop-up, this time placing it higher on the card so it can be seen over the pop-up sentiment.

The Make A Wish Sentiment was die cut from White Soft Finish Cardstock and colored using Copic Markers giving it an ombre look. This was layered onto a rectangle die cut using the Dashing Rectangles. As the rectangle was larger than I needed, I placed the rectangle back into the die after die cutting so that I could shorten it slightly.

I used the stars that come with the Make A Wish die set, to die cut an additional star with I covered with Cool Diamond Silk Microfine Glitter and adhered over the star in the Make A Wish sentiment. 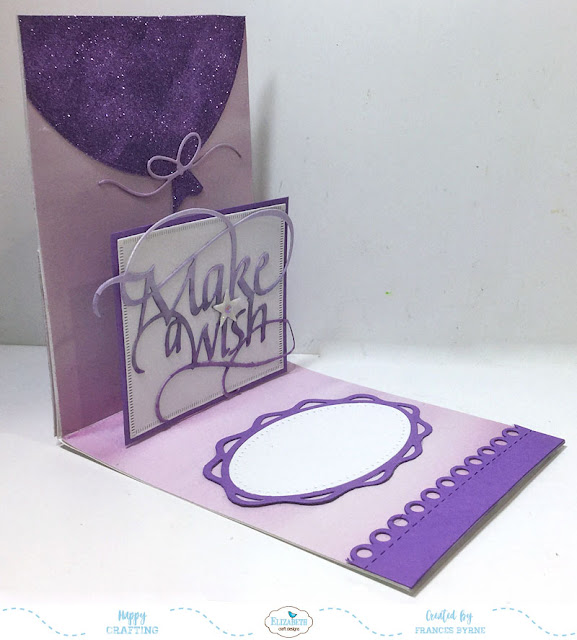 Along the edge of the base of the card I used the Valentines Edges to create a purple border. I also used the Fitted Frames - Curvy Ovals to die cut an oval to attach to the middle where a personal sentiment can be written.


Don't forget to visit the Elizabeth Craft Designs blog to see what the other Design Team have created using Suzanne Cannon's A Way With Words new release dies.

Such a pretty card with all the glitter and those beautiful dies.

great focus on the sentiment