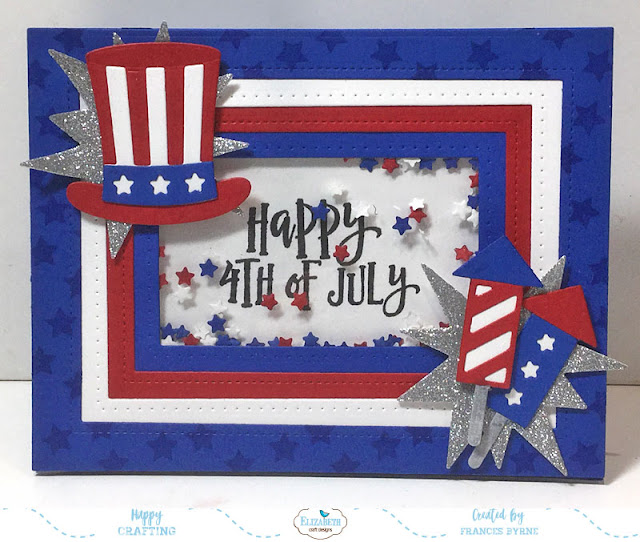 It's my turn to post a tutorial on the Elizabeth Craft Designs blog. With the 4th of July being less then 2 weeks away, I thought I would create a shaker card to celebrate the occasion.

Now of course living in Australia I don't actually celebrate the day, but I had fun playing with a number of the new die sets which included the 4th of July & Frame It/Stitched Rectangle die sets. 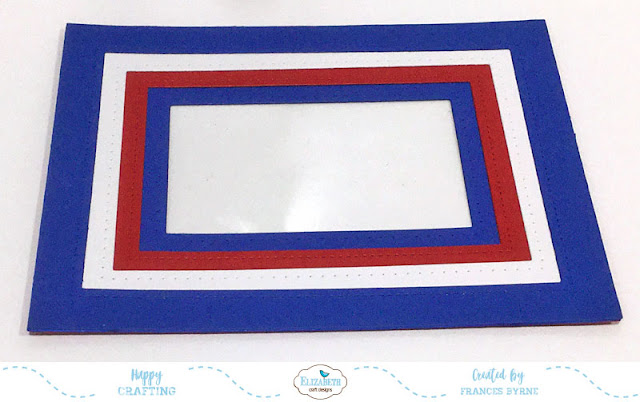 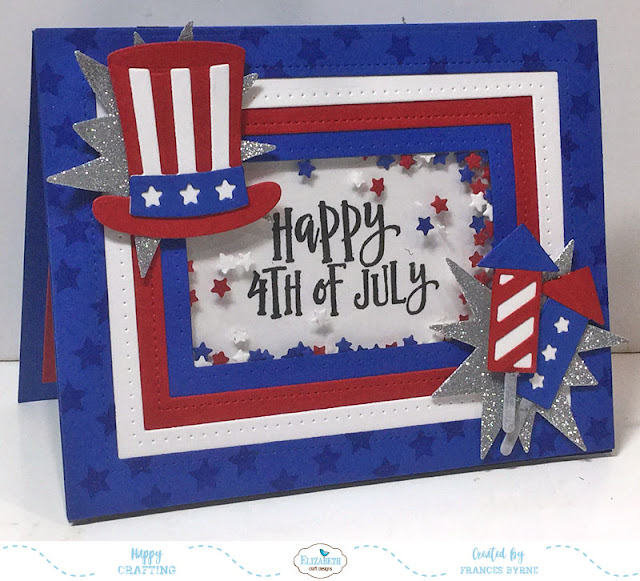 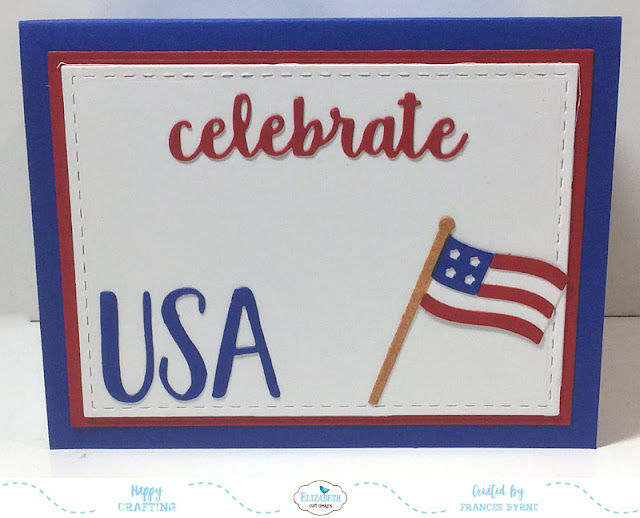 Thank you for stopping by, I hope you enjoyed my tutorial.

fabulous shaker card....love the mini stars in the shaker

Festive 4th of July card. Who can resist a shaker card? Funtastic!!