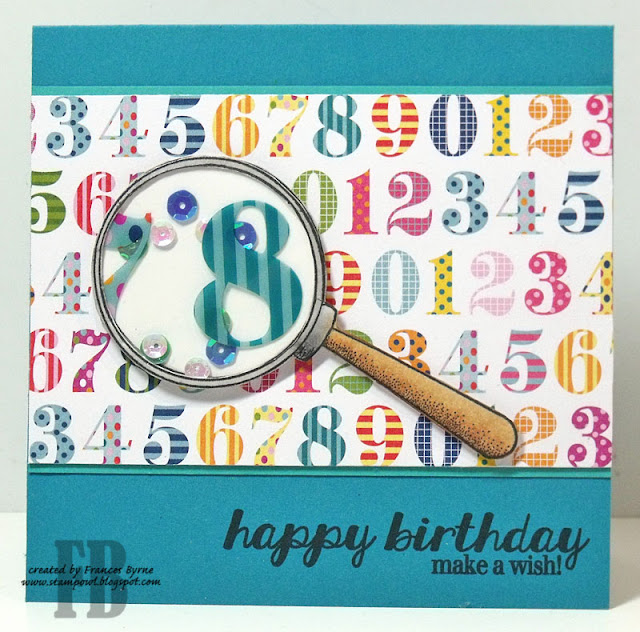 Last month I decided to purchase the Simon Says Stamp May Card Kit, because it had an animated stamp set I didn't miss out on. The kit also included a few other bits and pieces including designer papers and 1-Numbers Acetate sheet both by Illustrated Faith.

I went more for a male theme for my card and 'magnified" the number 8 so I have one card that can be used for my grandsons birthday next year or for one of his friends. 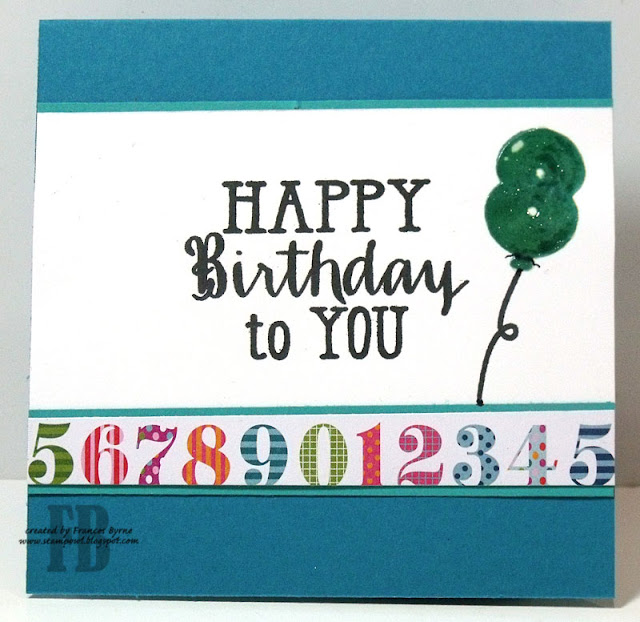 For the inside I used the remainder of the number designer paper and added a birthday sentiment and a balloon in the shape of an "8".

So fun - and neat that you got to use your magnifying glass too.