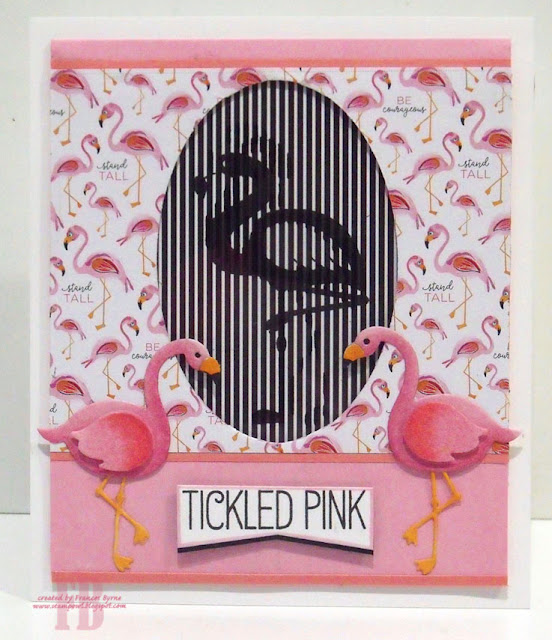 Today I am sharing another animated card using stamps from Uchi's Design ... I am just loving playing with these stamps to create these fun cards.

Simon Says Stamp! May card kit included this fun Uchi's Design Animated Stamp set which was exclusive to Simon Says Stamp! I have never purchased a card kit before, but as it contained this set which had a few images I really likes (including the flamingo above) I decided to order the kit!

These cards are so much fun to make and even my husband commented on how fun they are which he doesn't often do as he sees so many cards I make lol!


I love how the flamingo moves as you move the sentiment back and forward. check out the video to see the card in action.

To create my card I used an idea show by the owner of Uchi's Designs showed on a video using one of her Animation Card Die Sets. I don't have the die but I was able to do something similar using dies I had in my stash. I also trimmed the sides down to create a narrower card.

I added two pink flamingos to my card using MFT Stamps Flamingos die set. The designer paper used on the card is one that came in the Simon Says Stamp card kit.

I decided not to put a frame around the oval window as it would have covered up too much of the designer paper. 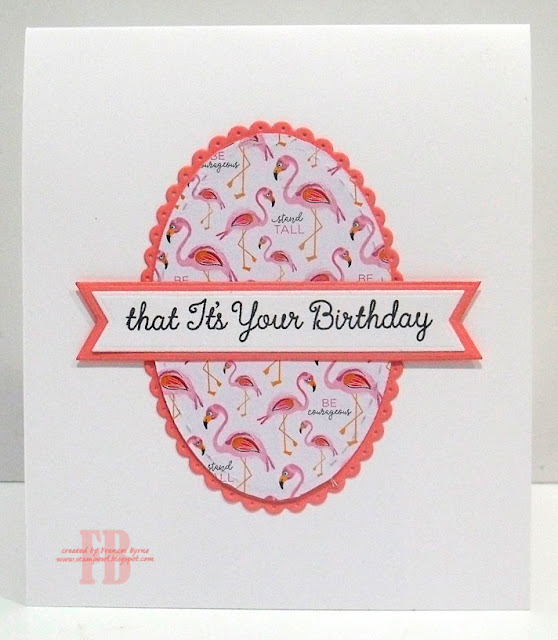 For the inside of the card I used the oval panel that came out when I cut the window for the front of the card. I then added a sentiment onto a fishtail banner.

Very cool - glad you are having so much fun with these moving stamps.

These moving stamp cards are really very great source of fun and enjoyment for me that’s why I like this blog and going to share this with my friend.

from die to stamps to dp....you sure did complete your theme beautifully