Have A Rockin' Birthday 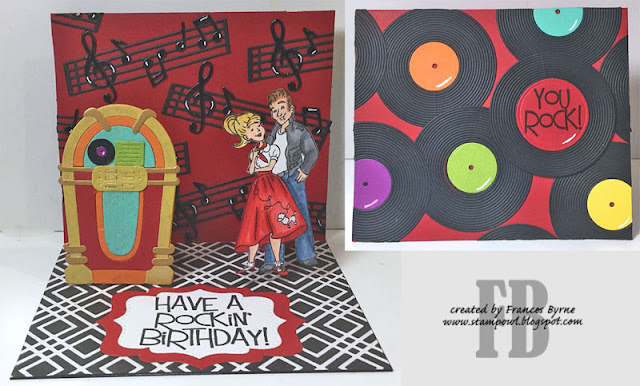 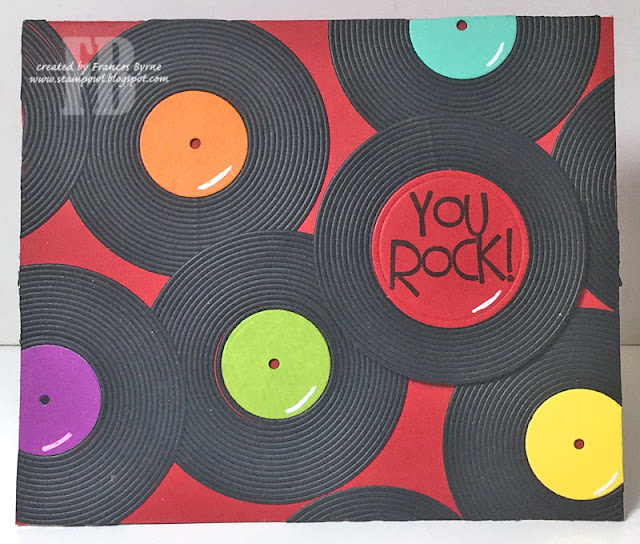 Altenew recently released a die called Fine Frames Circles (the die actually die cuts individual circles which can be used to decorate your cards) When I first saw this die being used I immediately thought this would make an awesome record so of course added that to my order I was placing at the time. Seeing I had the die and I discovered this special day I decided it was as good an excuse as any to pull out the die and make a card.

The sentiment is from a stamp set from The Stamps of Life which I die cut using a slightly larger circle and attached this record to the card using foam tape. 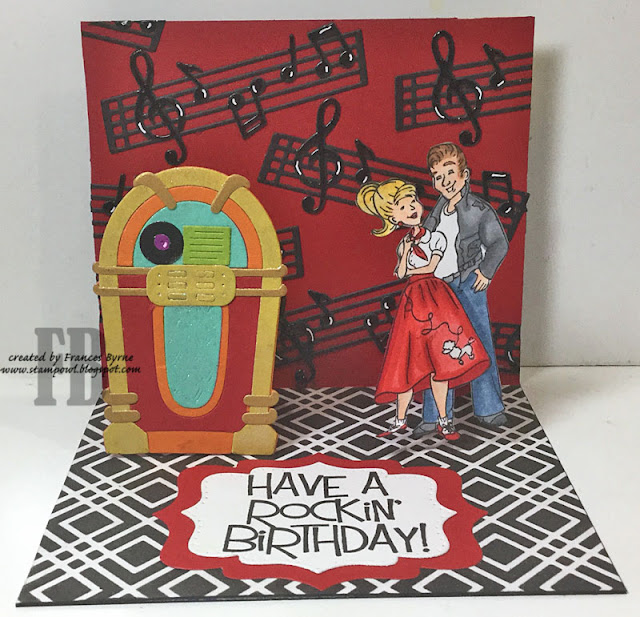 Back when Karen Burniston was designing for Sizzix, I made a pop up card using the Sizzix Jukebox so I decided to pull it out for my card today and create an updated pop-up card using Karen's newer dies. You can see my previous card here.

To start my pop up card I started by creating the floor. I was planning on using a checkerboard stencil to create my floor and then while I was looking for my stencils from the one I wanted I came across this Square Dance Stencil from Simon Says Stamp which I thought would make an awesome floor.

To create the pop-up part of the card I used the Karen Burniston's Upsy Daisy Pop-up die set. I attached the pop up arms that come in the die set slightly in from each side so the objects placed on the pop up would be slightly closer to the centre.

I used the Sizzix Jukebox & Music Thinlits die set to create the jukebox, I think this die is now discontinued.

After looking through my stash I discovered this cute dancing couple which I though would work well with the jukebox. This is a stamp set from Paper Pretties which is no longer in business.

To create the background of my card, I used Lawn Fawn's Little Music Notes die set. 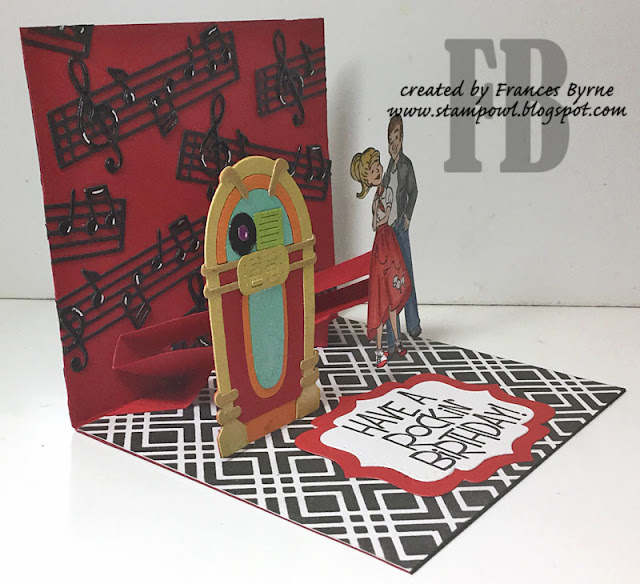 To finish off the card I added another sentiment from the stamp set I used for the front of the card which I stamped onto the labels from the Katherine Label Pop-up die set.

Supplies:
For your shopping convenience, all products are linked below. Compensated affiliate links are used where possible with no extra cost to you. This helps me to continue to share all the projects I include on my blog. Please note I only use and share products I love.
Dreamboat Stamp Set - Paper Pretties (discontinued)
Jukebox & Music Thinlits - Sizzix (discontinued)

I was so excited when I saw this card as I have the jukebox die!! Now to get the Altenew circles. Great card!!