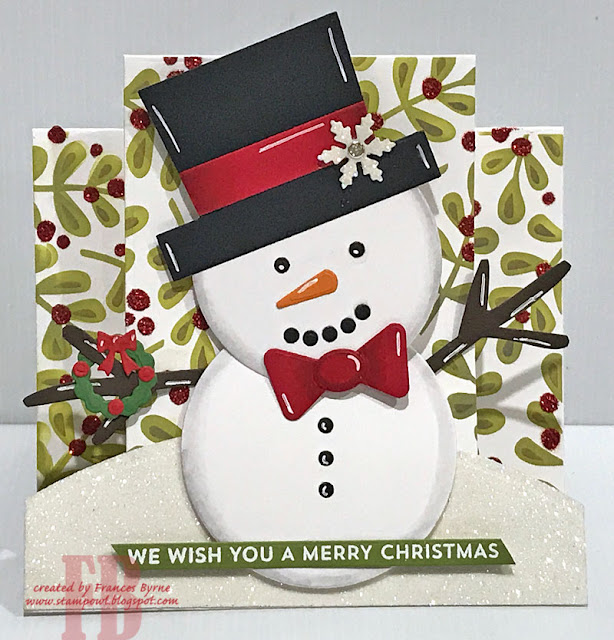 Today I am sharing another fun Christmas Card with you all. A month or two ago, MFT Stamps released some fun Christmas Crew Die-namics sets, one of which was a Snowman. The die set came with the hat, bow, nose, eyes and buttons and it could be used on their gift card holder which they also released at the time. I decided to use it a little different, so die cut two circles and made a more traditional Snowman. I added arms to my snowman, which are  from an older Taylored Expressions Sack It - Reindeer die set, the antlers, were the perfect shape, I just needed to make them a little thinner.

I added a snowflake to the Snowman's hat which is from Karen Burniston's Snowman die set. I also added a wreath to one of it's hands which is from Honey Bee Stamps Gingerbread House Add-on die set.


When placing the snowman to the card base, I added an action wobble to the back of the head, so the head wobbles when it is touched. You can see a quick video of my card in action above. 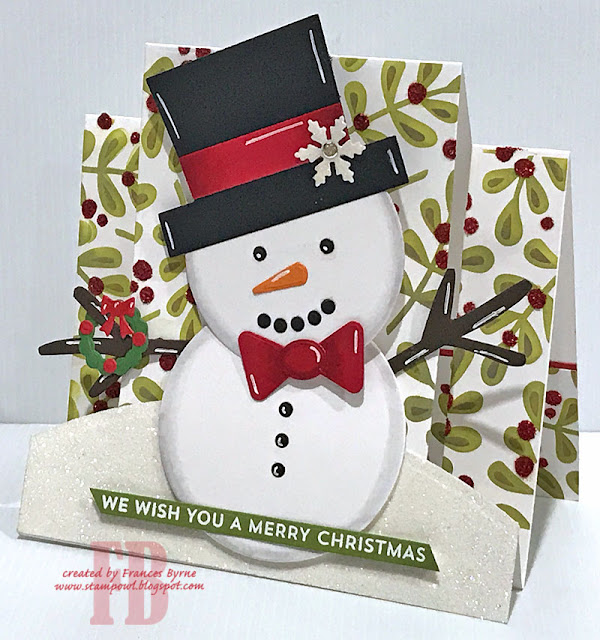 As you can see I created a Centre Step Card using Divinity Designs Center Step Card with Layers die set. I used Taylored Expressions Modern Holly Layering Stencil to decorate the white base of my card. This stencil set contains three stencils which allows for detail layering. Another feature of this stencil set, is that each stencil has tiny squares along two sides which you also ink while using which makes it easier to line up the stencils as you move on with the layers.

I used Distress Oxide Ink in Peeled Paint and Forest Moss to ink the leaves of my stencil. For the berries I used Therm-O-Web Glitter Glitz Gel in Red Velvet for some added texture.

I added a glittered snowy border to the base of my card, using the curved border from Lawn Fawn's Palm Tree Border die set. This was die cut from White Cardstock that had Clear Double Sided Adhesive Tape on the front and then covered with Cool Diamond Silk Microfine Glitter.

To finish off the front of the card I added a sentiment from MFT Stamps - Bitty Holiday Wishes stamp set which I white embossed on green cardstock and then die cut using Honey Bee Stamps Banner Builder die set. 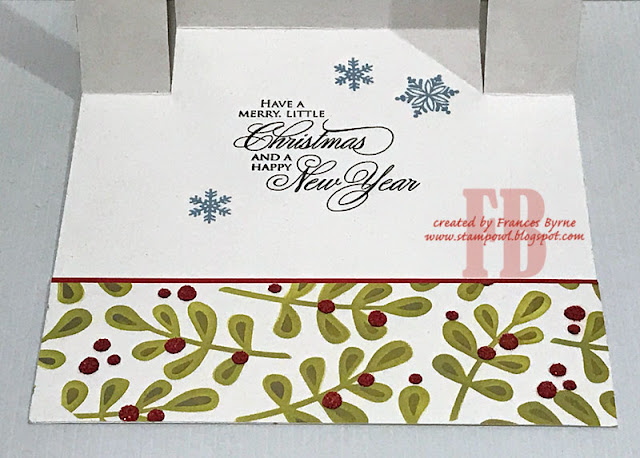 For the inside of my card, I created another strip of the stencilled design which I added to the base of my card.