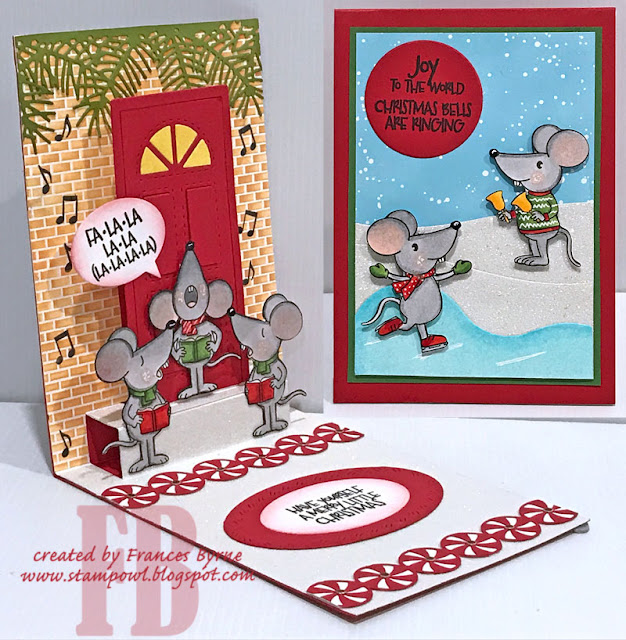 Today I am sharing a Christmas themed pop-up card using some stamps and dies from La-La Land Crafts Holiday Kit which was available for purchase in November.

I used the Tall Door die and the A Caroling We Go stamp set which were both included in the kit. 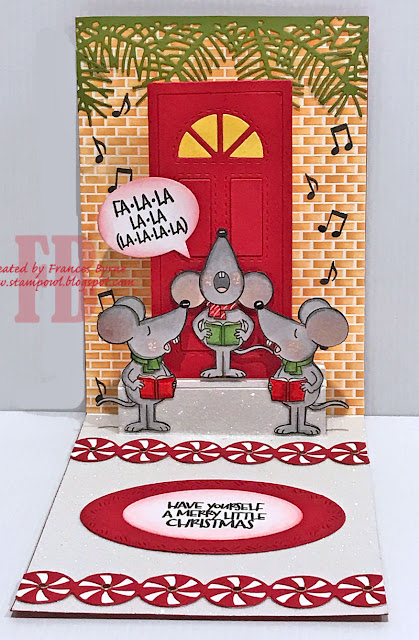 I created a pop-up card using Karen Burniston's Cupcake Pop-up for the base. It's been a while since I have used this pop-up die set as a generic pop-up, but it is a great set to be able to disguise the cupcake with something else (the door in the case of this card) and there is also a step which can come in handy.

To create the base of my card, I joined a piece of white cardstock for the top portion, and white glittered cardstock for the base. I then used the Cupcake Pop-up die to die cut the pop-up portion of the card.

I used Honey Bee Stamps Perfect Brick Stencil to create the brick background onto another piece of white cardstock using Rusty Hinge Distress Oxide ink. Once I had created the brick background, I carefully marked and cut parts of the background so I could get it to fit around the cupcake.

I stamped a few music note randomly on the brick background. I also added the Pine Needles Border from Memory Box to the top of the card.

I used a speech bubble to stamp the "Fa-La-La-La" sentiment which I added to the door above the singing mouse. 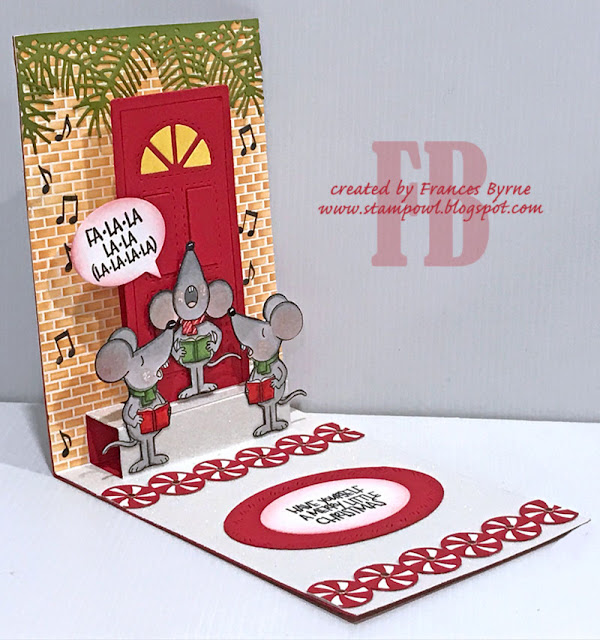 For the base of the card, I added another sentiment from the stamp set which I stamped and layered using the Crosshatch - Ovals die set. 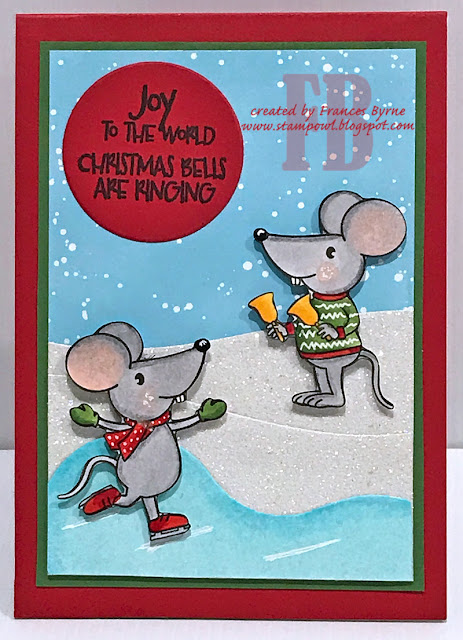 As I wanted to use the other two mice included in the stamp set on my card, and one of the mice was skating. I decided to create a snowy out side scene with a iced pond for the mouse to skate on.

I added one more sentiment which I stamped onto red cardstock and used a circle die to die cut the sentiment.

What a cute little Christmas scene.