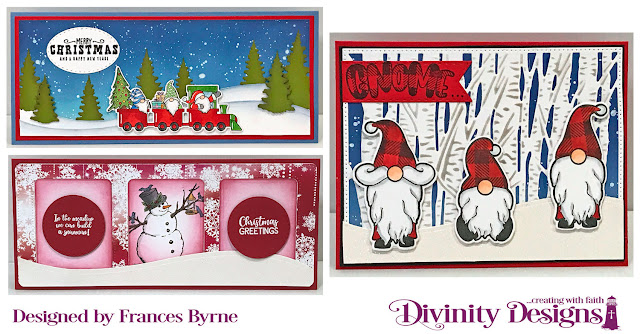 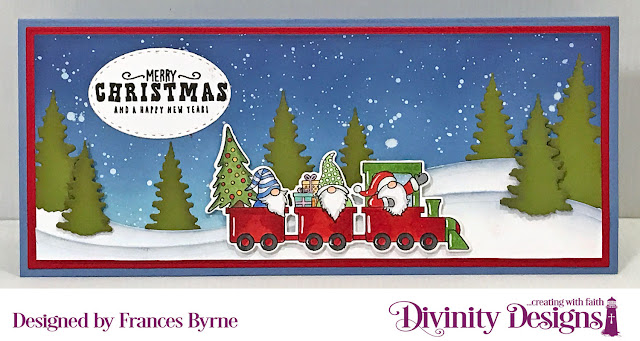 For my first card today I created a gnome themed Christmas card, using the Gnome Express Stamp/Die Duo set. I am just loving these new gnome sets.
I created a Slimline Card using the Slimline Card Base with Layers; Slimline Rectangles and Slimline Layering Rectangles die sets.
I created the background to my card using Distress Oxide inks in Tumbled Glass; Faded Jeans; and Chipped Sapphire.
The snow along the bottom of the card are created using the Slimline Curvy Slopes die set.
I added trees to my card using the trees from the Trees & Deer die set.
I added the sentiment to the left hand side of my card, layering the sentiment onto an oval from the Double Stitched Ovals die set. 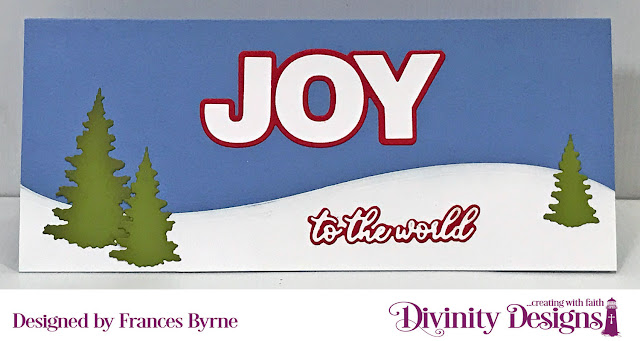 For the inside of my card I added another snowbank along the bottom of the card as well as a few trees.
I added the sentiment using the new Joy To The World die set. 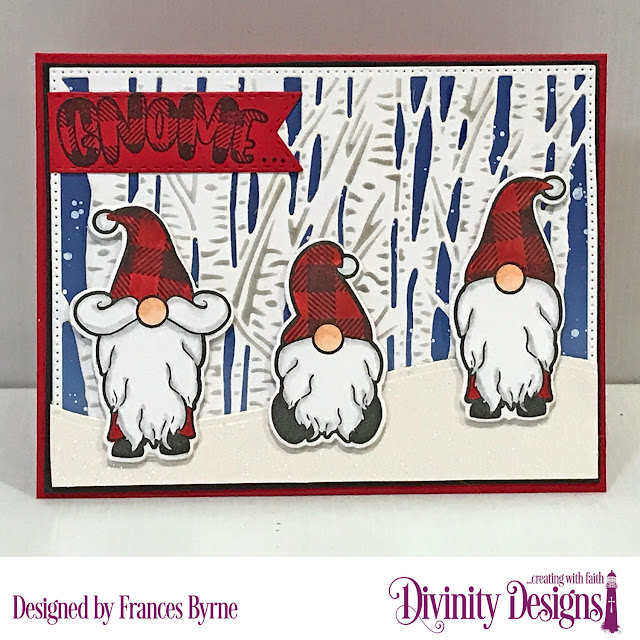 For my second card today, I used the Gnome for the Holidays Stamp/Die Duo set again, this time creating an A2 size card. For the base of my card I used the A2 Landscape Card Base with Layers and the Matting Rectangle die sets.
For the background of my card I used the new Birch Background, I used the die to emboss the detail on this image and then while the die was still in place added some grey ink to the detail areas.
I stamped the "Gnome" sentiment onto red cardstock and used the fishtail banner die included in the Double Stitched Pennants die set to die cut the sentiment. 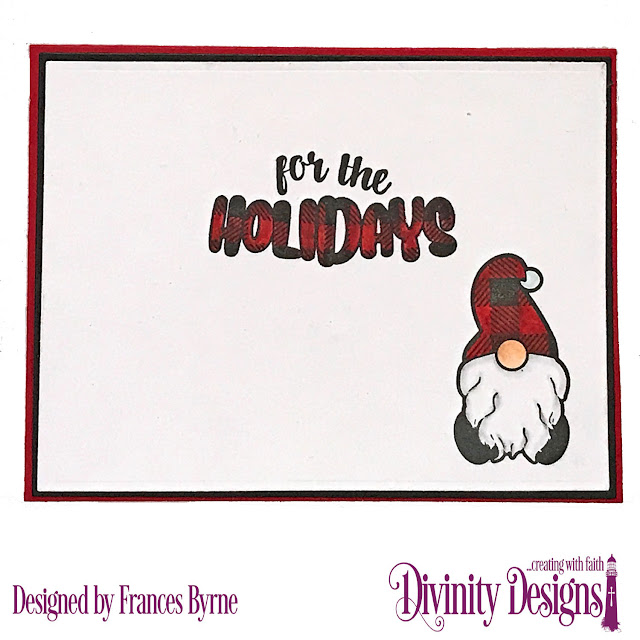 For the inside of the card, I added the remainder of the sentiment "for the holidays" and added one of the gnomes to the bottom right hand corner of the card. 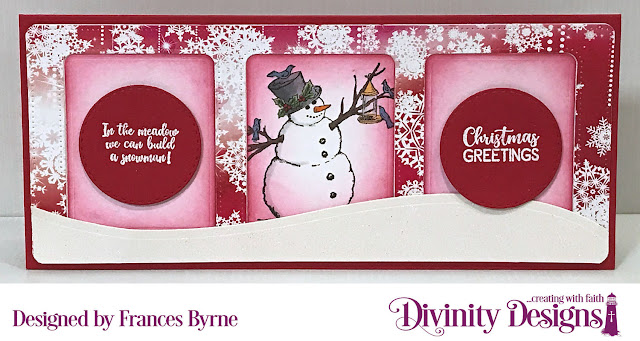 For your shopping convenience, all products are linked below. Compensated affiliate links are used where possible with no extra cost to you. This helps me to continue to share all the projects I include on my blog. For the benefit of my Australia readers, I have started to include some links to Australian stores when available. Please note I only use and share products I love.

Such cute cards - love the plaid on the gnomes.