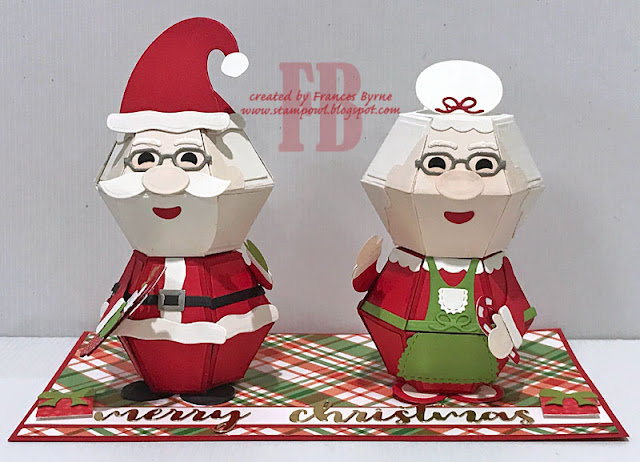 Today I am sharing a fun Christmas project I created using dies from Karen Burniston.

Santa and Mrs Claus were created using the Bitty Ball Pop-up and the Character Add-ons 2 die sets. I wanted to create something that could be put on display as a decoration rather than a card. 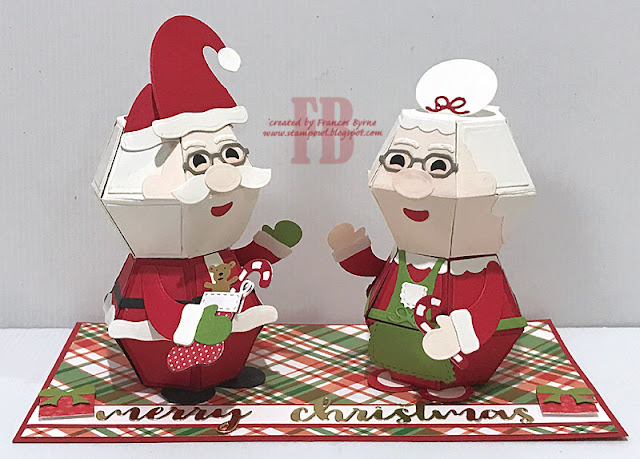 I used the the Exact Pack 6 - Character Add-ons 2 card pack to die cut all the pieces needed for both characters. 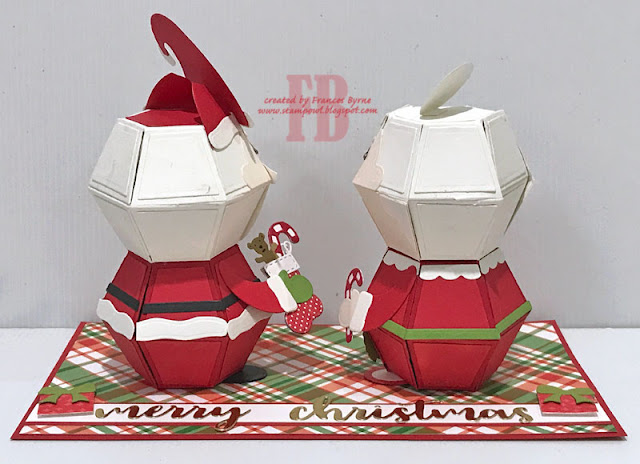 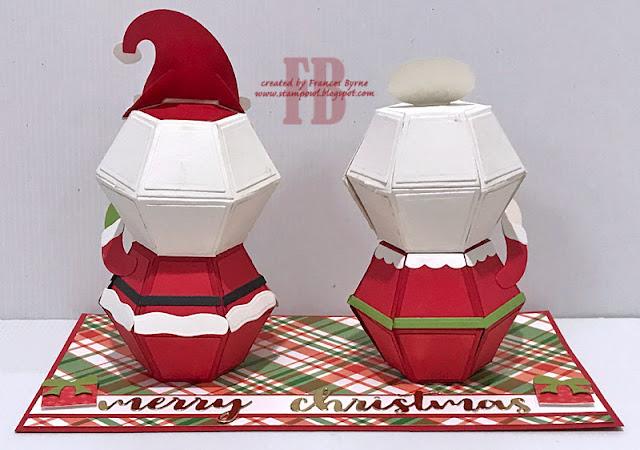 Santa and Mrs Claus are attached to the base using a brad, so that each character can turn. 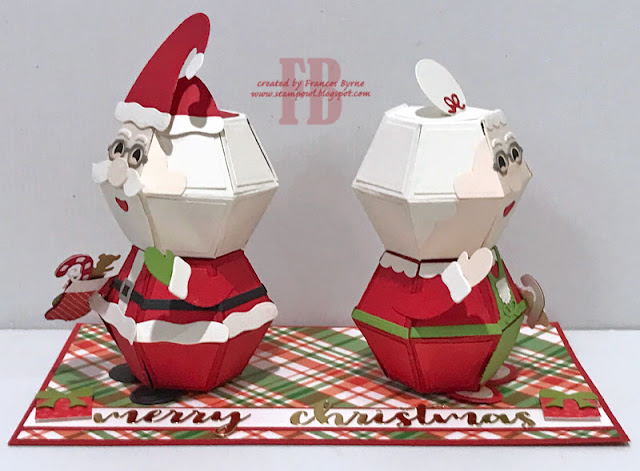 I adhered a strip of cardstock along the front of the base. I added a "Merry Christmas" sentiment using Bright Rosa's Christmas Words die set. I die cut these using gold foil cardstock.

II added two presents on either side of the sentiment using the Big Birthday Charms die set. 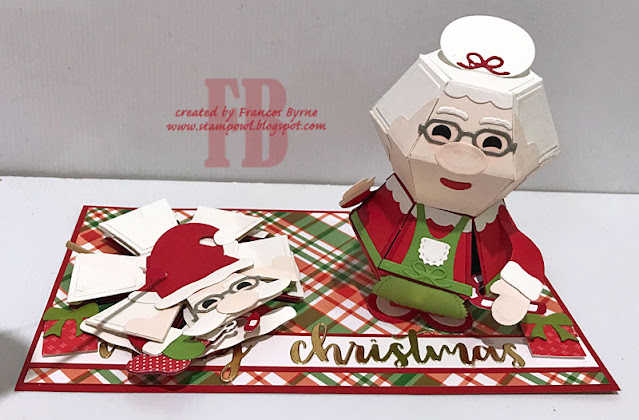 Each of the characters can be flattened, as you can see by the photo above, where I have used a skewer to hold down Santa. These means the whole piece can be flattened to be places in an envelope. 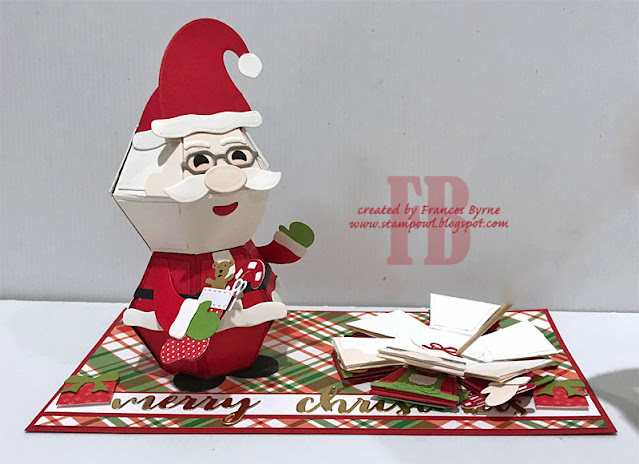 Here is one last photo, this time showing Mrs Claus when she is flattened.

Email ThisBlogThis!Share to TwitterShare to FacebookShare to Pinterest
Labels: Anything but a Card, Bitty Ball Pop-up, Christmas, Karen Burniston