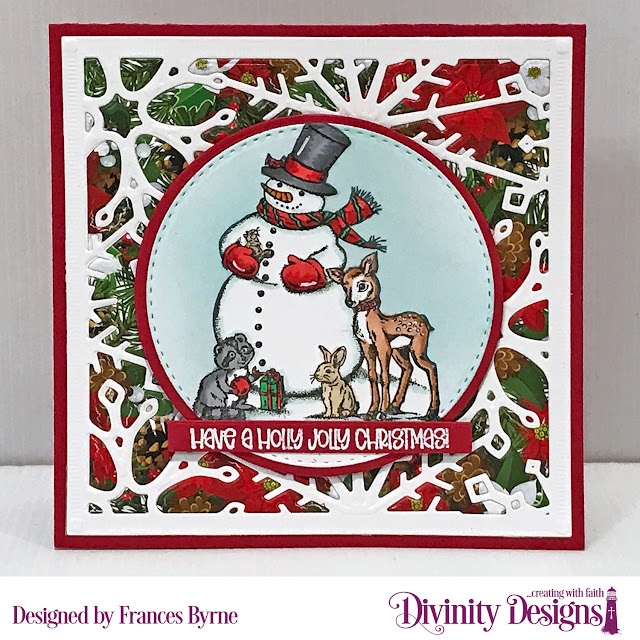 Today I am sharing a Square Christmas card I created using some of the new stamps, dies and papers from the Divinity Designs November/December release.

This card uses the Snowflake Square Background die which I die cut from white cardstock. For the card base I used the Square Card Base with Layer die set. The layer die from the Square Card Base was used to die cut the patterned paper from the Red Poinsettias Slimline Paper Pad that is layered under the snowflake background.

I used the Snowflake & Friends stamp set onto white cardstock. I used the Double Stitched Circles and Circles die sets to die cut the image and the layering circle.

To finish off the front of the card, I added the sentiment which is also included in the Snowman & Friends stamps set which I white embossed on red cardstock and then die cut using the Sentiment Strips 2 die set. 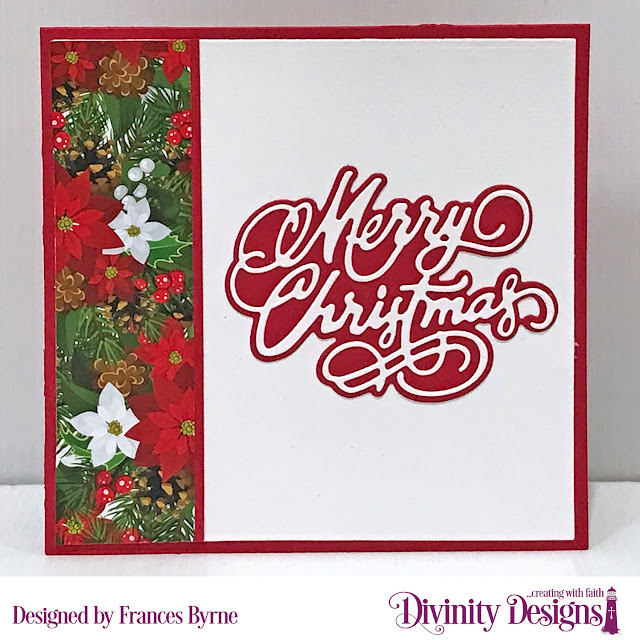 On the inside of the card, I used the layering die included in the Square Card Base with Layer die set to die cut the white panel. I added a strip of the Red Poinsettias Slimline Patterned Paper to the left edge of the card.
For the sentiment I used the Merry Christmas & Layers 2 die set.