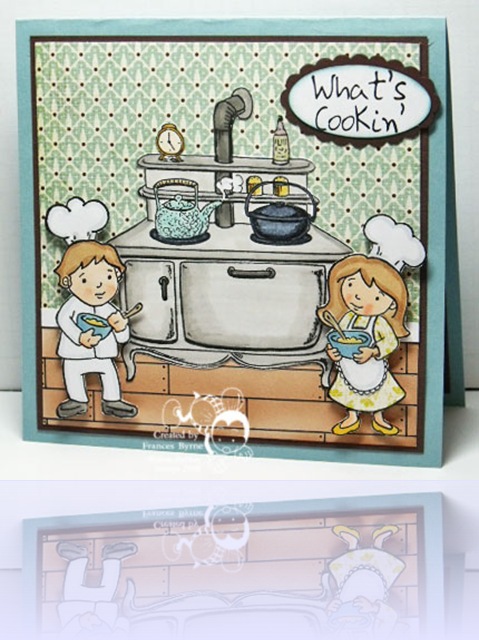 It’s day 2 of the sneak peeks for the new stamps to be released by Alota Rubber Stamps this coming Monday 12th April.

Two of the new stamps which will be released include the two cute chefs, “Chef Martyn“ and “Chef Kathleen“. The boy is named after my friends son, who is training to be a chef! The rest of the stamps used on this card are older already released stamps I have had for a number of years. These include the Stove/Oven. The sentiment on the from actually is part of a much larger stamp to use for recipes …. I just cut out the “What’s Cookin’” part so I could use it on my card.

After drawing up my floor, I used my copic airbrush to add the color to it. I also paper pieced the girls dress. 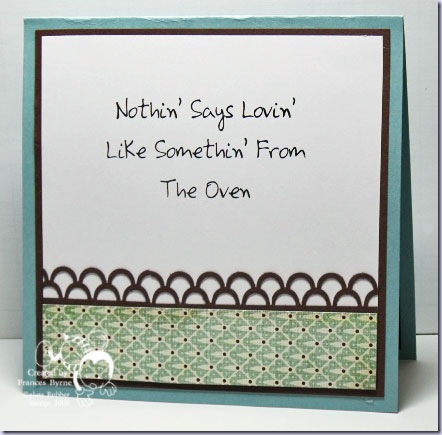 Here is the inside of my card, using another older sentiment from Alota Rubber Stamps.

Don’t forget to check out the rest of the Design Team to see what they have come up with today.

I will have another sneak peek to share with you all tomorrow!

So perfect to use that Oven with the cute Chefs!! Great card!

I LOVE this card, the oven the chefs! Stinking Cute