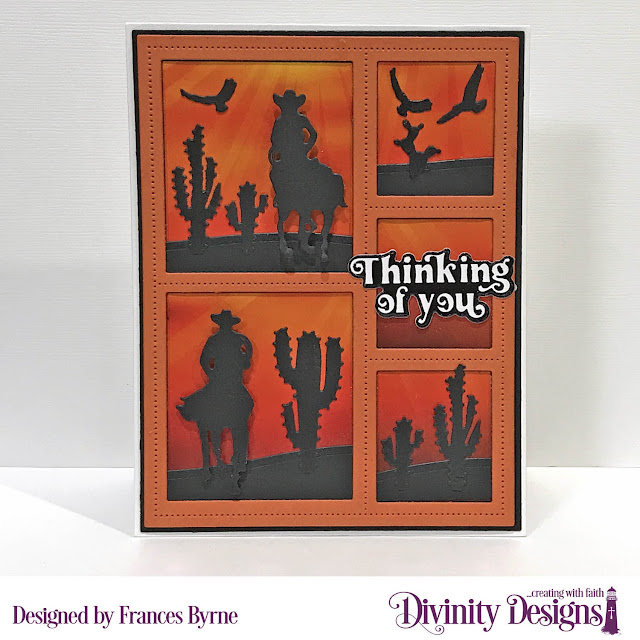 I have a male themed card to share with you today, using some of the new dies from the Divinity Designs June release.

To create my card I used the new Divinity Designs A2 Pierced Multi Windows die, I die cut this panel from a orange cardstock and two from black cardstock and layered them together. I then adhered these to the black panel die cut using the Matting Rectangle die and then finally onto a top folding A2 card which was die cutting using the A2 Portrait Card Base with Layer die set.

I used the die once more to die cut patterned paper panels from the Landscape Paper Pad which I adhered inside all the window openings.

Using the black inner windows left over from die cutting the black frames, I used the Curvy Slopes die to die cut the ground area for four of the windows.

I then die cut the cowboys, cactus and birds and adhered them to the windows.

Finally I used the All Occasion Foiling/Die Duo set to black foil the "Thinking of You" sentiment. I used the negative portion of the foil in conjunction with the Solid Foiling Plate to get the negative image of the sentiment. 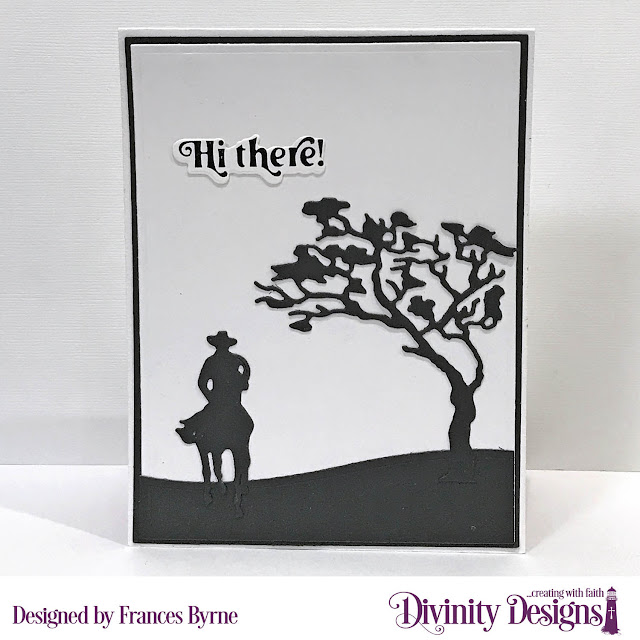 For the inside of the card I used the layering die included in the A2 Portrait Card Base with Layer die set and the Matting Rectangle die to create the white and black layers.

I then added two more of the images included in the Cowboys and Cactus Silhouettes die set.

I then added the "Hi There" sentiment which is also included in the All Occasions Foiling/Die Duo set.

Oh wow - this is wonderful!!