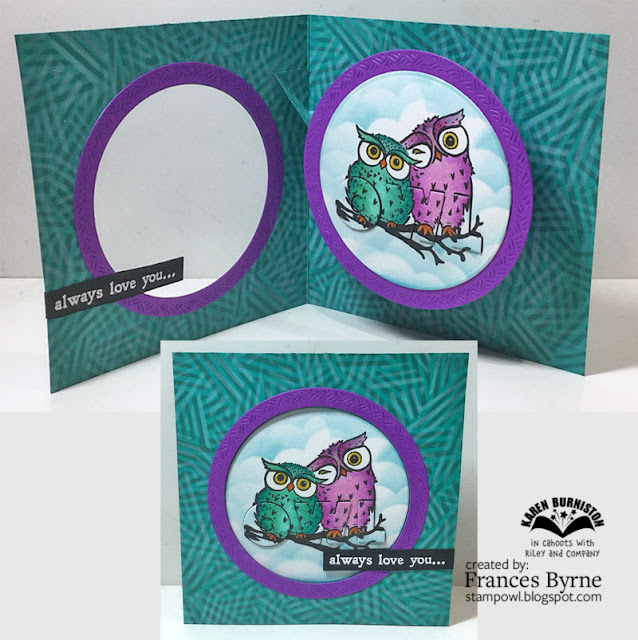 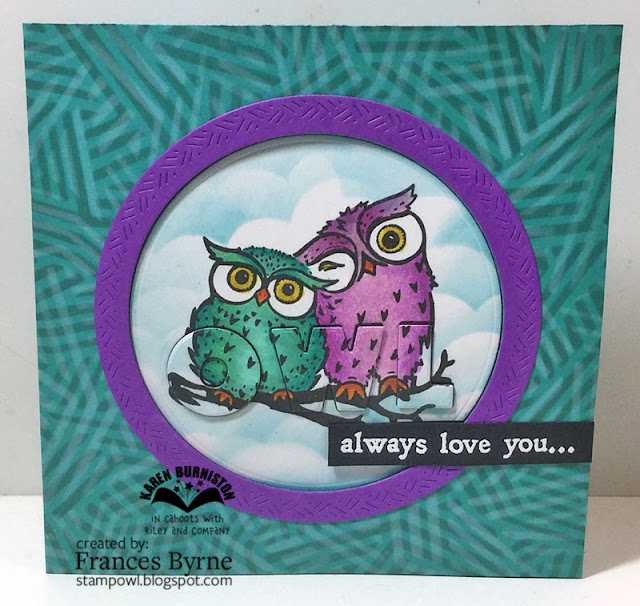 There were a couple of stamps I had on my wish list for a while, being an owl lover of course this Owl Love You stamp set was one of them. So when I got to chose what products I wanted to work with for this collaboration, I of course had to select this cute owl stamp set. 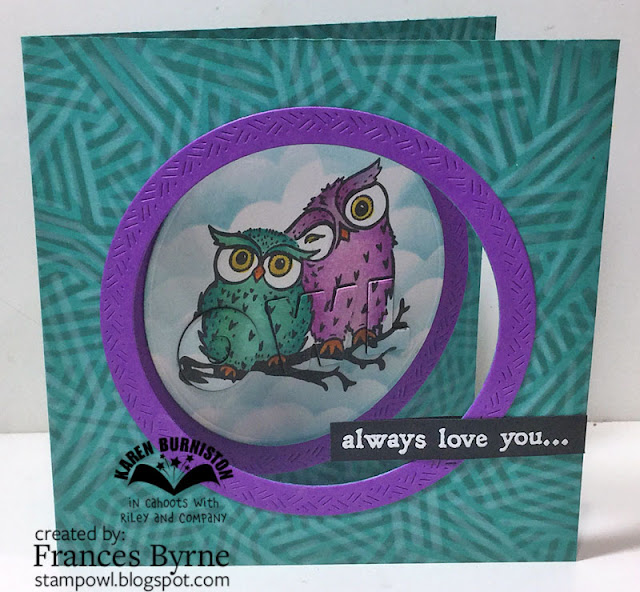 As I had just received the new Karen Burniston dies which are being released in June,  I had to play with a couple of those too. Here I have used the new alphabet die set to create the eclipse technique, die cutting the word "Owl" rather than using the word that was included in the sentiment.

I also used the new Circles die set for the layering of the owl and also for the frame on the window. I love the pattern that Karen has added to the edges of some of the circles in this die set. 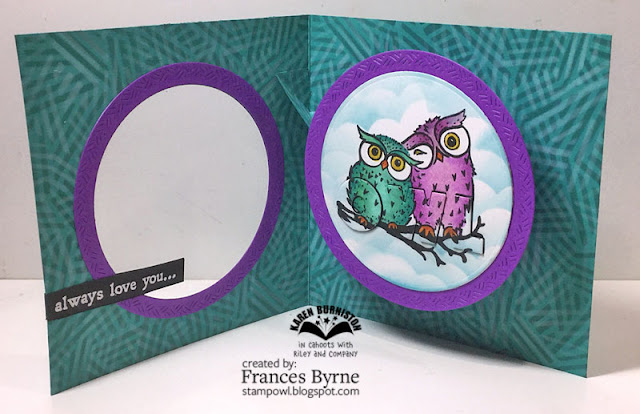 I used the pop-up mechanism from the Katherine Label Pop-up die set die cutting the window and the layers the owl is on using the new circle die set rather than the label that comes with the die set.

The cloud background was created using the cloud border die from the Nature Edges die set.

For the background of this card I used Hero Arts Every Which Way Stencil to create the Rotated Stencils technique.

I stamped the second line of the sentiment twice onto black cardstock and trimmed it down so I could have it on both the inside and outside of my card. 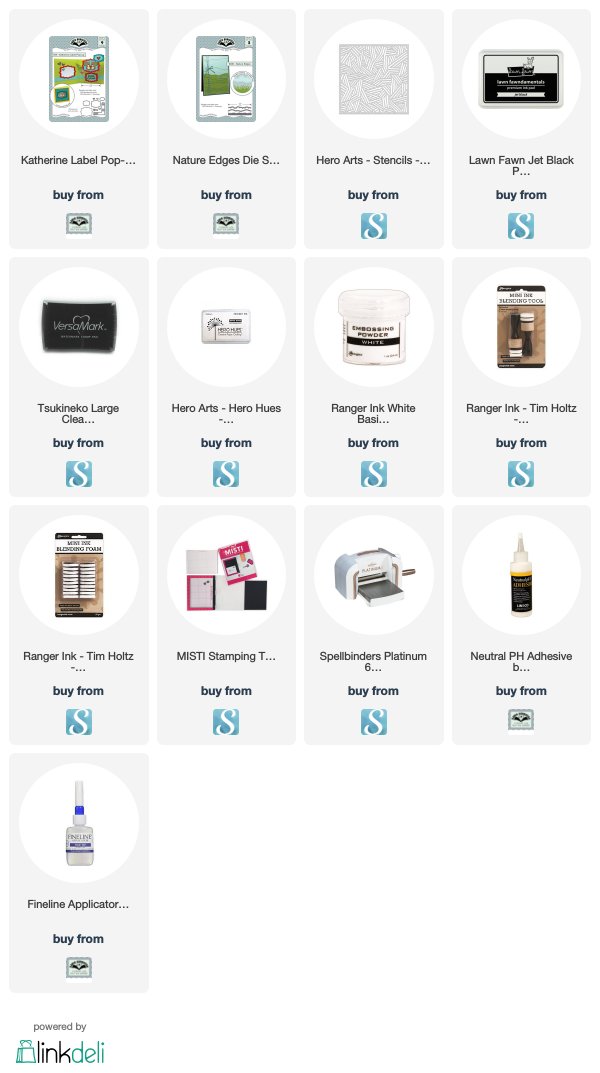