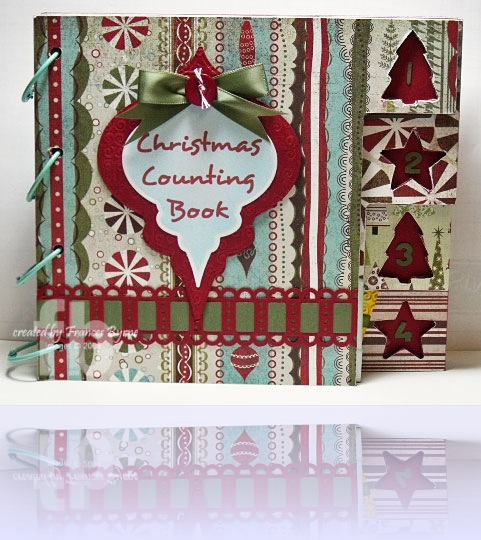 It’s Christmas Day already down here in Australia. I must have been a good girl again this year cause I did very well *smile*

Before I get onto my project for today, I know there are many of you who visit my blog regularly, so I would like to take this opportunity to thank you all so much for your support throughout the year. Hope you all have a wonderful and safe Christmas!

Ok now back to my project. Earlier in the month I was baby sitting my Grandson for my daughter which is always a pleasure. Well when she came to pick him up she had a nice surprise for me, which was this Kaisercraft Christmas Tabbed Album. Being Christmas themed it wasn’t hard to work out what designer papers to use to cover it so I did that almost straight away. But once it was decorated I had to figure out what to do with it. I am not a scrapbooker so didn’t want to make it into a photo album, so after showing it to a friend a few days later she suggested a counting book so that is the way I went. 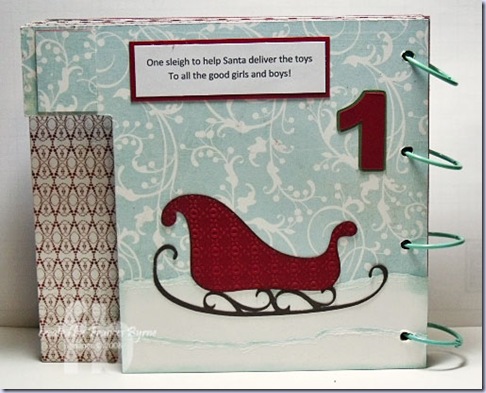 All the pages are decorated using mostly my cricut with a few pages using dies or punches.

Each of the rhymes that I have added to each page to go with the image on the page were created using the computer.

One sleigh to help Santa deliver the toys to al the good girls and boys! 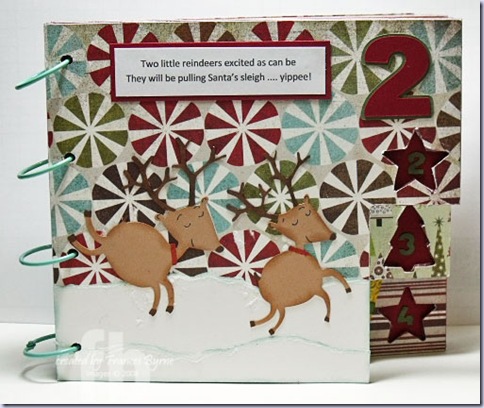 Two little reindeers excited as can be

They will be pulling Santa’s sleigh …. yippee! 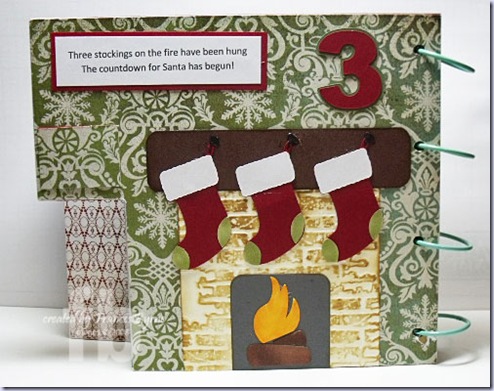 Three stockings on the fire have been hung

The countdown for Santa has begun! 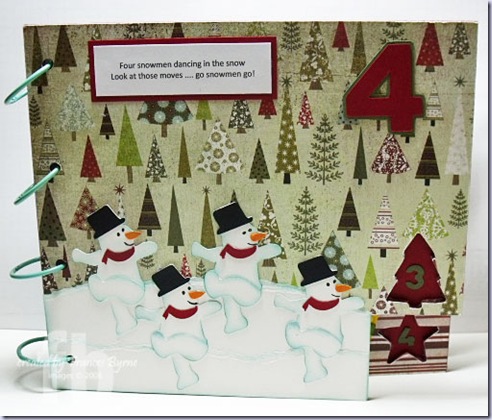 Four snowmen dancing in the snow 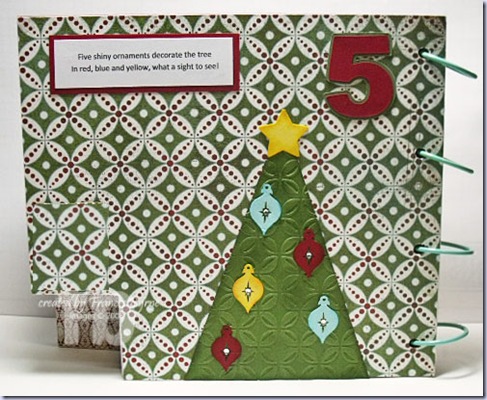 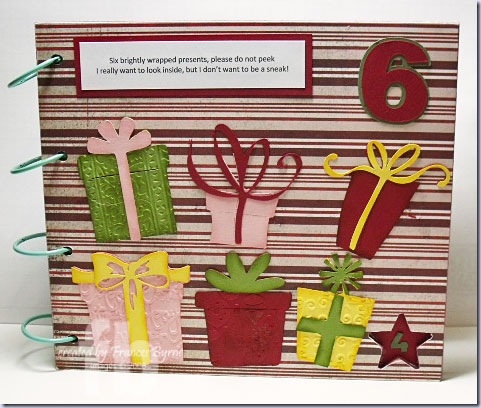 I really want to look inside, but I don’t want to be a sneak! 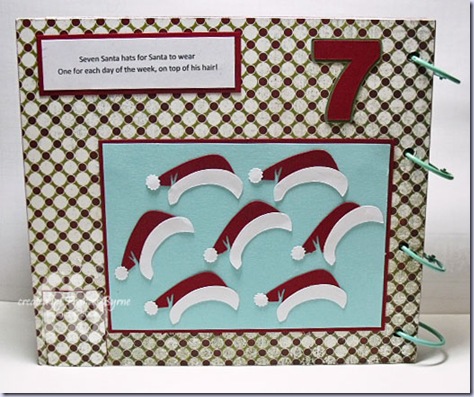 One for each day of the week, on top of his hair! 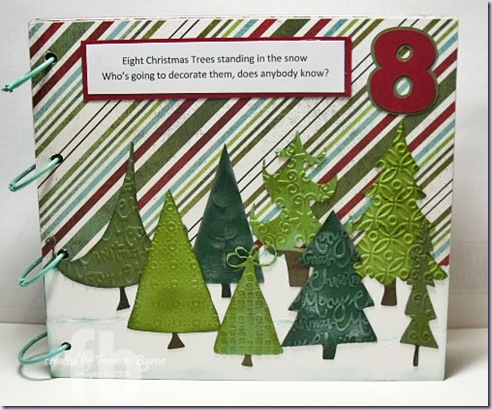 Who’s going to decorate then, does anybody know?

So that is it …. I know my rhymes aren’t the best but hopefully my Grandson won’t be a critic when I read it to him.

AWE!!! This book is pretty awesome just like you!!! Hope your grandson enjoys it. TFS!!!
have a very merry christmas!!
Hugs, Heidi Brawley

Love this book. I am sure your grandson will love this!

Oh Frances this is brillant!! I am sure William will love it.

I love your book... your grandson is a very lucky boy!!! And I think your rhymes are very cute!

William will love this Frances!!

You should be very proud of the book Frances, it turned out just beautifully. I'm sure William will treasure it as he grows and you will have fun reading it with him.

wow, wow, wow Frances, you are such a busy girl...this is fabulous!

What a gorgeous book - did he enjoy it on the day?