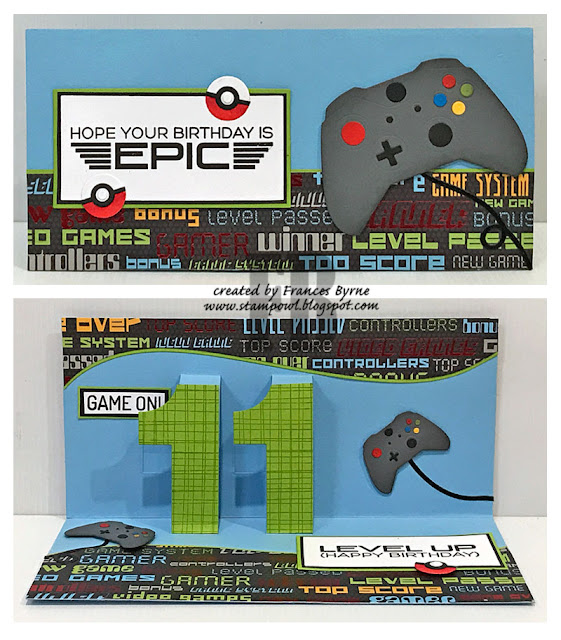 Yesterday was my grandson's 11th birthday, so today I am sharing a birthday card I made that his aunt gave to him.

Like most boys of his age, he loves playing computer games and is also into Pokemon right now, so that is the theme I decided to use for this card. 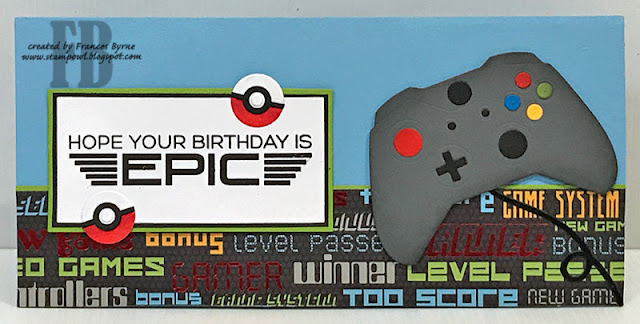 A number of years ago MFT Stamps released the Game Controller Die-namics set and the Level Up Sentiment Stamp set, both of this sets were released from their vault last year, so are both available again. So I decided to pull those out of my stash to use on my card today. I also found an old 12 x 12 paper pad that had computer game themed paper.
I don't know anything about Pokemon, and don't have any stamps etc, so made a few of Pokemon balls to embellish my card. 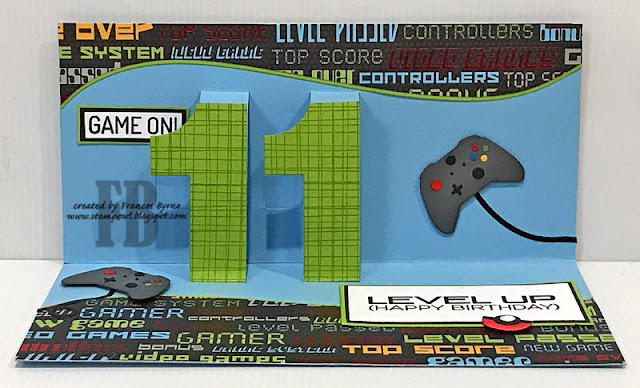 For the inside of my card, I created a pop-up card using Crafter's Companion's Pop-Out Individual Numbers die set. I die cut the numbers off centre towards the left side of my card. I die cut the numbers again in green to layer over the pop out numbers, add a background to the numbers using Simon Says Stamp's Sketchy Lines Background.
I used Photo Play Paper's #9 Borders die set which are a Slimline die set to die cut the patterned paper along both edges of the card.
I decorated the inside of the card using the small game controller dies included in the Game Controller Die-namics set and added two sentiments from the Level Up Stamp set. 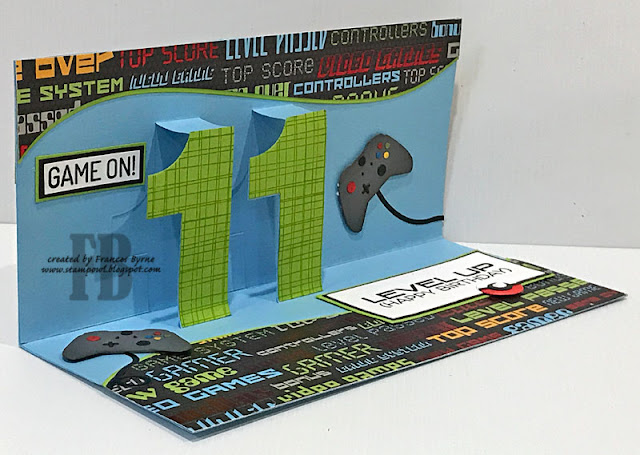 Here is another look at the inside of the card from a different angle, so you can see the pop up portion of the card a little better.