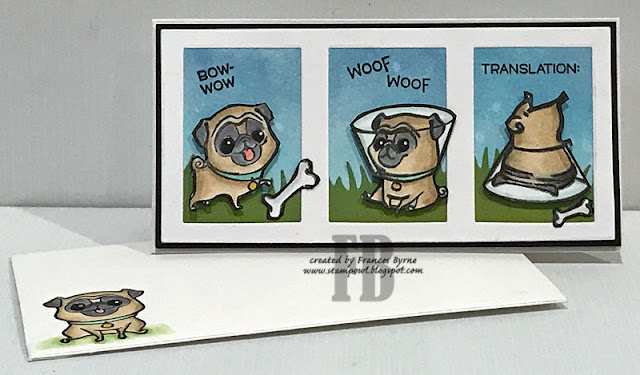 Hi Crafty Friends,
Today I am sharing a pug themed Mini Slimline card. My daughter has a pug and recently she had an operation on her nose to make it easier to breath. My daughter mentioned that should like to send the vet a thank you card ... so this is the result. 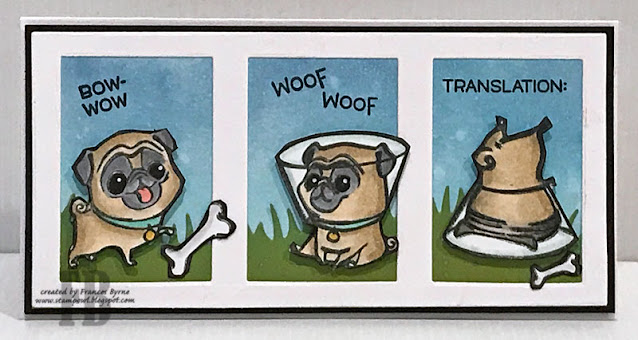 I created the mini slimline card using Trinity Stamps Clean and Simple Mini Slimline Panels die set. I used two  of the dies included in the die set to create the 3 panel theme from white cardstock. I then used white cardstock using one of the nesting dies included in the set to die cut a white panel. I used this panel to add blue ink using Distress Oxide inks. I added the grass along the bottom edge of the blue panel before adhering the white 3 panel frame to the top.
Frankie, the pug that had the operation, had to wear  a cone for a week and a half so I decided to pull our my Whimsy Stamps Wrinkles stamp set. I added Frankie before the operation on the first panel, Frankie with the cone on in the centre and then Frankie upside down because of the cone on the last panel.
The sentiment at the top of each panel is from Lawn Fawn's Critter Chatter Pets stamp set.
I layered the decorated panel to a black layer and then to a top folding mini slimline card that measures 6 inches x 3 inches. 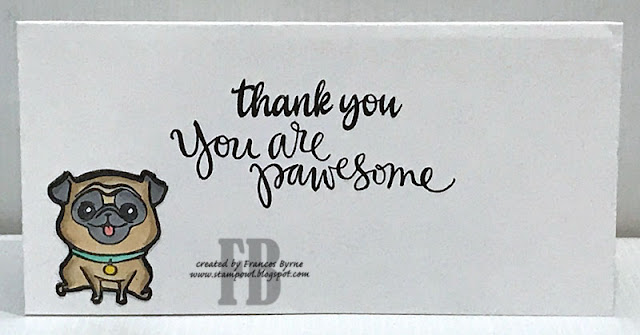 For the inside of the card I added the "thank you" sentiment from Sunny Studios Stamps Teacher Appreciation stamp set. The You are pawesome is from an older Simon Says Stamps You're Pawesome stamp set.
I added another pug to the lower left hand side of the card. 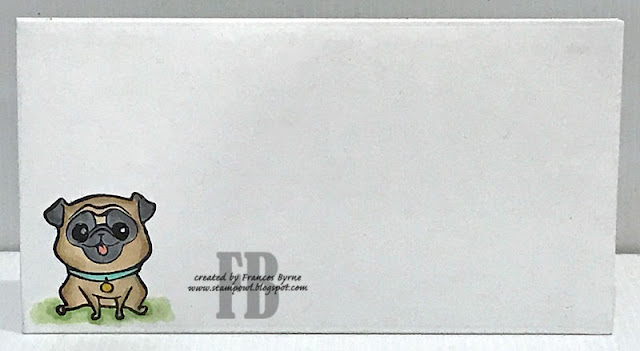 As I don't have any  Mini Slimline cards at present, but I do own Trinity Stamps Mini Slimline Card and Envelope die set I decided to make a Mini Slimline Envelope. The envelope is very simple, just die cut from thin white cardstock with another of the pugs on the lower left hand side of the card.

OMGosh Frances - this is so fun