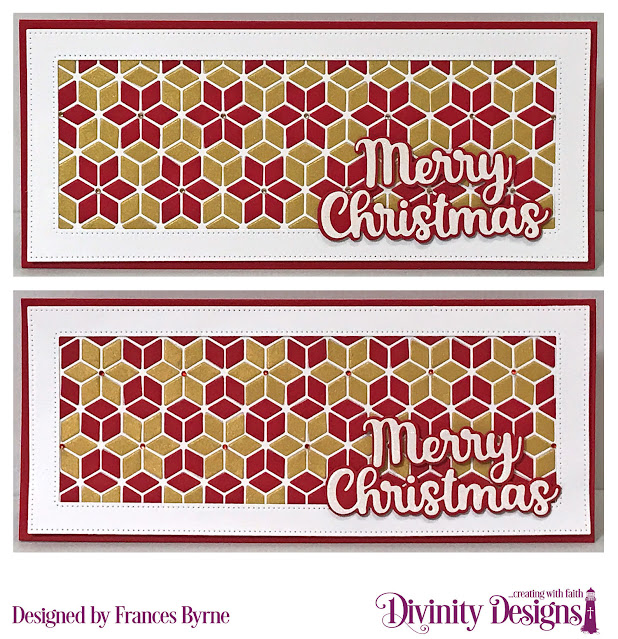 Hi Crafty Friends,
Today I am sharing two Christmas cards using Divinity Designs newest Slimline die ... the Slimline Cubes Background. Every time I looked at this die, I saw beyond the cubes that are in the die and saw a star or flower pattern forming. So of course I had to pull it out and play with the patterns in the die. 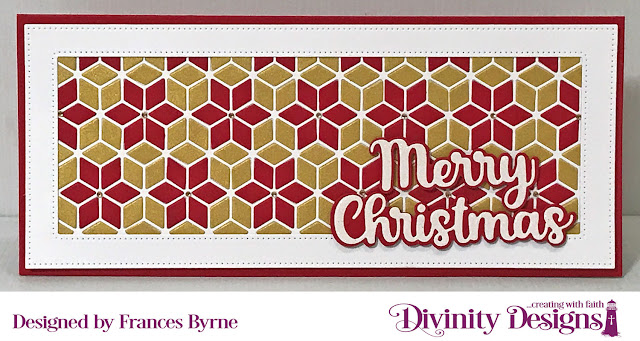 To create my card I used the Slimline Cube Background die to die cut three different colors of cardstock  ... white, red and gold. I removed all the inner pieces from the white panel and used the outline piece that remained to adhered it to another white panel which was completely covered with adhesive tape.
Next I started piecing in the red diamonds pieces into the outline of my white panel to create the red/star pattern all over the panel. Once you get started it is pretty easy to keep going, and while it looks like it would take forever to fill in, it takes no longer than when you are coloring in a number of images to create a card.
Once all the red stars/flowers where all done, I then filled in the remaining outline using the gold pieces.
I then used the Slimline Pierced Frame die which I die cut from white cardstock and adhered it over the decorated panel. And finally adhering this using foam tape to a top folding Slimline card which was die cut using Divinity Designs Slimline Card Base die.
I didn't want to hid the background too much with anything, as the background is the feature of this card. So I used the Merry Christmas & Layers die set which I adhered to the lower right hand corner of the card. The white layer of the sentiment was die cut using white glitter cardstock. 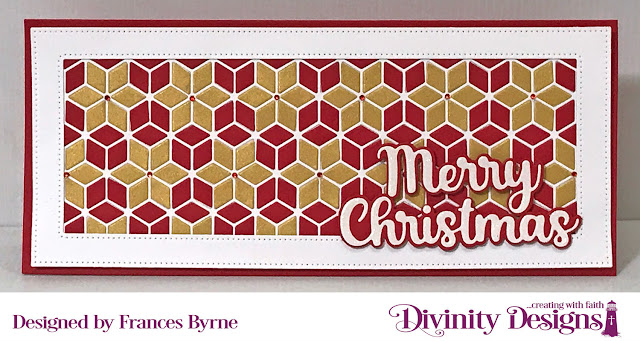 As I still had enough pieces left over from creating my first card to make a second card, I decided not to let them go to waste and create another card. This time around using the opposite colors for the star/flowers than the previous card.
For a little bit of bling, I added gold or red tiny jewels to the centres of each star/flower. 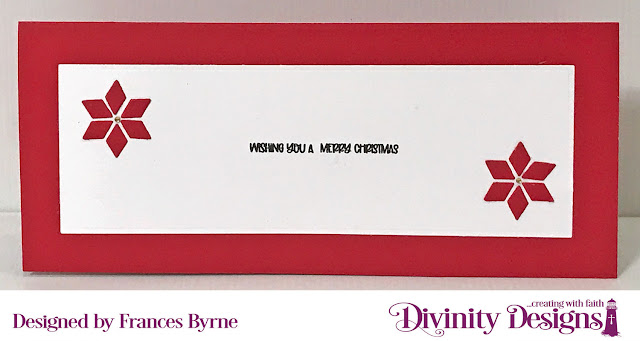 As I always like to decorate the inside of my cards when I am making them, I did with these two cards too.
I used the inner white panel which was left over after die cutting the Slimline Pierced Frame. For the sentiment I used two sentiments included in the Beary Christmas Stamp/Die Duos set which was also released this month. 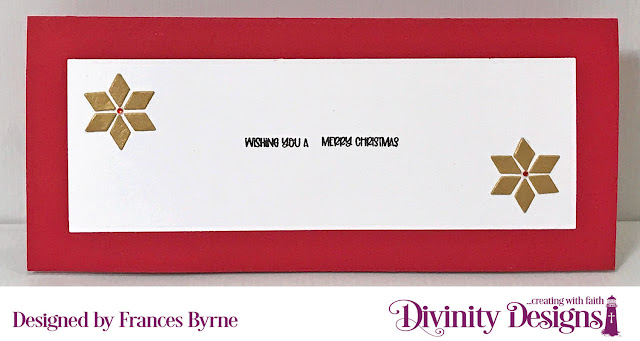 I used the Slimline Cube Background die to die cut a scrap of cardstock in red and gold. I then used these pieces to create stars/flowers to the inside of the card. I used red cardstock for the card with the red stars/flowers and gold for the other card.

These are so pretty - love that you got two cards out of it!