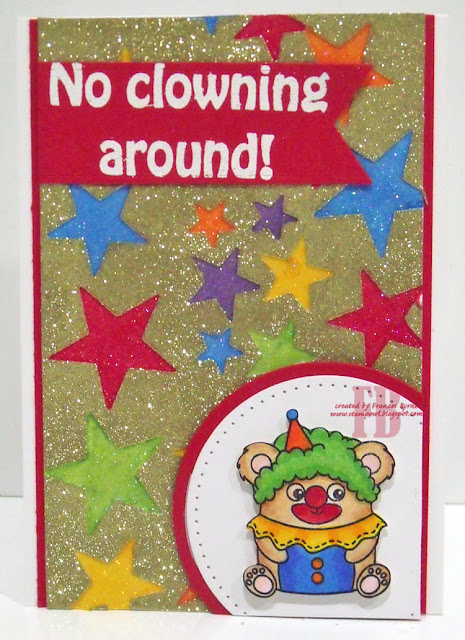 I recently created a card that needed a whole bunch of die cut stars. I had die cut them using white card stock that had Clear Double Sided Adhesive Tape on the front as I wanted to glitter the stars using the colors I had used to color the image of the card. After die cutting all the stars I was left with a piece of cardstock that had Clear Double Sided Adhesive on the front which I thought would make a great background someday for a card.

To decorate my card I used the cute clown from the Simon Says Stamp! Costume Critter Party. I white embossed a sentiment which is one I have had in my stash for years. 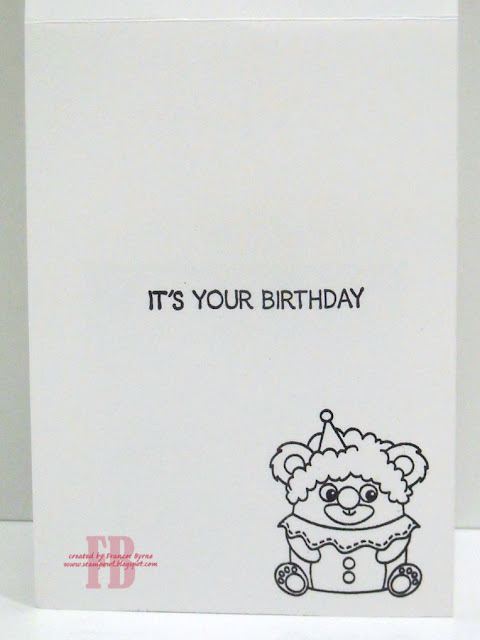 For the inside of my card I added another clown and a sentiment.

glittery and oh so sweet