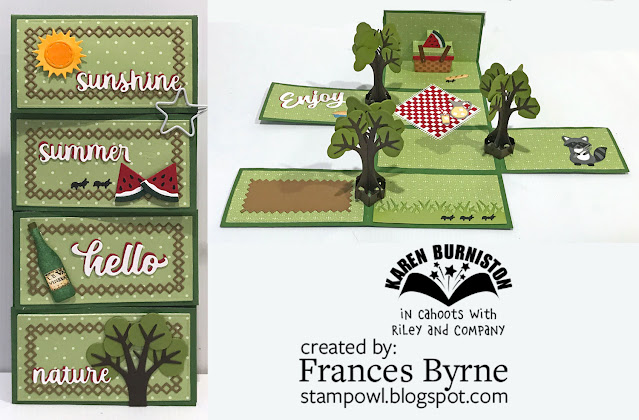 Hi Crafty Friends,
Today begins the sneak peeks of the new dies being released by Karen Burniston later this month. For my card today I am sharing a card that uses three of the new dies that are being released. The new dies I used on this are Slim Flaps and Frames; Tiny Trees Pop-up and Picnic Elements die sets.
A few months ago Karen Burniston shared a Slimline card she created which incorporated 4 flaps/doors which revealed pop ups on the inside of the card. This card was so popular that in this April release Karen has come up with a die set to create this style of card and others which is called Slimline Flap & Frames.
Here is a quick video to show my card in action.

As I had already created this style of card, I was excited to see this die set and of course couldn't wait to create another one.
This slimline card is 4 inches x 9 inches. I die cut the flaps from green cardstock and then used some of the layering dies included in the die set to decorate the flaps.
I used dies from the Sweet Treats Charms (watermelon), Wine Charms (wine bottle) Tropical Scenes (sun), Tiny Trees Pop-up (tree) to decorate the flaps. The sentiments used on the front are all from the Word Set 6 - Summer die set. 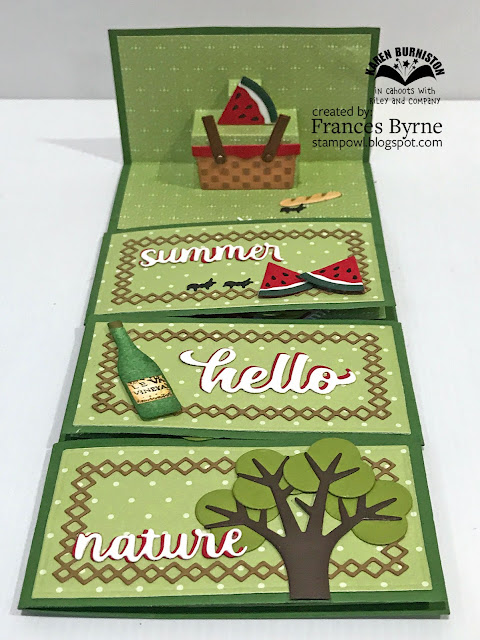 As mentioned above, this card incorporates 4 flaps/doors. The first flap lifts up, while the other three alternate either left or right.
When you open the first flap it reveals a pop-up using the pop-up included in the Mini Pops Pop-up die set. I added a watermelon from the Sweet Treats Charm set and the picnic basket, ant and bread from the Picnic Elements die set. 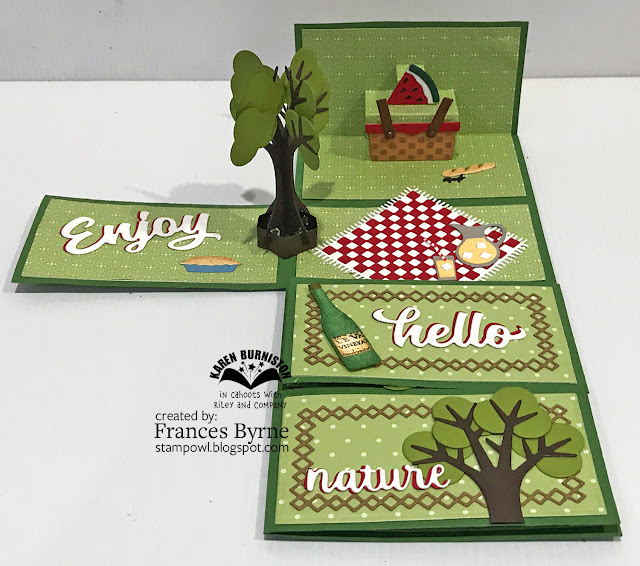 The second flap opens up towards the left side to reveal a pop up tree and picnic scene. The tree is from the new Tiny Tree Pop Up die set, this die set is going to be so much fun to use in future cards.
The picnic items are all from the Picnic Elements die set and I also added the Enjoy sentiment from the Enjoy the Ride die set. 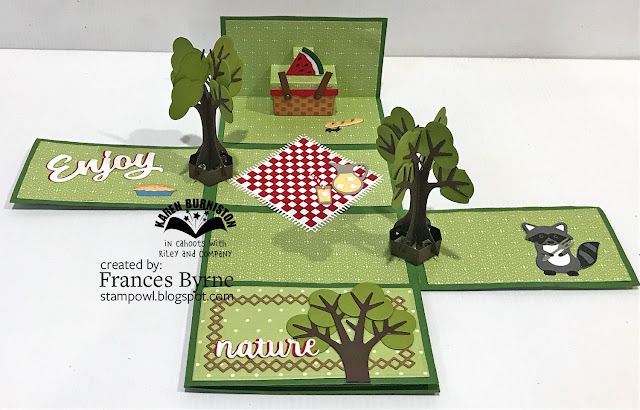 Opening up the third flap reveals another tree and a raccoon holding a fork ... this was made using the Woodland Animals and Chicken, Pig and Lamb die sets. 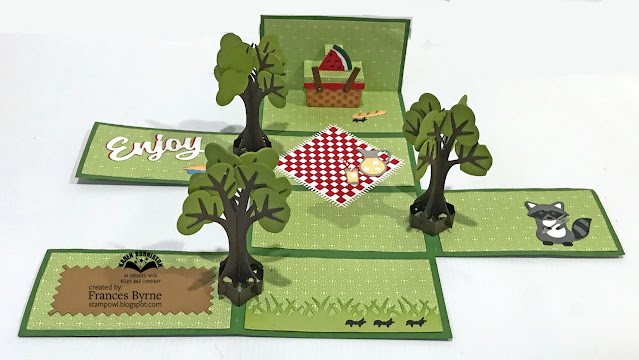 Opening up the final flap reveals a third pop-up tree, a panel to write a personal message, some grass & ants.
The grass uses the grass die from the Nature Edges die set and the ants are also included in the Picnic Elements die set. 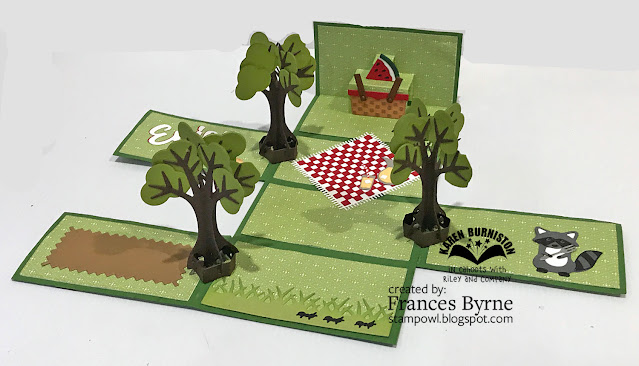 Each of the flaps are held closed by placing magnets under the patterned papers on the inside of the card. I found the magnets didn't work on the pop-up flap at the top of the card, so for this I used a fancy paper clip type element to close. I think the next card of this style I make, I will use 2 of those clips to close the flaps.

This is great ... and I adore the raccoon you added.